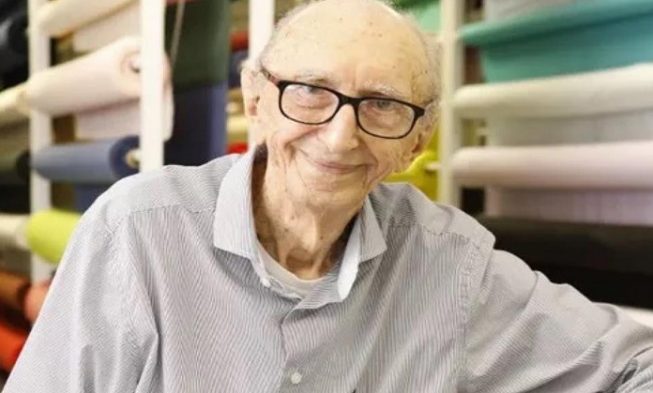 When Walter Orthmann was only fourteen, he began his journey toward setting a world record. He worked for the same textile company in Brazil for more than 84 years, catching the attention of Guinness World Records. The Guinness World Records tracks and recognizes the best achievements in the world.

They use fair methods to keep track of record-breaking achievements. According to their website, it began as a way to solve pub arguments. When Sir Hugh Beaver couldn’t find specific answers in reference books, he came up with the idea for Guinness to create a book.

Beaver enlisted the help of Norris and Ross McWhirter, twins who were also fact-finding researchers. The first Guinness World Records book took lots of work, including 90-hour work weeks leading up to publication in 1955. The hard work seemed to pay off as the book became a best seller and a highly trusted brand.

Orthmann’s achievement in the Guinness World Record came after working for 84 years at the same company. No one else had ever worked for the same company for so long, and he passed the record guidelines.

In January of 1938, Orthmann began his work at Industrias Renaux S.A. His family struggled financially, and it was common for children to work in those days. Orthmann told the Guinness World Records, “Back in 1938, kids were expected to work to help support the family. As the oldest son of five, my mother took me to find a job at the age of 14.”

His first position at the textile company was as a shipping assistant. From there, he moved up to sales until landing a management position.

Due to his German proficiency, he got hired by the textile company. When he became a salesperson, he filled enough orders to equal enough work for three months. This accomplishment came within a week of his new position as a salesperson.

What Kept Him Going

According to the Guinness World Records, Orthman enjoyed how work gave him a sense of purpose. He also liked the commitment and routine of his work life.

Orthmann had the opportunity to travel during his time with Industrias Renaux S.A., one of his favorite parts of the job. He enjoyed meeting new people. It helped him understand the world and the need to adapt to change. During his time at the company, he experienced many changes, including Industrias Renau S.A. changing its name to ReneauxView.

He loved meeting new people and clients and could become friends with many of them. He also enjoyed staying current on new processes and practices to implement into his strategy.

Was He Trying to Break the World Record?

Orthmann didn’t keep working to break the world record. Instead, he focused on staying happy and worked in an environment that allowed for it.

When Orthmann turned 100, he celebrated his birthday with loved ones and friends at ReneauxView. Orthmann advises staying present instead of focusing on the past or future. He used his curiosity to keep learning new things, moving forward continuously.

Orthmann prioritizes exercising each morning to keep his health up, likely contributing to his hundred years of life. His story shows that you can love what you do for a living. It also reminds you of your health and well-being.
How World Records are Measured

Guinness World Records has a set of rules for every record and requires specific evidence. This method ensures that everyone has a fair chance to achieve their goal.

The records vary over many categories and include a diverse group of record holders. Applying before you attempt to break the record can help you follow all guidelines. Once you fill out an application, you’ll receive all the necessary information.