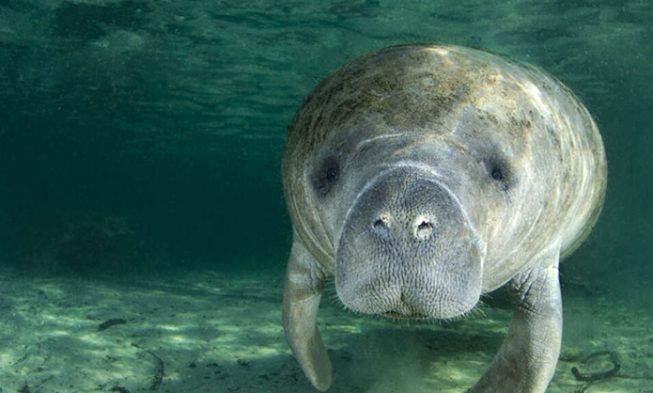 Florida officials received disturbing reports over the weekend. People claimed to have seen a manatee that had the name of President Donald Trump carved into its back.

As you can imagine, the reports were true. They are now looking for information on who has committed this brutal crime that left this gentle and innocent animal with permanent scars.

“The U.S. Fish & Wildlife Service is investigating the harassment of a manatee…reported to federal authorities over the weekend discovered w/ words “Trump” scraped in its back …discovered in Blue Hole on the Homosassa River” (via @CitrusChronicle )
–
Insurrectioning wildlife? pic.twitter.com/PvzI3pZ5Xn

On the animal’s back, the name “TRUMP” is clearly carved with some tool. This must have been extremely painful for the animal and it can be seen in video and photos that are simply disturbing.

⚠️HELP FIND WHO MUTILATED A MANATEE: U.S. Fish and Wildlife Service is investigating who carved the word “Trump” on a Florida manatee. USFWS is looking for any information: cal Florida Fish and Wildlife Conservation hotline at 888-404-3922. https://t.co/FXQ2l3fYTj pic.twitter.com/jI9kL1BNe5

In specialized centers, it can take years to rehabilitate injured manatees. The last thing we needed was another reason to be outraged by seeing these innocent animals suffer and getting tortured for no reason whatsoever.

This specific instance of cruelty is outrageous and the crime should be punished. The long-term violence against wildlife that former President Trump induced himself must also be remembered.

Under the Endangered Species Act of 1973, manatees are considered endangered marine animals. Injuring or harassing these animals is going to get you a fine of up to $100,000 and/or a year in prison.

The Fish and Wildlife Restoration Organization based in Florida right now just put up an offer of $5,000 reward for literally any information leading to the guilty party’s prosecution. They strongly encourage any individual who can provide any details whatsoever to call (888) 404-3922.