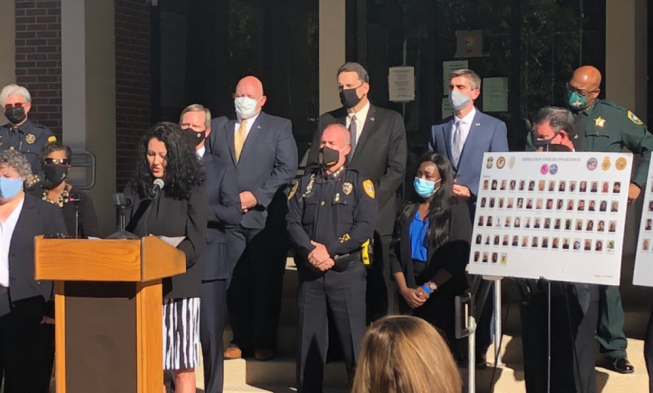 In a large-scale investigation into human and sexual trafficking, the North Florida Police Department announced it had detained more than 170 people.

In November 2018, the Tallahassee Police Department announced that the investigation began two years ago. Photos of a child posted on a website selling sex for money were found by investigators. According to a press release, TPD’s Special Victims Unit dubbed the operation “Stolen Innocence,” to rescue the kids they saw online.

Lawrence Revell, the chief of police, exposed all the findings of Operation Stolen Innocence. This was a highly classified investigation into the commercial sex trafficking of girls. When they stole them, the girls were only 13 and 14 years old.

Considering the largest number of cases recorded, Florida is in the top five. For human-trafficking calls, Orlando ranks third in the country. Recently, in August 2020, Seminole County opened a shelter for survivors of sex trafficking.

In disclosing potential acts of trafficking, TPD encouraged the community to be cautious. They want individuals to search for victims who tend to be malnourished, who display signs of physical violence, or who do not have official identification and personal belongings.

There is a hotline and it’s always available for calling. The number is 1-888-373-7888. Please call if you or someone you know is a victim of human trafficking.