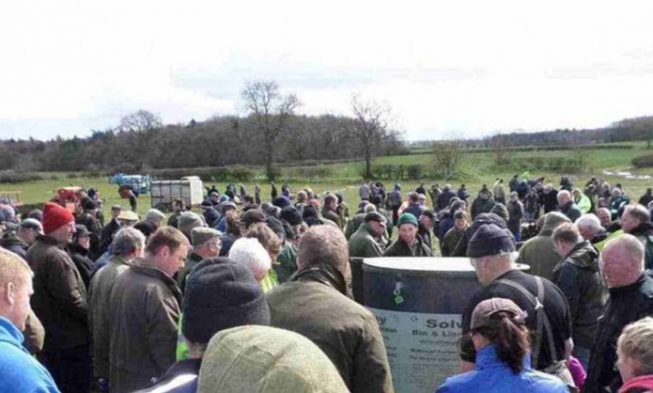 This is a story that makes us believe in humanity. If it weren’t for the kindness of these farmers, a young man wouldn’t have been able to win back his family farm. This is a story which took place in Nebraska, and features a family that has lost their farm several years ago.

It was not their fault, which is why all the farmers present at the auction, let them win that land back. All the farmers decided to remain silent, so that the auctioneer would have to give this family the farm they came to bid on.

Why did they lose the farm?

The story goes back several years ago, when this family lost their farm because one of their ancestors decided to sell it to a relative who didn’t have much interest in farming. The entire family felt devastated because they were taking good care of the farm.

All of them were extraordinary farmers and they knew what they were doing around there. Anyways, knowing the business well, they were certain that the relative who got the farm wouldn’t last long.

So they started collection money so as to be prepared for the day when they farm would go on sale, probably on an auction. They knew that for several years they would be given the chance to win their farm back.

The surprising event that happened at the auction

Eventually that day has come, but they didn’t have so much money. So their only hope was that there will not be so many people interested in their family farm. However, when they got there, they knew that they didn’t have much chance to win their farm because there were 200 farmers present there.

They were aware of the way auctions work. The man who offers the highest amount of money for anything people are bidding on, wins.  Anyway, David and his father were looking forward to the moment when their farm will be presented. So when the moment came, they made their bid and were waiting for the other to try to outbid them.

But on the contrary, there were no voices whatsoever. No one tried to win their farm. 200 farmers remained silent. Not because the farm was not worth the money, but it was because they wanted to let David and his father own their farm again and start working on it.

How did it all happen?

So it turned out that all the farmers present had made a deal beforehand. They decided not to stand in the way of this family and to let them win their farm again.

David and his father didn’t ask them to do it. It was just that all of them were willing to help their fellow farmers. The auctioneer tried to praise the land and gave them some time to think about it, but no one accepted that challenge. At the end, the auctioneer had to sell the farm to David’s family, so the land returned back to the place where it belonged.

After the auction, David said that he will never forget that day! It was amazing!