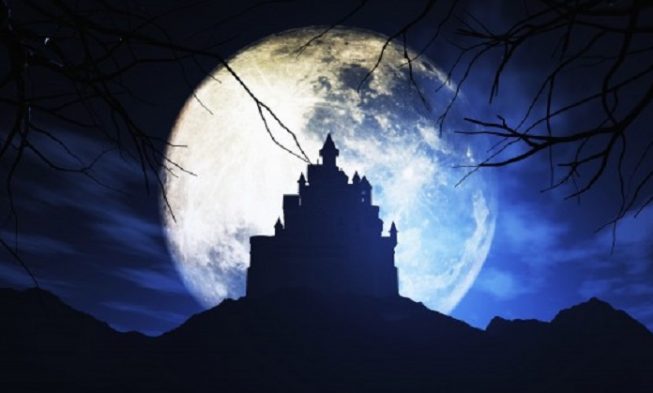 In an article before about Halloween Pumpkin Smoke Bombs, we’ve talked about the origin of Halloween. What’s very intriguing about this year’s Halloween is that it will have a full moon. This full moon won’t be any ordinary full moon. The full moon on Halloween night will be a Blue Moon.

What is a Blue Moon?

Blue Moons are not quite a frequent phenomenon that involves a full moon appearing within a given period. This period can vary.

There are two definitions for this phenomenon, both varying in time. One definition is that a Blue Moon occurs as the third full moon in one season which has four full moons. This Blue Moon is called a seasonal and it happens every 2.5 years.

The second definition is when a full moon occurs twice in a single calendar month. The second full moon is the Blue Moon. Between full moons, about 29.5 days need to pass for another one to occur. This is why it’s so unusual to have two in the same month. Every month (aside from February) has 30 to 31 days so fitting in two full moons is very rare. The last time that we’ve had a Blue Moon occurring as the second moon in the month was on March 31, 2018.

A major misunderstanding about the Blue Moon is that it will appear ‘blue’. This is not the case, but it will be extra bright.

This year’s Halloween will bless us with the rare Blue Moon which will definitively add more to the spookiness of the holiday. Whenever we think about ‘All Hallow’s Eve,’ we all think about monsters, vampires, werewolves, and zombies being lit up by a full moon. The last time we had a full moon for Halloween was in 2001 and only in the Central and Pacific time zones. The last time a full moon emerged on Halloween for everyone across the world was in 1944.

A full moon on Halloween generally happens roughly once every 19 years. This pattern is known as the Metonic Cycle and it was discovered in 432 BC by Meton, of Athens.

Having a full moon on October 31st will enhance things also so make sure that you’re outside viewing the moon or part of some kind of festivities. Because of the coronavirus pandemic, many festivities won’t be happening since large gatherings are not allowed. However, you can still go out to a place where you can see the moon with a couple of your friends and enjoy the beauty of it.

Even though it sounds like it’s just another full moon, this year’s Blue Moon will bring very special energy forth. Additionally, having a full moon on special nights makes it even more interesting.