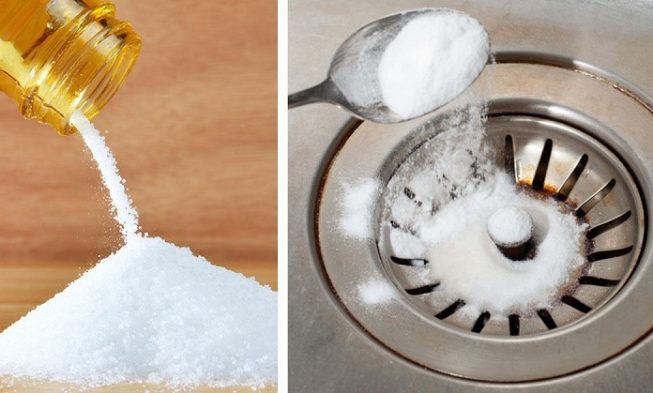 Salt, NaCl, or sodium chloride is a name for the mineral substance of great importance to human and animal health, as well as to industry.

Salt is essential to the health of people and animals, used universally as a seasoning. This product is fine-grained and of high purity. Here is a list of other properties of salt:

The daily use of salt is closely linked to the progression from nomadic to an agricultural life, a civilizational step that deeply influenced the rituals and cults of almost all ancient peoples. Salt was usually included in the sacrificial gift which consisted of whole or in part of cereals. It was widespread among the Greeks and Romans and among several Semitic peoples.

One of the oldest salt roads was Italy (Salt Route) through which Roman salt was transported from Ostia to other parts of Italy. Also known are the caravan route that united the salt oases of the Libyan desert and the ancient trade between the Aegean and the shores of the Black Sea in southern Russia.

Salt in the form of cakes was used as money in Ethiopia and elsewhere in Africa and Tibet. In the early 21st century China, the United States, India, Germany, Canada, and Australia became the world’s largest salt producers.

As human bodies need salt it is necessary to know the amount of its intake, so we offer you some proven facts:

Besides the use of foods, salt has a myriad of other uses, which can be around 14,000 uses, and here are some of them.

When the cleaning sponges are near the end of their use, you can extend their lifespan by soaking them overnight in a liter of water to which a quarter cup of salt has been added.

If you are bothered by the unpleasant smell of garbage, never be afraid, because salt can help you.

Sprinkle just half a cup of salt directly on the disposal, and a little water will refresh even the softest trash.

A little salt makes it easy to remove leftover food that is baked in a pan, so sprinkle salt on the pieces of baked leftovers and add a little water. Leave the dishes for a while then wash it.

A cracked egg on the floor can be quickly cleaned by sprinkling salt on it, and then wipe the place with a paper towel.

Fires are caused during cooking, and the fastest way to put out a greasy fire is to throw a handful of salt on the flame. It is therefore recommended to keep a box of salt next to the stove.

Purchased fresh cheese should be eaten in a day or two, if you want to eat it later you must protect it from mold, using salt. Wrap a block of cheese in a paper towel soaked in saltwater before placing it in the refrigerator.

A pinch of salt is added to milk or cream and can help it stay fresher for an extended period of time.

During cold winter days, you can keep the kitchen window without freezing if you use a little salt. After washing, apply saltwater to the windows and leave them to dry and this will protect them from frost and your windows will be clean.

If you soak walnuts with hard shells in a solution of saltwater for a few hours, they will crack more easily.

Most often, the oven needs to be cleaned in the kitchen, as this affects the taste of the food as well. To prevent food from leaking over the edges of the dishes in your oven, immediately, sprinkle salt on any spills, and when the oven has cooled, wipe the stain with a cloth or sponge.

Burnt stains on milk and the unpleasant odor associated with it can be removed with the use of salt. In a pan with burnt milk, add a little salt and let it stand for a while, then wash the pan.

In greased cast iron pans before washing add a little salt, then wash the dishes, and wipe the salt.

Long-lasting lipstick sticks to the case and is difficult to clean. Rubbing a little salt on a glass of colored lipstick will remove things before you wash them.

Your cutting boards and breadboards will be damaged by cutting overtime, but they can look just as good as new if you rub them with a damp saltwater cloth.

If you are not sure if the eggs you have in the fridge are still good to eat, put the egg in a cup of water containing two teaspoons of salt. A fresh egg will sink, but if it floats then it is not for use.

When you don’t want to clean your refrigerator with chemicals, using a handful of salt mixed with a liter of water can be of immense benefit. You can apply the mixture with a sponge, and clean the inside of the refrigerator without damaging the surfaces.

Remove the dough that has stuck to your countertop using salt and a sponge. Easy and simple.

Sometimes after drinking delicious coffee on the cup can remain noticeable rings that cannot be cleaned with a regular cleaner. Fortunately, you can eradicate these stains with salt and sponge, rubbing directly on the rings.

In the same way, as with your favorite coffee cup, the teapots get dirty. To clean them put salt and let it stand overnight and the next day boil boiling water through a teapot to make it shine.

In a dirty percolator, the taste of coffee is not as it should be. You can clean it by adding to filled percolator with water four tablespoons. Rinse the saltwater solution well and your next cup of coffee should be delicious.

Prevent grease from spattering, by adding salt to the pan before you start frying the food that spatters most often.

If you don’t like the taste of the burnt coffee, add a dash of salt in it, and restore its sweetness.

People add salt to a pot of water before cooking it because it speeds up cooking by forcing food to cook at a higher temperature.

One of the tricks to remove shells from hard-boiled eggs is adding a little salt to the water you plan on boiling your eggs. It will help you to take the shells off effortlessly.