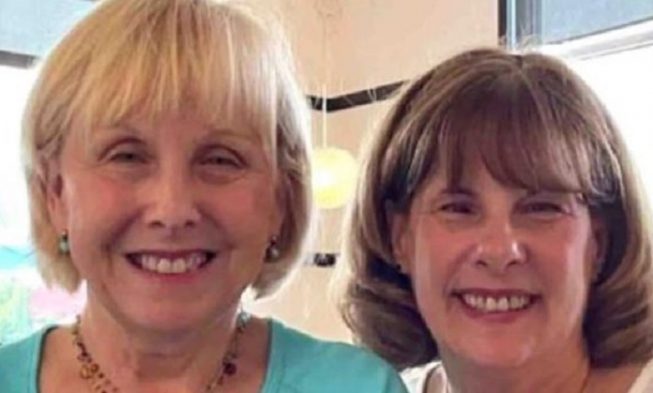 Can you imagine finding out that your dear colleague is your long-lost family member- your half-sister?

Believe it or not, it happened to Cheryl Becker and Linda Rinaldi!

Cheryl Becker is 68 years old, while Linda Rinaldi is 69.

The two met while working at a hospital in Connecticut, over three decades ago.

Both women always had a feeling they are somehow connected and that they shared something unique.

“She’s always been the nicest person I’ve ever known.”

Yet, although they have met three decades ago, they lost contact as Rinaldi moved away.

What changed things was the interest Cheryl’s husband, Ralph, gained in genealogy and ancestry.

According to Cheryl, this interest was a blessing. She was presented with a DNA test as a gift and had visited one of the DNA websites to check it out.

Then, while she believes she was part French and part Italian, the DNA results said otherwise.

“It was telling me I was from the British Isles. It didn’t specifically say Ireland, it didn’t say that I was totally Irish. But it didn’t tell me I was Italian, and that was all I knew.”

These revelations suddenly made her feel like she has been living a lie her entire life. Shocked, she looked in the mirror and kept asking herself, ‘Who am I?’

Things got even worse when she found out that the man who raised her was not her biological father.

“I don’t think he ever knew that.”

She was extremely confused by the chaos she was living in.

Yet, the genealogy tests offered a ray of hope for the suspecting half-sisters.

.@annenbcnews shares the incredible story of two Connecticut women who started off as coworkers and made the shocking discovery that they were sisters. pic.twitter.com/Or40tFrzEN

Namely, the results indicated she was closely related to Linda Rinaldo.

At this point, she told her husband that she used to work with her and could tell that it was the same person.

“She said we were related, that’s all she told me. I said, ‘Wouldn’t it be funny if we were sisters?’ And she says, ‘I know you’re my sister.’”

Linda joked that she never thought that she would ever find someone who had the same sense of humor as herself.

Yet, the results from the DNA test confirmed the hunch- they were half-sisters!

They were born only 16 months apart.

Cheryl Beckers claims that it was like a blessing from above, as she felt that Linda made her realize a sister’s gift:

“The fact that she welcomed me with open arms. She just welcomed me. And I think that was the turning point for me.”

The long-lost sisters now have all the time in the world to make up for the lost time.

Becker added that they had lost the last 30 years but have received the next 30, instead.

“We have to make memories like sisters do. A hard thing turned into a beautiful thing.”