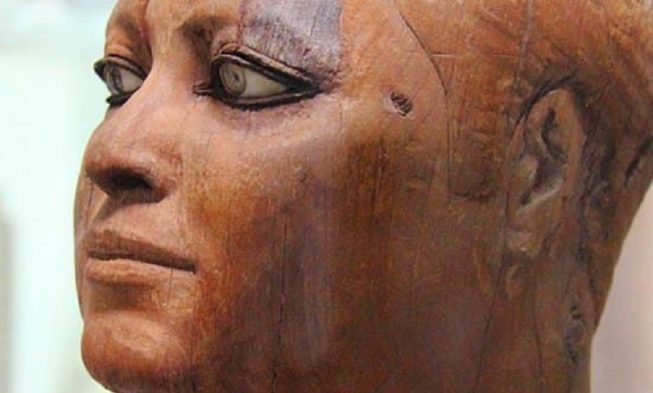 Egypt is probably the richest treasure trove on Earth, and if you have been blessed to visit it, you already know that it offers much more than just the famous pyramids.

Among the numerous other things, the ancient Egyptians were especially renowned and valued for their funerary statuary and art.

Ka’aper (also known as Kaaper or Sheikh el-Balad), was a well-known priest and scribe, and the wooden statue of this important figure from ancient Egypt is an incredibly lifelike piece of art whose craftsmanship, a hyperrealistic and beautifully crafted statue which proves the immense skill of the ancient artisans. 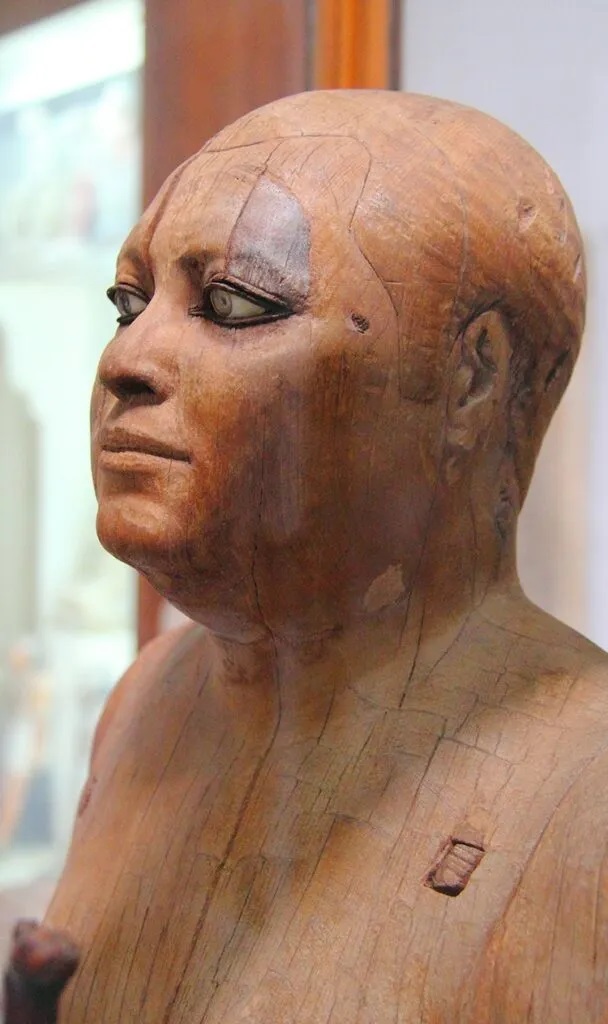 The wooden statue of Ka’aper is an extraordinary piece, due to its incredibly detailed appearance, which is another proof of the skills and expertise present in ancient artisanship.

This statue was discovered in excellent condition within his tomb (called a mastaba) at the Saqqara necropolis, and it dates to the 5th dynasty of Egypt, circa 2500 BCE.

The statue does not reveal an idealized character, but one that looks incredibly realistic. 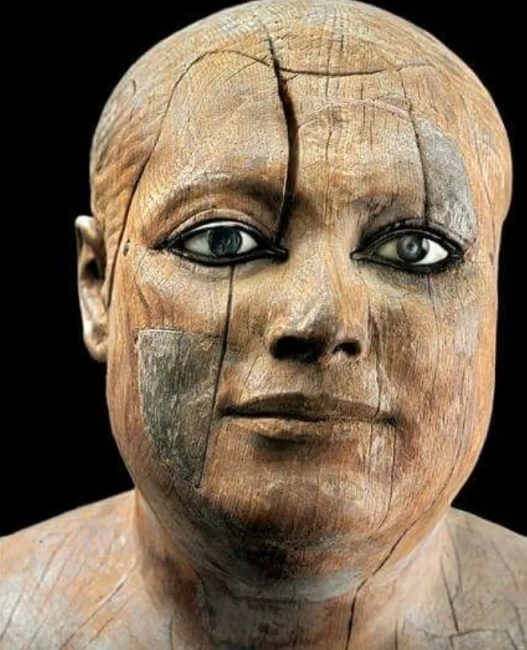 The statue is in a striding pose and holds a staff, which indicates that Ka’aper held some sort of power. He had an official, but not very high-ranking, role.

One of the most striking features of this sculpture is its rock-crystal and copper eyes, which add stunning realism to the piece.

It is also remarkable that the statue was preserved in such a shape after all this time, as it was carved from sycamore wood.

Yet, the originally plastered and painted outermost layer is the only element that has disintegrated over time. 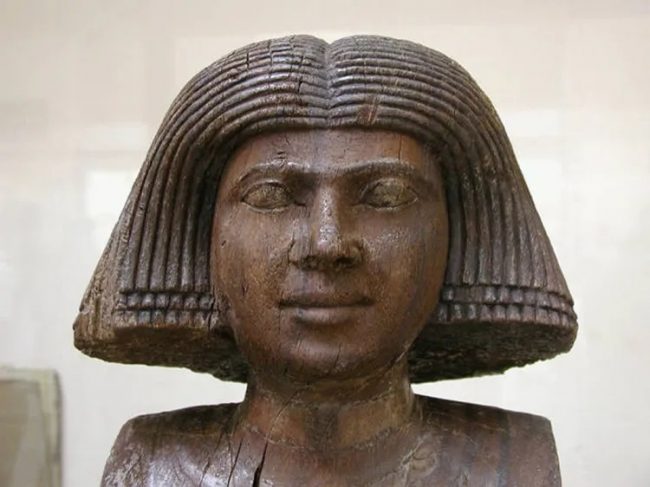 In a funny twist of fate upon its discovery, the figure had a striking resemblance to the mayor of the excavators’ town, and due to this, the statue got one of its names—Sheikh el-Balad, meaning mayor or town leader in Arabic.

In the mastaba, alongside this statue, there was another statue of a woman, carved in wood. It is believed that she was Ka’aper’s wife. 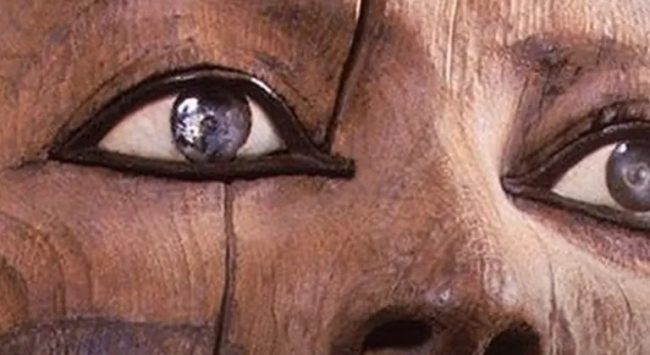 The left eye of the statue has a grey mark, which some scholars believe was a cataract, or eye illness with which he suffered. Yet, this could also be a result of a weakening of the resin.

Nowadays, the unbelievably life-like statue is held at The Egyptian Museum in Cairo, Egypt, a place where one can also see numerous other impressive examples of Egyptian art.

Learn more from the video below: