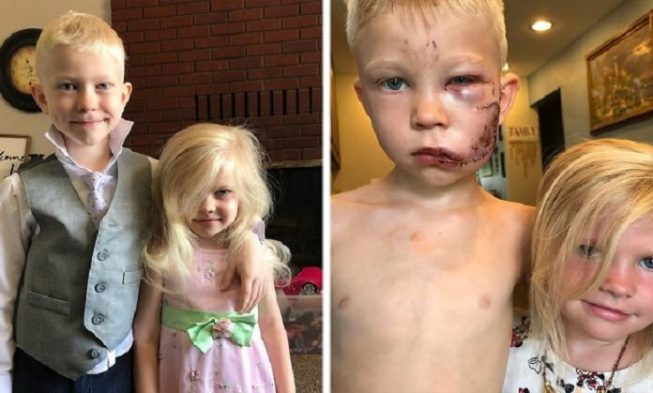 About 68% of U.S. households own an animal. In a statistic made by APPA in 2019, about 90 million dogs and 94 million cats are either stray or living in U.S. households.

More than 50 million households in the U.S. own pets, meaning that about 40% of the entire population in the U.S. has a pet. On average, there are 1.6 dogs per pet-owning household.

With that many dogs existing in the U.S., there’s bound to be people bitten by dogs.

People Bitten by Dogs in the U.S.

4.7 million people and more are bitten by dogs every year in the U.S.

Dog attacks and bites in America are regularly studied by the Center for Disease Control (CDC).

Out of all dog bites nearly 800,000 of them need medical attention. In 2019 the US population has exceeded 328.2 million, meaning approximately 70 people get bit by a dog, according to the CDC statistics report.

The reason the percentage of dog bites is high (70%) is because dogs aren’t neutered.

Reports from 2006 show that 97% of the people who were bitten by a dog were unaware that neutering can reduce aggression, especially in male dogs. United States dog bite statistics claim that a neutered male dog is 2.6 times less likely to attack than an unnurtured one.

Bridger Walker, an a six years old boy from Cheyenne, Wyoming, became a real-life superhero after protecting his little sister from an aggressive dog. During this attack, the dog injured the boy and he had to get 90 stitches. The boy claimed that the reason why he saved his sister is that if someone was to die in that situation, “I thought it should be me,” claimed Bridger.

This scary situation occurred at a friend’s house on July 9 where the siblings played in the backyard with their friend and a couple of dogs. Their friend pointed out which of the dogs was the aggressive one and mean (a 1-year-old German Shephard mix). Instantly after pointing him out, the dog charged at them which made Bridger put himself in front of the dog and his 4-year-old sister.

The dog latched his teeth on Bridger’s face as he was yelling to his sister to run. Immediately after the dog released its teeth, Bridger grabbed his sister and they both ran away from the aggressive dog.

After the incident, the owner of the dog immediately secured it and ran to Bridger to put pressure on his wound, calling for emergency care. The boy was taken to the hospital where Dr. Joseph F. Looby, a plastic surgeon, gave him 90 stitches.

Bridger has been discharged from the hospital and returned to his house. Despite his injury and pain, he lived through, he still has his spirit. Additionally, he doesn’t blame the dog or the owners for the situation.

Bridger’s aunt, Nicole Walker, is the reason why his story became so popular on the internet. She shared the heroic story on her Instagram and tagged many actors from the Avengers movies, telling them that they finally got the newest addition to their superhero group.

After his heroic actions, Bridger is called a superhero throughout the world. Celebrities such as Mark Ruffalo (Bruce Banner/Hulk, Avengers) made comments praising the bravery of the boy.

Chris Evans (Captain America, Avengers) made a video speaking to the young boy and gifted him with a shield.

Hugh Jackman, Tom Holland, Zachary Levi, the Russo brothers, Chris Hemsworth, Robbie Amell, and Anne Hathaway are some of the superhero actors and actresses that showed some kind of support for Bridger. Anne Hathaway even made a post on her Instagram.