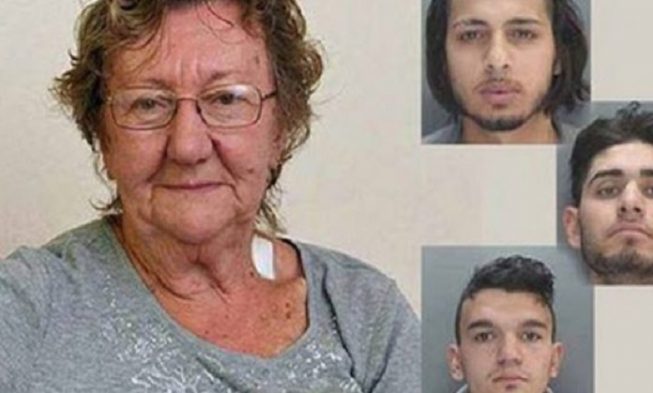 Three men attempted to rob an elderly woman when she stopped at the ATM to withdraw some cash. However, the strong woman managed to fight back, and the robbers eventually ended up in prison.

The elderly are usually considered frail individuals, so they easily become a target for criminals. Fortunately, not all old people are incapable of defending themselves, and a 77-years old granny is another proof of this!

Three young men were surprised to find out that this grandmother still had a lot to offer when it comes to putting up a fight!

A few years ago, Winifred Peel from Wirral, UK, stopped by the ATM to get some cash, when three young men, Piper Dumitru, Florin Geblescu, and Felix Stoica waited for her.

However, instead of stealing her money, they ended up in prison! The robbers surely hadn’t counted on the fact that the old woman had grown up with three brothers and went to the gym four days a week!

As soon as she began the transaction, she noticed them coming up to her right. Two of them pushed her and took her off balance.

When Winifred saw the third man behind her, she remembered seeing them earlier that day, when she was at the bank.

As the second man tried to pull £200 from her account, she grabbed him by the collar and pushed his head into the ATM. She then got in another three hits before they were forced to flee.

Winifred then called the police, and they were apprehended later that same day. The police could pick Stoica up very easily, as he still had blood on his face.

The three awful people were imprisoned, and the woman said:

“They did not care about how this would affect me. I would definitely say this has changed my life, I will never have the confidence I once did. I only hope my confidence returns.”