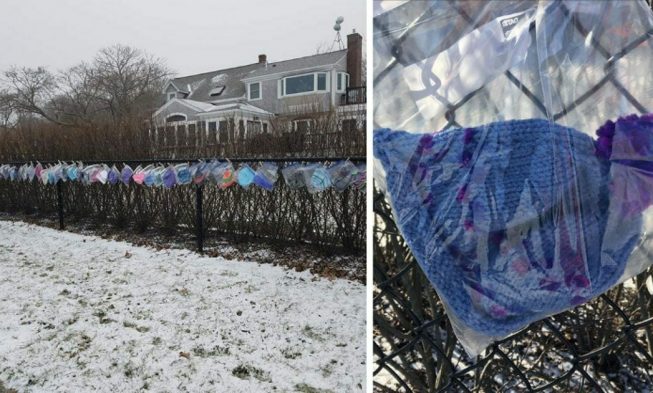 This 87-year-old woman that lives in Massachusetts spent many months knitting 75 hats which she plans on donating to children so that they could keep warm during the brutal winter. The woman also wants to stay anonymous.

The elderly woman wanted to find some way to give back to her community and even though she isn’t as active as she used to be, making these hats made her busy and able to contribute in some way. One hat takes her an entire day to make, however, she believes that however long it takes her to make one, it’s completely worth it.

She made a statement on Boston 25 News, saying that “I like doing them. I think its fun. I just like to stay in the background. Just because it makes me feel good that I can do something for someone.”

Loved doing this story today! A mystery woman knitted 75 winter hats for kids in need, and left them at a park for anyone to take! Hear from her at 5:15PM ONLY ON @boston25 #randomactsofkindness #givingback #GoodNews pic.twitter.com/v51jUPPYaM

After she finished knitting 75 hats, her daughter hung them all in plastic bags on the fence at the Nelson Memorial Park in Plymouth, Mass. Additionally, she donates knitted hats to homeless shelters and wants to do the same thing the following winter.

“Just these little things would mean so much to someone who doesn’t have anything,” she added.

Stories such as this one remind us of the amazing things we can do with the talent and motivation that we have to impact the lives of others.