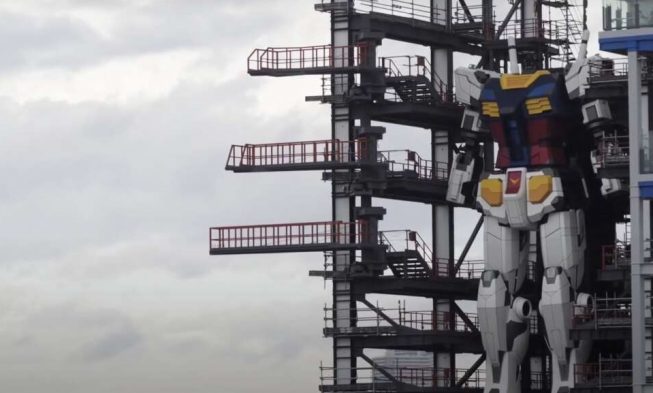 As an inspiration for the popular TV series and manga, Gundam, a 60-foot robot was created. This massive robot is still in construction in the Gundam Factory Yokohama, Japan. In a video, it’s seen being lifted and lowering its legs, preparing for its debut in October 2020. However, due to the pandemic, the debut might be postponed to a later date.

You can see the massive robot on the video below

Workers in cranes can be seen tweaking the robot’s moving parts as they create mechanical testing. This test is only one of many because there’s no weight put on the legs of the robot. Even though the robot won’t fight supervillains, it still looks amazing just to make it walk.

The Gundam Factory Yokohoma started working on the robot in January with the idea of creating a spectacle that weighs 25 tons, 60-foot tall, and the ability to walk. The robot will also feature articulated fingers, the ability to support its huge weight, as well as 24 degrees of freedom. It’s no wonder since Japan has one of the most impressive records on robots.

At the moment, the robot is located in the Port of Yokohama, just outside of Tokyo. It will stay there for about a year. Everyone’s incredibly excited to see how this robot will turn out.

Gundam is a very popular metaseries of anime, an animated adult cartoon, which was created by Sunrise studios. The first release of the metaseries began on April 7, 1979. The entire anime features giant robots (mecha) called Mobile Suits and the protagonist’s Mobile Suit carries the name ‘Gundam’.

Since the start of the TV series, the franchise was spawned and many more works were released on different media. There have been releases of different television series and OVAs, manga, movies, novels, and video games.