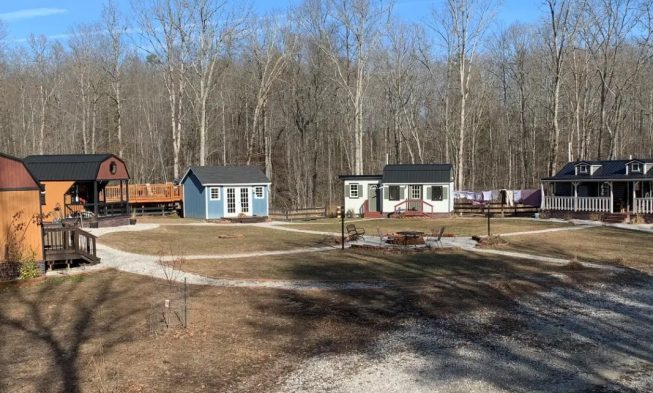 Many people across the United States are either interested in or buying tiny houses. Getting a tiny house is not a bad idea. Not only will it cost you less, but it’s much easier to build and maintain. Tiny houses require less electricity, cleaning time, produce less waste, and are environmentally friendly.

One such Kentucky-based family, the Brinks, decided to buy a tiny house for themselves. The family consists of the parents Keli and Ryan, as well as their two children, Lennox (18-year-old girl) and Brodey (16-year-old boy).

After living in Michigan in a 2,200 square foot house, the family decided to move and switch their lifestyle.

Keli claims that her husband, Ryan, decided that he wanted to buy just one cabin for all four of them. However, she insisted that they each have their privacy. So instead of buying just one cabin, Ryan decides to buy 6!

Back in 2015, the family decided to purchase land in London, Kentucky. They decided to buy the land in Kentucky because the state has a lack of restrictions for housing. The land that they purchased was much cheaper than in Tennessee. The family purchased a 21-acre land for $57,000 and transformed it into their private village with tiny houses.

The Brinks have thought about all details and all things they would need and put them in a sustainable village with 6 houses. Each family member has a house for themselves (aside from Keli and Ryan who share a house). This is how the family decided to divide the houses:

This is the house that both Ryan and Keli live in. It’s 280 square feet in size 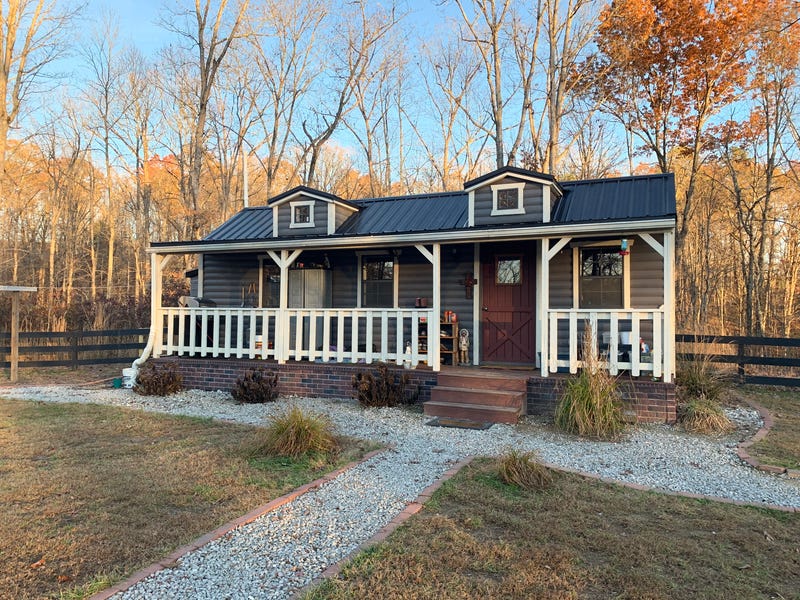 This is the biggest house in the village and it cost $9,000 to build.

It has its living room, kitchen, and bathroom. 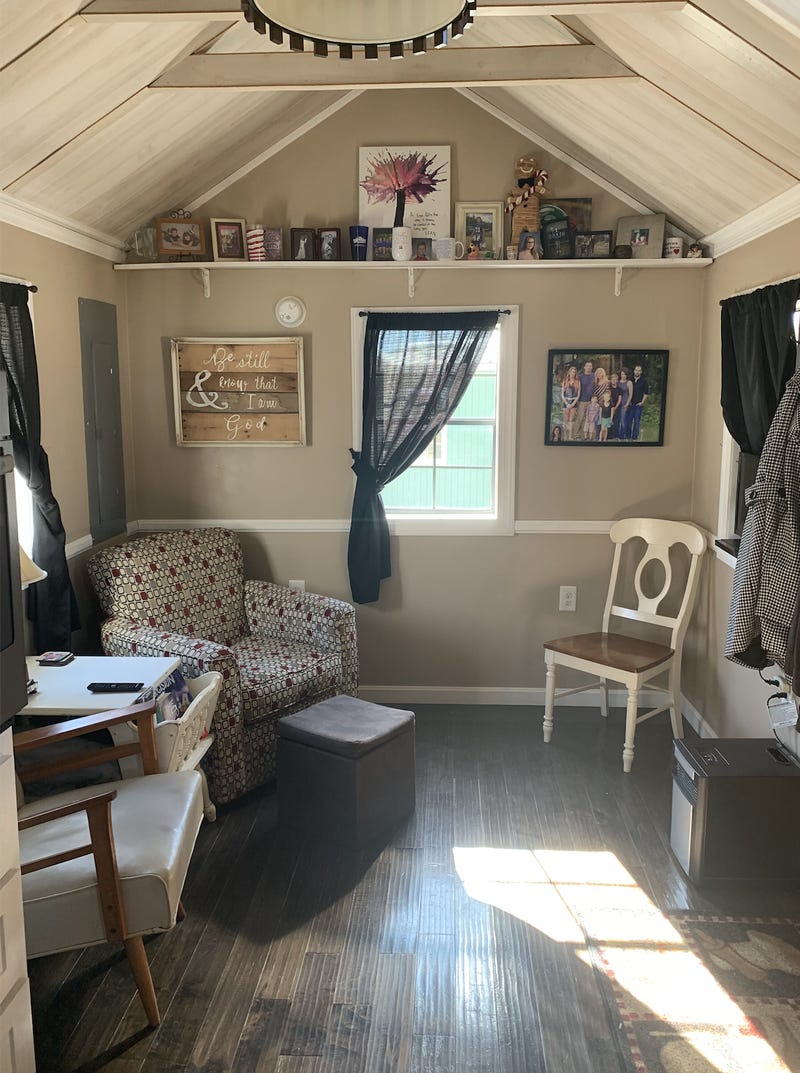 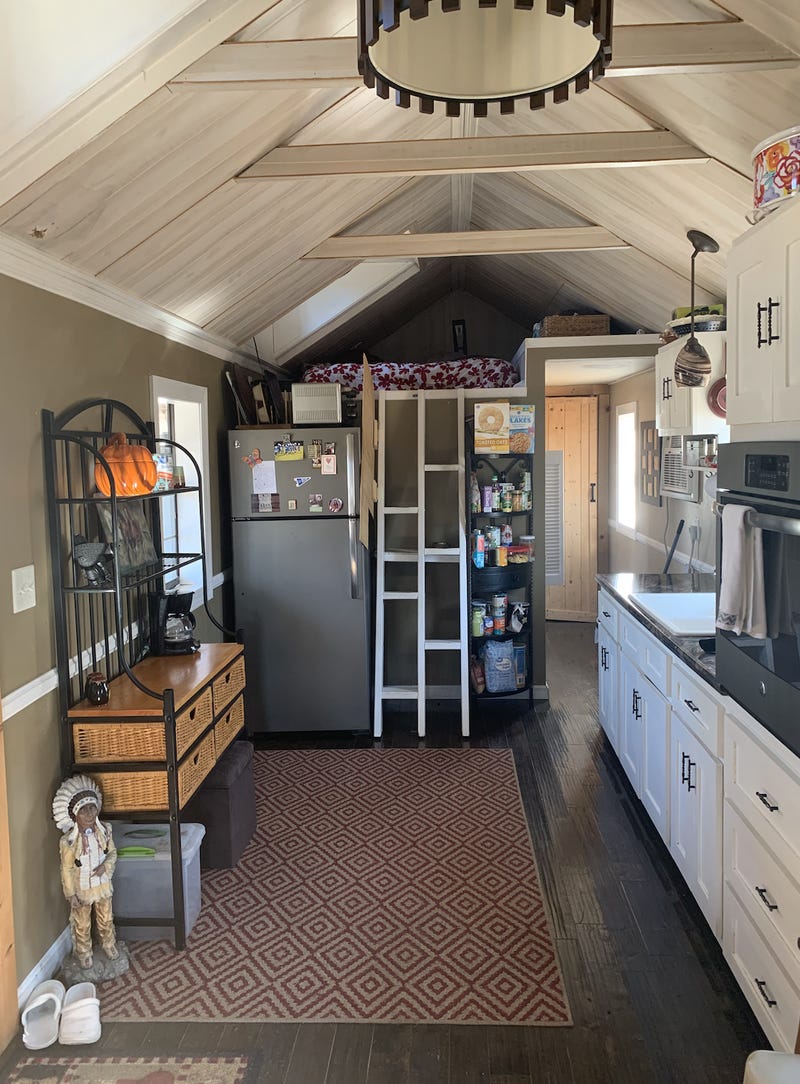 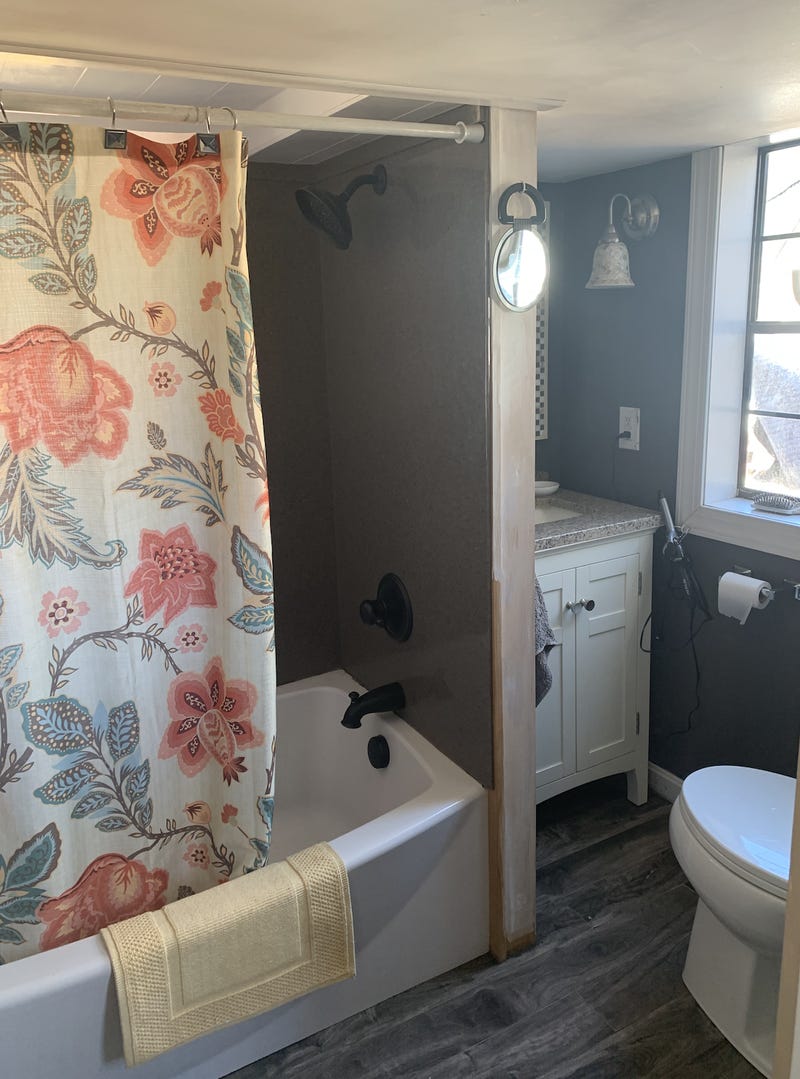 It’s kind of unusual for a 16-year-old to have his own house. However, for Brodey, that’s an exception. 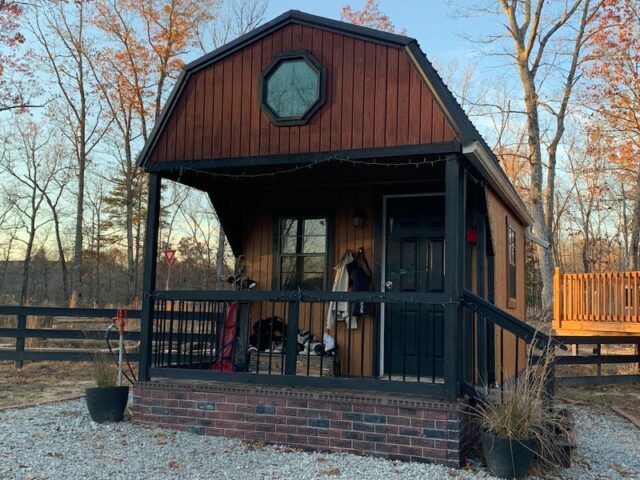 Brodey’s house is 160 square feet in size and it’s a wood cabin. It has its porch in front. 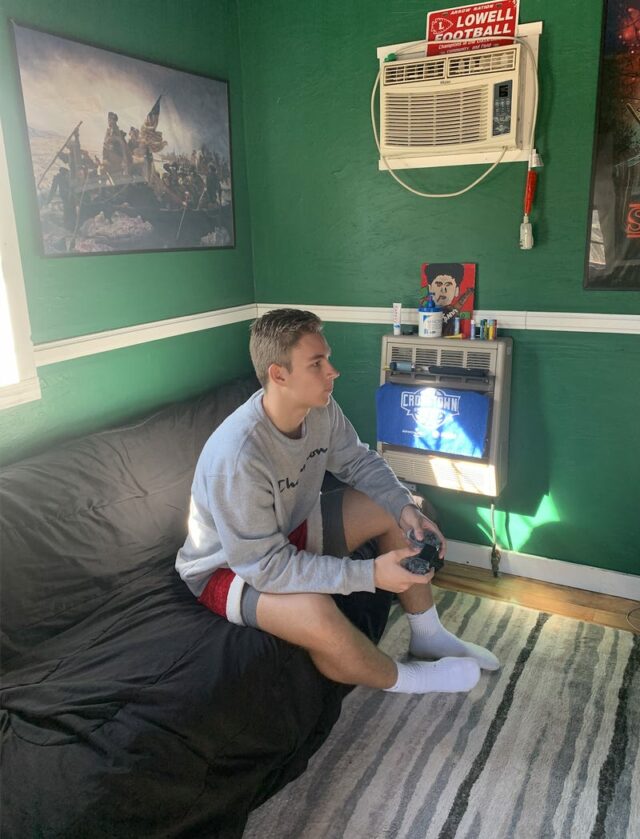 On the ground floor of this house, Brodey has a couch, TV, and a dresser. The loft space on top of the house has a king-size bed for him to sleep on.

Lennox claimed that both she and her brother decided “which model we wanted.”

Lennox decided her house to be an actual barn. Instead of putting up a barn-type door, they put on a regular door. 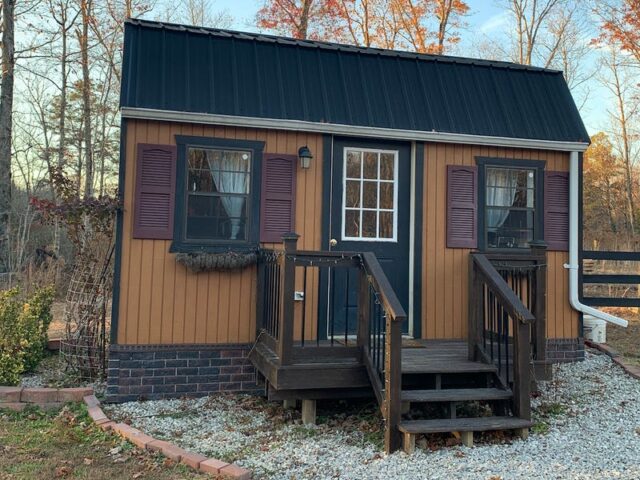 With 160 square feet in size, Lennox’s house contains a ground and upper floor. The ground floor contains a dresser, couch, and TV whereas the loft has her full-sized bed. 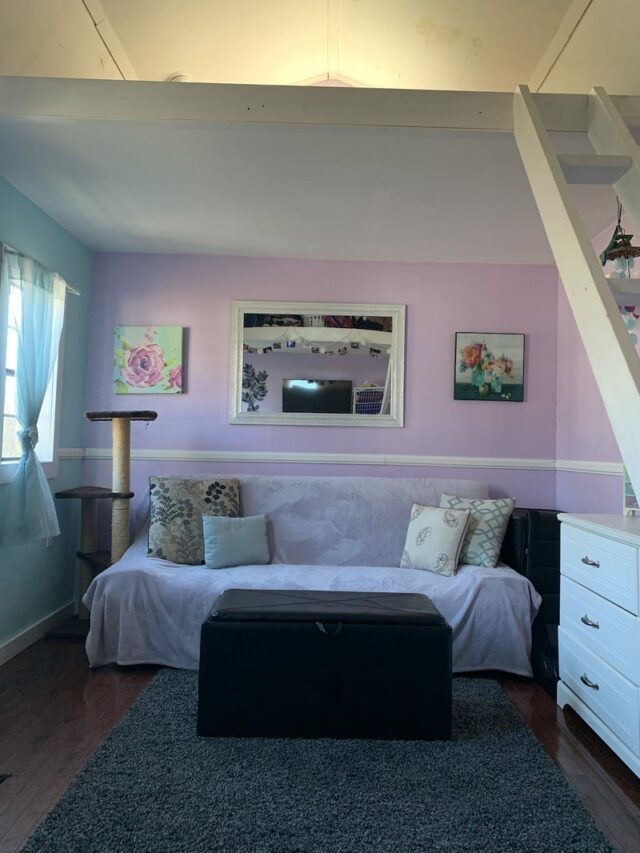 Both Lennox’s and Brodey’s houses do not have a bathroom. Instead, they have to go outside of their homes and use the bathroom house which is also the guest house. 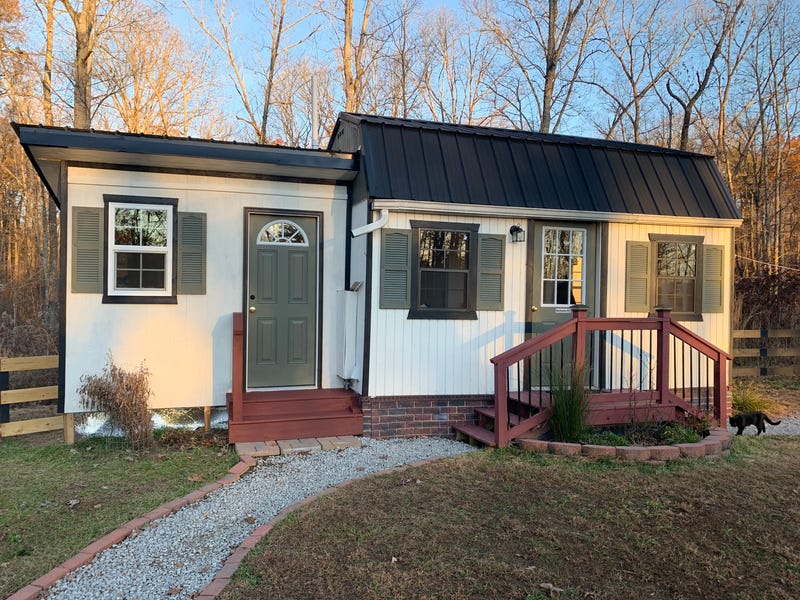 Additionally, this house contains the family’s dryer and washer. 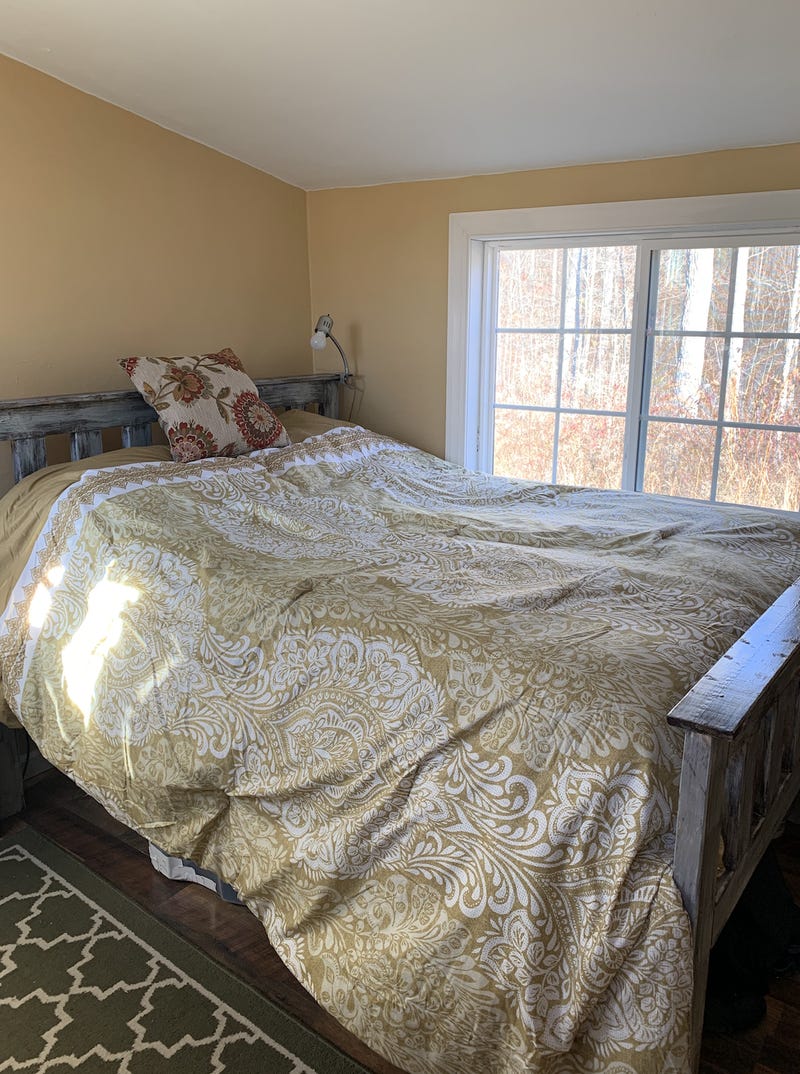 Lennox claims that it’s not a problem for her and her brother to out of the houses to use the bathroom. All they have to do is put on a coat if the weather’s cold or raining. It’s pretty near to their houses anyway so it doesn’t cause them any discomfort.

This house is where the family usually hangs around and plays board games. It’s one big room which is 180 square feet in size. 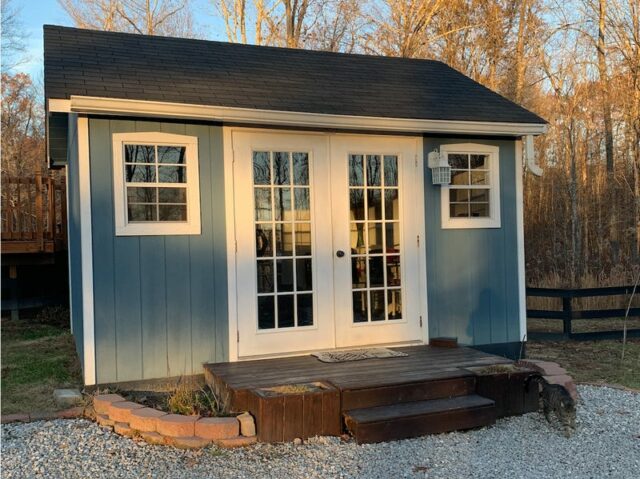 Inside the house, you can find several seating areas where the family usually sits.

The smallest house out of all is the office. It’s 64 square feet in size and the family goes there to work. 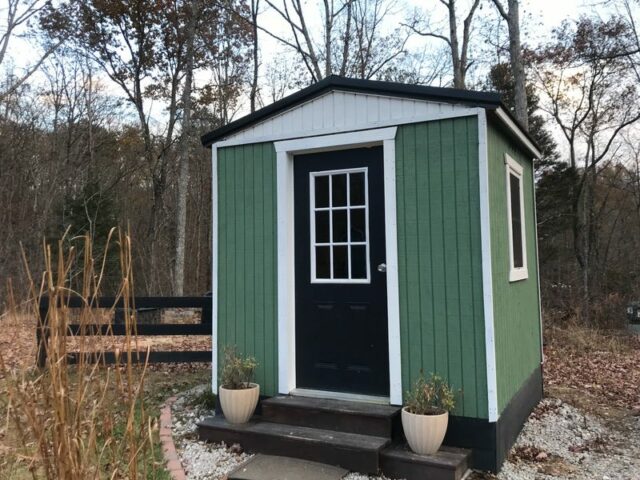 The tiny village also contains a chicken coop, barn, and a goat. All of these things are essential for the sustainable lifestyle that the Brink family lives by. 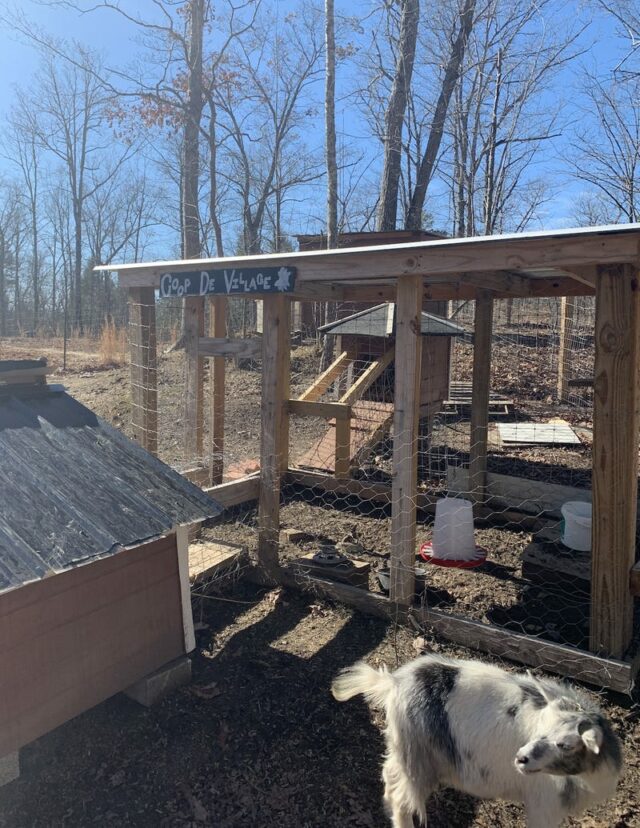 Additionally, the village has an outdoor fire pit in which the family can hang out and make smores. 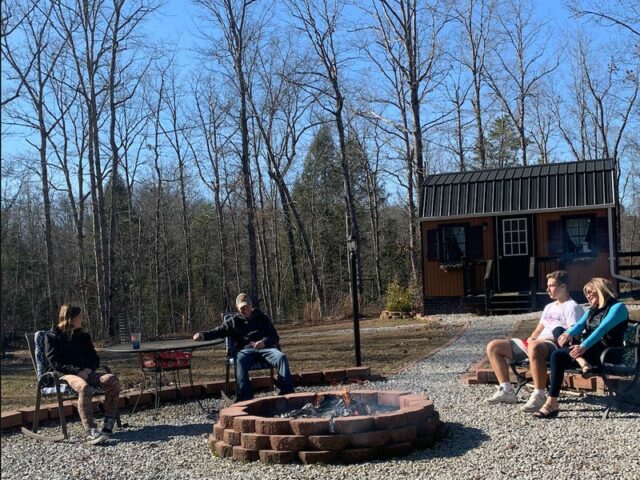 The sustainability and living close to nature are a key part of the Brink’s lifestyle. By living in these tiny homes, the family saves lots of money on utilities. Compared to what they spent in Michigan, they are paying $200 less in utilities.

Both Keli and her husband have multiple jobs and sometimes, they even use their Office House to work from home.

The family lives by a very important rule which is Refuse, Reduce, Reuse, Recycle. Whenever they go grocery shopping, they’re reusing old plastic bags or use cloth bags instead. All of their food is being composted and leave leftover food for their chickens. Everything that should be recycled is put in separate bags and they rarely use their clothes dryer. This is why the family only produces one bag of trash for an entire week.

Pros and Cons of the Tiny House Village

There are many benefits to living in such a place. Firstly, this way of living lets the family spend less money. They use less electricity since if one house is not being used, then there’s no reason why they should heat it or use air conditioning. Producing their food from the garden allows them to save money from grocery shopping.

Other than economically, it also benefits the health of the family. Being exposed to nature allows them to absorb more vitamin D regularly. Additionally, spending more time outdoors automatically makes the person happier and increases their overall health. It also benefits the ecological state since all of the food is being composted and less energy is being used. The carbon footprint is being reduced plus, if wanted, a family can set up a solar panel to generate power or hot water.

The cons of this kind of living are that the indoor space is limited. Additionally, in many places, the legality of placing or building these tiny homes can be of question.

If you ever decide to bring family or friends over to visit you, they won’t be feeling as comfortable as they would in a larger house. This goes especially if the weather on the outside is bad, such as in winter months. Since you’re living in nature, you should expect bugs and critters to come everywhere in the houses and outside. Many people don’t mind it, however, some do, just like Lennox.

Lennox Brinks is a TikTok famous content creator with over 355,000 followers. People cannot simply get over her untraditional living situation which she gladly shows off. She has made different home tour videos which she uploaded on TikTok.

One such video can reach over 14 million views and many thousands of comments. Fans are very curious about the whole situation and how they are living.

Because Lennox goes to college, she is currently not living in the tiny house full time. However, she comes back whenever she can such as weekends.