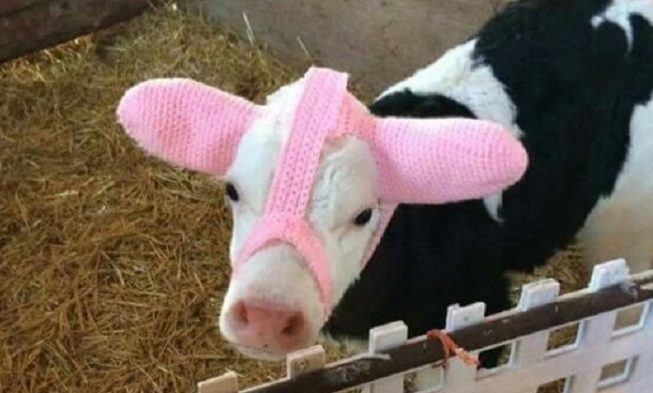 These past few weeks might have you sweating like a crazy person and you might have forgotten a time when it was actually cold outside to put on hats and scarves. However, on June 24, a farmer in Ireland tweeted a picture of one of his calves wearing baby pink earmuffs. The internet went wild after the post.

Twitter user @ThisFarmingMan_ wrote, “So it turns out ear muffs for calves to stop them getting frostbite are a real thing.”

Since it was posted, the picture has 171,000 likes and got more than 30,000 responses. However, this is not the first time that we’ve seen earmuffs on baby cows like these.

Holly Poad, the owner of Triple P Farm in Lone Rock, Wisconsin, posted a picture this past February about the solution she and Kim Ewers, her aunt, came up with for their cows.

The idea of earmuffs came to Poad after her family lost their barn in a fire. To find a way to keep the newborn calves from frostbite, Poad invented calf jackets and one pair of calf earmuffs. Poad asked Ewers, who owned an embroidery business, to sew additional pairs of earmuffs. Ewers eventually came up with the design that would become the Moo Muffs.

So it turns out ear muffs for calves to stop them getting frostbite are a real thing… pic.twitter.com/KiiAbTaRYV

Ewers told KWQC that “The pair she was talking about was just fleece.”

However, Ewers thought ahead and was afraid that if the fleece got wet, the earmuffs can end up more damaging to the calves than it would help them. Ewers added a water-repellent material to the outside in addition to the fleece. She also included adjustable straps. 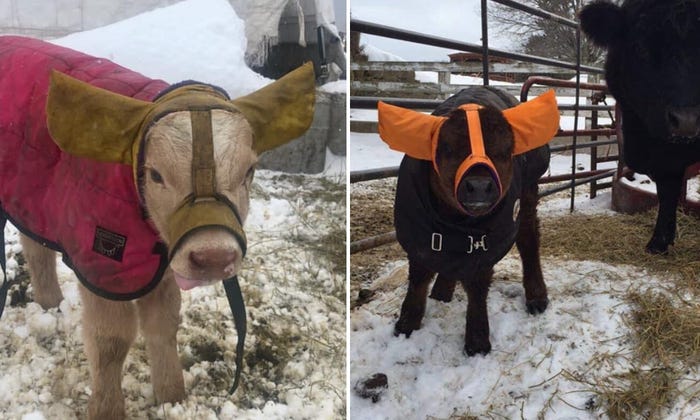 Poad then posted the invention on the farm’s Facebook page and on a couple show cattle social media groups. She announced that she was selling the Moo Muffs for $20 a pair. Many people demanded their own pairs.

Poad eventually started working with a livestock supply company because of the high demand. This way she would take care of production. Moo Muffs has its own website now and people interested in them can see the developing brand and keep an eye for good deals.