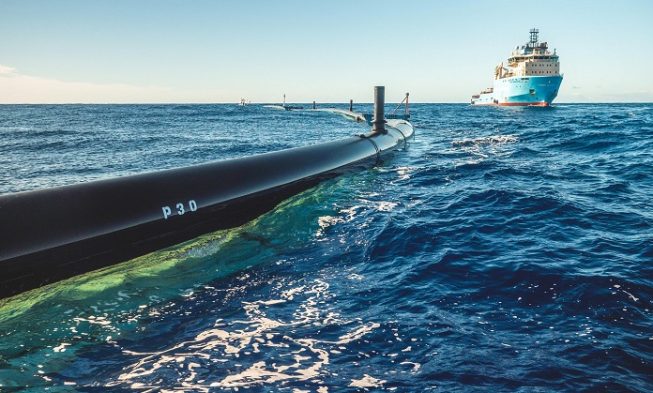 Conservationists designed a huge device to collect plastic waste from the oceans. It has now successfully accumulated plastic from the Great Pacific Garbage Patch. 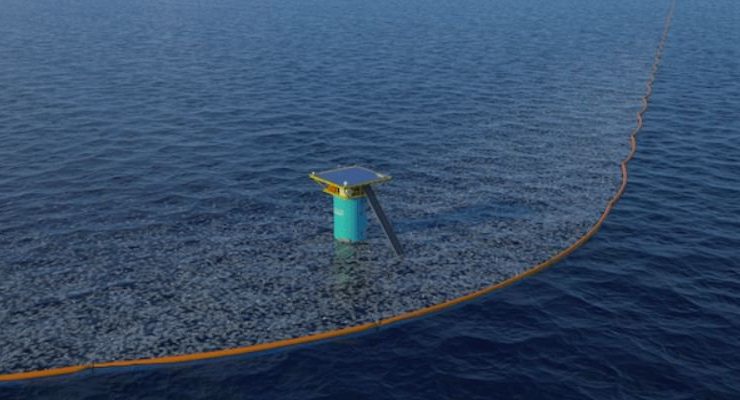 Boyan Slat, a 25-year-old inventor from Denmark created this machine that is made of a massive line of cork floats that holds a skirt. The huge skirt is made to catch the waste.

According to The Ocean Cleanup, the floating machine caught and held a huge amount of debris, including plastic waste, small microplastics, and dumped fishing gear, also known as “ghost nets”.

Boyan Slat stated: “After beginning this journey seven years ago, this first year of testing in the unforgivable environment of the high seas strongly indicates that our vision is attainable and that the beginning of our mission to rid the ocean of plastic garbage, which has accumulated for decades, is within our sights. Our team has remained steadfast in its determination to solve immense technical challenges to arrive at this point. Though we still have much more work to do, I am eternally grateful for the team’s commitment and dedication to the mission and look forward to continuing to the next phase of development.”

The Ocean Cleanup Project was launched from Vancouver in June. The high tech System 001/B is equipped with many devices: sensors, cameras, solar-powered lights, satellite, and antennae. The antennae help The Ocean Cleanup to keep a track via GPS, and at the same time supports the ship with collecting the plastic waste until it’s time to bring it back to the land.

With the help of the ocean force, System 001/B collects the endless track of plastic waste.

Ocean life can continue living around the gigantic machine, as they can’t be harmed. According to marine biologists, from the system’s distribution, there are no negative consequences to the environment.

The system is now transporting to port for a crew switch. After the change, it will continue to collect debris on October 17, tweeted Slat.

In case you missed it, here is a short recap of our announcement today. pic.twitter.com/bGhrkty5W6

Charles Moore is an ocean researcher who found the Great Pacific Garbage Patch in 1997. Now, the patch has become the largest zone in the world that has accumulated tones of plastic debris. Years after the patch was discovered, Moore told CBS News that plastics destruct the environment across the world saying: “Humanity’s plastic footprint is probably more dangerous than its carbon footprint.”

Our vessel (with cleanup system) now in transit to port for crew change; expect to be back in the patch for final leg of the System 001/B campaign around Oct 17. pic.twitter.com/P9rmxU136w

Conservationists and experts are becoming aware and are trying to spread awareness over the negative impact of plastics and microplastics. In recent years, plastic debris is overflowing the Earths’ water supplies and spreading chemicals and carcinogenic toxins into ocean life. Used plastic drink containers that are thrown in the oceans kill, and ambush the marine wildlife.

According to the UN, the world’s oceans contain 100 million tons of plastic debris, reaching massive proportions that are never seen before. Industries such as fishing and tourism are decreasing in popularity because of this massive problem. Approximately 90% of the plastic debris comes from land-based sources, and a report for the 2016 World Economic Forum in Davos, Switzerland, states that there will be more plastic waste than fish.