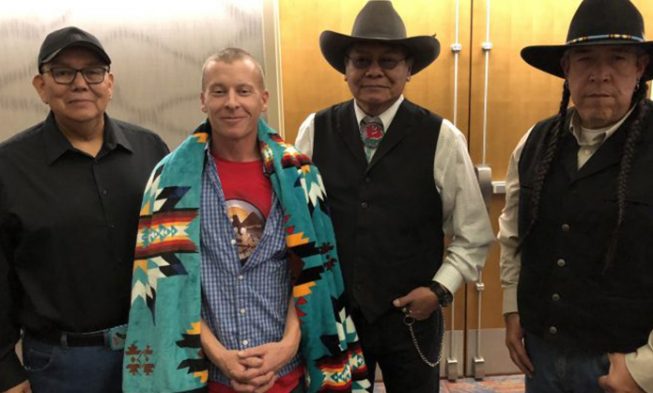 Snyder had been a nomad for the previous 20 years. He was the second-youngest of six children in a blended family, and he grew up in Sioux City as a typical boy.

Rich Snyder might be from Iowa, but he’s been moving around the United States for the past 20 years as a plumber, designer, and artist, getting employment and living with friends everywhere he goes. By 2015, he’d worked out how to make a living by staying at friends‘ houses and establishing hideaways around the West. He bought a piece of land on the San Pedro (or Wild Horse) Mesa near the New Mexico border in 2015.

What was the deal?

The land seemed to be ideal on the internet: a few acres on a mesa in southern Colorado for $3,000 — and Rich Snyder only had around $3,000.

There were a few goats, a lot of dirt, but not much else on the 2.5-acre plot of property. Regardless, he cherished it because it was his. He lived in a tiny tent during his trip to the property. However, he awoke in a panic from an afternoon nap. His tent had vanished in his dream, and indigenous children were gripping his body. It was a wake-up call.

A year after Rich Snyder returned land to the Ute Indian Tribe he reflects, “I never felt energy like that in my life. I never did anything that good in my life.”

Rich Snyder had an idea of what he might expect in Wild Horse Mesa when he had bought the land.

He was only searching for a cheap piece of land to get off the grid, start a homestead, and get away from civilization.

He discovered all of this and more.

What did Snyder find there?

He started to find relics of a people who had lived there for thousands of years on his walks around the property – odd stone arrangements forming fireplaces and chimneys along the hillside, a stone hammer, and a rock table he claims was used for slaughtering livestock.

He began to wonder who owned the property and whose land it was.

So he did some research and uncovered knowledge about the Ute hunter-gatherers who had lived in the San Luis Valley for as long as 12,000 years before being evicted in the 1800s.

Who are the Utes?

The Ute Mountain in northern New Mexico can be seen from the lot of elevated land to the southwest. This area is known as Ute ancestral land and is located on the Colorado-New Mexico border. Bands of Utes were expelled from Colorado in the 1880s as a result of a brutal land-grab drive led by politicians and the media of the time.

At first, the Ute people were skeptical of Snyder’s offer to just give them the land. However, they knew the offer was genuine after visiting the ground. Despite the financial blow, Snyder signed a deed and formally returned the property to the Utes in September 2018. Snyder had to wait a year to recoup the cost of the property he had given up.

It was, however, worthwhile for him.