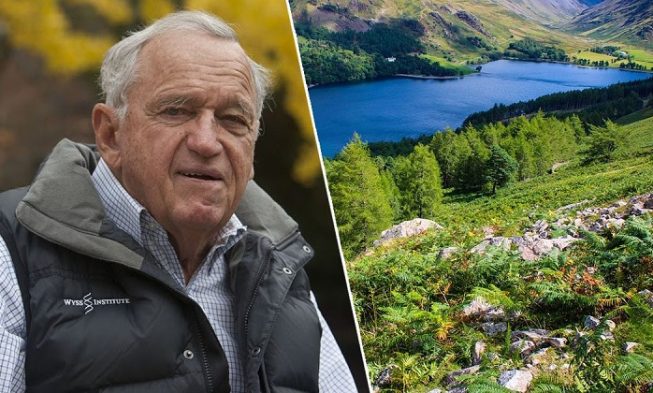 Following the Notre Dame fire in Paris that has devastated one of France’s most iconic cathedrals, many pictures have been circling around online that show the devastation of the church with Kevin Carter’s Pulitzer Prize-winning photograph Starving Child and Vulture that was taken in 1993.

These collages are meant to help raise awareness of the public to the global problems that exist today such as the famine that is racking many areas in Africa.

In response to this big influential public uproar, a Swiss billionaire by the name of Hansjörg Wyss, pledged to donate $1 billion in the next decade in order to save the planet, as was reported by UNILAD’s Lucy Connolly.

This philanthropist and conservationist will fund specific projects that will raise public awareness about environmental protection through his Wyss Foundation.

“For my part, I have decided to donate $1 billion over the next decade to help accelerate land and ocean conservation efforts around the world, with the goal of protecting 30 percent of the planet’s surface by 2030,” he has stated for the New York Times.

Scientists estimate that plants and animals will start disappearing at a frequency of a 1,000 times as fast than they did in the past, so Wyss’s efforts to help the environment could not come in a better time.

Wyss has stated that ever since the first world’s national park, Yellowstone, in 1872, there has been about fifteen percent of the lands on the earth and only seven percent of its oceans that are protected in a natural state.

Hansjörg’s strives to have one-third of the planet protected in the next decade, however, even with his ambitious goal, this will not be enough. Environmentalists claim that in order to support the biodiversity, we need to protect at least half of the entire Earth.

Edward O. Wilson, an emeritus professor at Harvard University, author of Earth: Our Planet’s Fight for Life has stated the following:

Business Insider reports that Wyss plans to fund research at the University Of Bern in Switzerland to help determine the most effective conservation methods.

When this research is finished, Wyss will support a series of coordinated and locally-led efforts to help the management of protected areas and natural parks throughout the entire world.

Skeptical people should not doubt Hansjörg Wyss’s work that he is trying to do because if the current speed of extinction continues, many animals will be extinct in the next fifty years which will take the Earth more than three million years to recover from.