When a black couple from Nigeria saw their baby for the first time, they couldn’t believe their eyes. At that time already parents of two sons, they sat there for a while and stared at their daughter with blue eyes and blond hair.

In 2010, Angela and Ben Ihegboro, a Nigerian couple living in London, England, were anxiously waiting their third child. There was special excitement because after being lucky enough to have two boys, the couple were about to have a baby girl.

The day of delivery finally arrived and everything went well. However, when they first saw her, they were a little shocked. She had blond hair, blue eyes, also white skin.

However, Ben has ruled out any speculation relating to the case. He added, “Of course it’s my baby. My wife is loyal to me. Even if she wasn’t, the baby still wouldn’t be like this.” 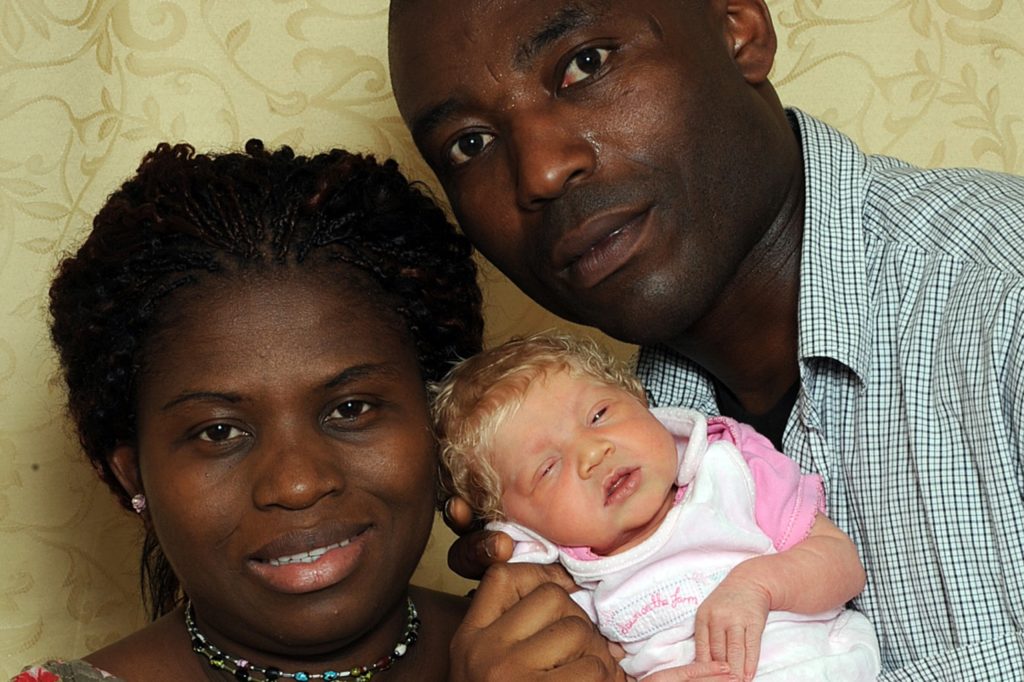 While Angela and Ben would have considered Nmachi as a “miracle baby” for the rest of their lives, geneticists and medical experts began to search for logical explanations for how such a thing could be possible.

It is the result of a genetic mutation all its own. In this case, Nmachi could pass the gene to her children, and they too would likely be white.

It is the product of long dormant white genes, passed down from its parents, which may have been carried by their predecessors for generations without emerging until now.

Although doctors said Nmachi wasn’t a true albino, they suggested that the baby may have some sort of mutated version of the genetic condition so her skin may darken over time.

Regardless of her skin color, her parents couldn’t be happier after welcoming her into their lives. Ben also said: “She doesn’t look like regular albino. Not like the ones I saw in Nigeria or in the books. She just looks like a fine white baby.”

Although Nmachi’s skin color made an interesting topic of interest to genetics experts, she would always be real miracle to her parents.