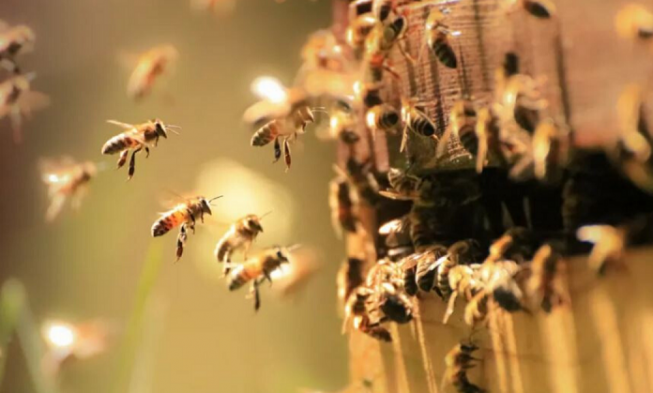 The Nature Scientific Reports published a study that shows the effectiveness of the specific type of mushroom extract in helping honey bees to fight off a devastating virus. That virus has caused massive bee die-offs in recent years.

The study was involved the USDA, researchers at Washington State University, and a Washington based business called Fungi Perfecti.

The finding of the researchers showed magnificent effects of the mycelium extract from amadou and reishi fungi, which was given to the bee colonies. It reduced almost 80 times deforming wing virus and a 45,000-fold reduction in Lake Sinai virus.

Steve Sheppard, the WSU entomology professor, explained his hopes that this finding will make this deadly virus a thing of the past.

He, also added that these extracts have such an impact on viruses that are not causing huge devastation, but they may help varroa mites become an annoyance for bees. His team was excited to see the results of the research because the bee populations and the safety and security of the world’s food supply hinge on their ability to find means to improve pollinator health.

The point of the research was to fight the varroa mites, which hurt bees by spreading and amplifying viruses, influencing the stress on the bees’ immune systems and making them more susceptible to viruses.

The famous mushroom researcher Paul Stamets is also a co-author of the study and the owner of the company called Fungi Perfecti, which worked with Sheppard’s lab.

According to Sheppard, Paul previously worked on many other projects, including that one that demonstrated the antiviral properties of mycelial extracts on human cells. When he became familiar with the viruses hurting bees, he called Shepard’s team to explore the use of the extracts on honey bees. The two years of work showed that those anti-viral properties extend to honey bees, too.

The bad thing is that the mycelium extract couldn’t be found in large quantities, so it can’t be used for mass distribution. But the positive side comes from Stamets, who is willing to increase the production volume.

“We are ramping up production of the extracts as rapidly as is feasible, given the hurdles we must overcome to deploy this on a wide scale,”

The effectiveness of the extract isn’t familiar to the researchers, but they suspect that it somehow fights the viruses or boosts the immune system.

“We’re working to figure that out, along with testing larger groups of colonies to develop best management practices and determine how much extract should be used and when to have the best impact.”

For those who would be interested in beekeeping, this idea will be of great importance. This will allow people to enter the vocation with very little experience or exposure to the bees and help them to be more successful in doing that job.