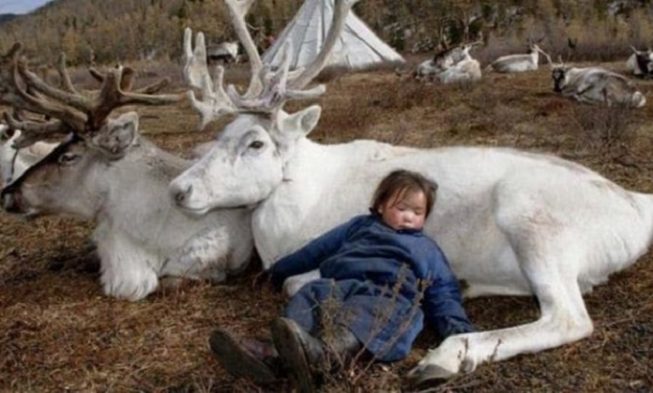 Although technology has advanced to perfection, in some places in the world it has not yet reached and is still the kind of place whose culture has remained unexplored.

Comparing our civilization with that of the early days, there can be tremendous progress. The world is evolving to an extent that would be unthinkable for early generations.

In the vast majority of the planet, globalization has imposed the preservation of a unique way of life, beliefs, and traditions. However, this challenge has not arisen in small groups of people who have managed to stay connected to nature and their ancestors to this day, which from many angles can be fascinating. 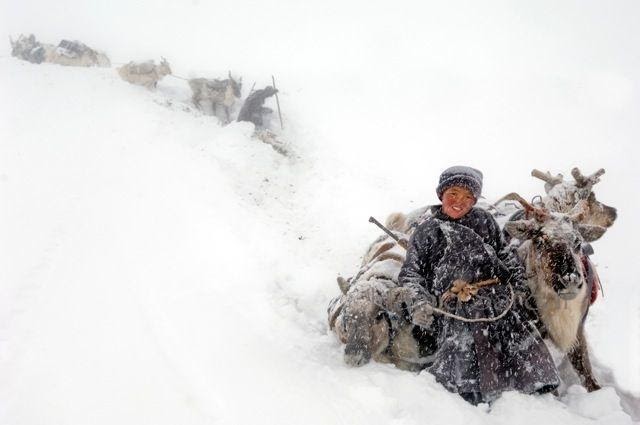 This challenge has attracted a photographer and anthropologist Hamid Sardar-Afkhami, who has been touring the world for more than a decade.

He is a Tibetan and Mongolian scholar with a Ph.D. from Harvard University in the field of Inner Asian Languages and Cultures. 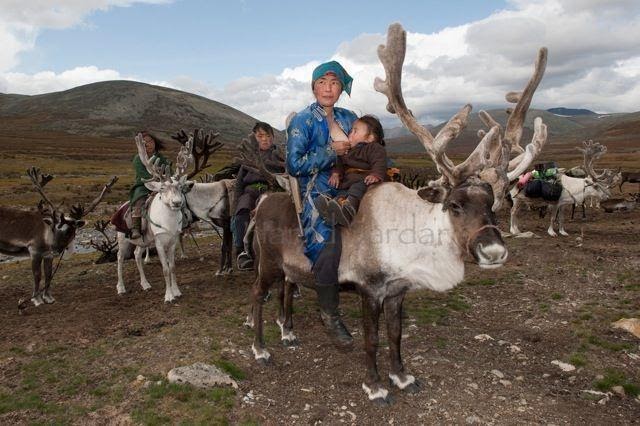 Its website is filled with pioneers of exploratory photography, dedicated to the stories of endangered cultures that maintain a spiritual dialogue with the natural world. 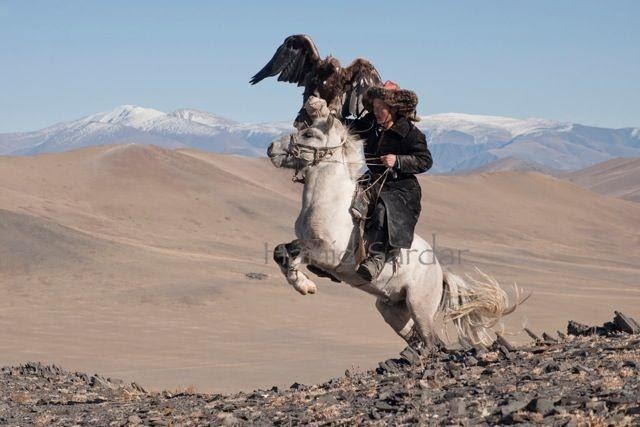 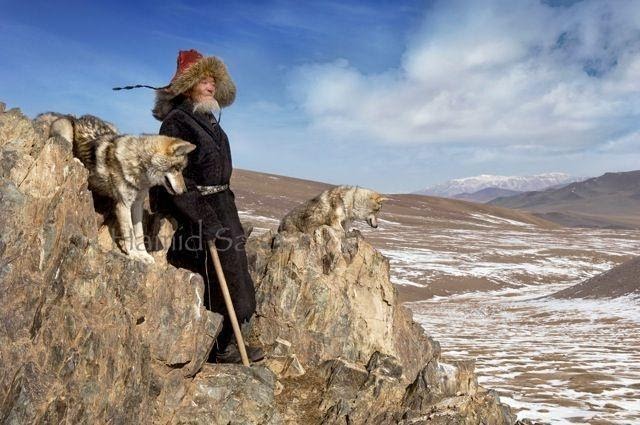 For over a decade, he has directed and produced films, including several award-winning documentaries and industrial films for corporate clients. You were interested in its editorials by National Geographic, Geo, Le Figaro Magazine and Paris Match, who regularly publish them.

During his tour of the East Asian country of Mongolia, he spent several years in the lost Dukha tribe.

He was fascinated with the simple life of the tribe, documenting the stunning photographs that reveal the entire world beyond civilization.

At the time, he also made a documentary about them, entitled “The Northern People,” which won the film award at the Banff Mountain Film Festival’s Mountain Culture. 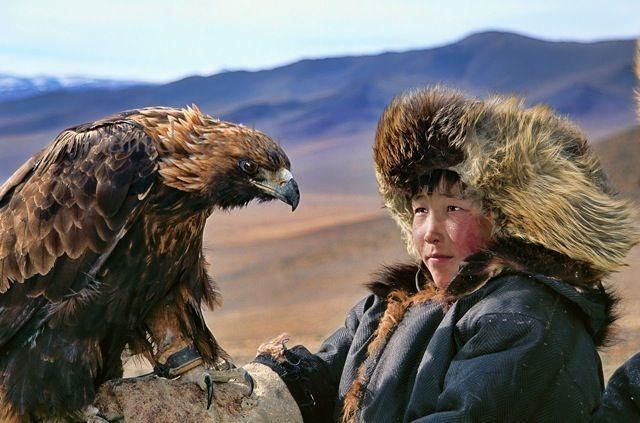 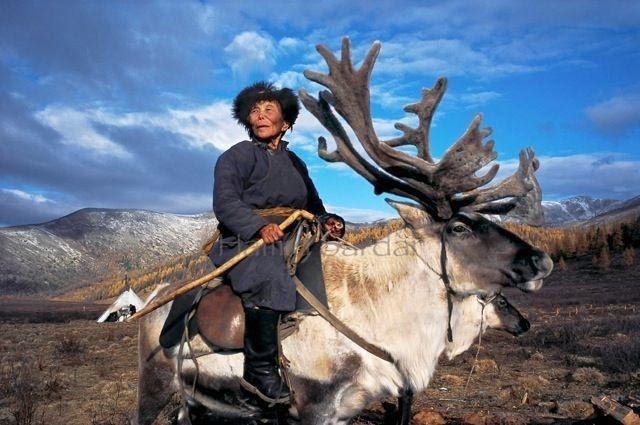 The Dukha people (Tsataans or “reindeer herder”) belong to the Tuvan-Turkish ethnic group that has been around the border of Mongolia and Russia for millennia.

They are descendants of the natives, Khvosgol, the northern province of Mongolia, and Russian Siberia. As nomads, they live in remote forests and often change places, about five to ten times a year, moving from one pasture to another.

The only thing they have changed is modern clothes, but they live the same life as they did centuries ago. It is their firm belief that the spirits of their ancestors live in sacred forests. 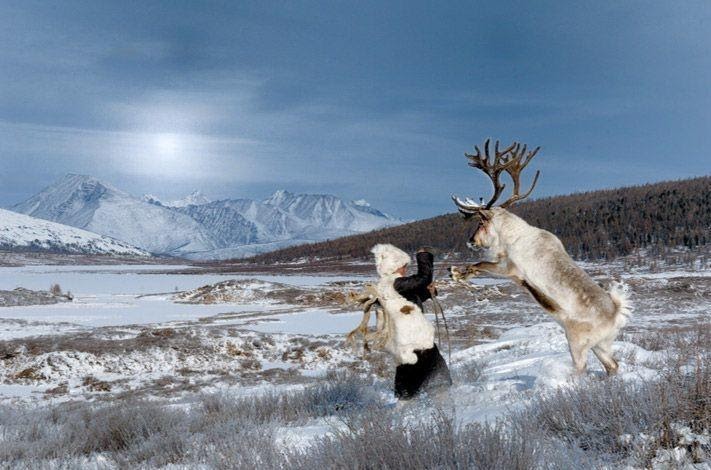 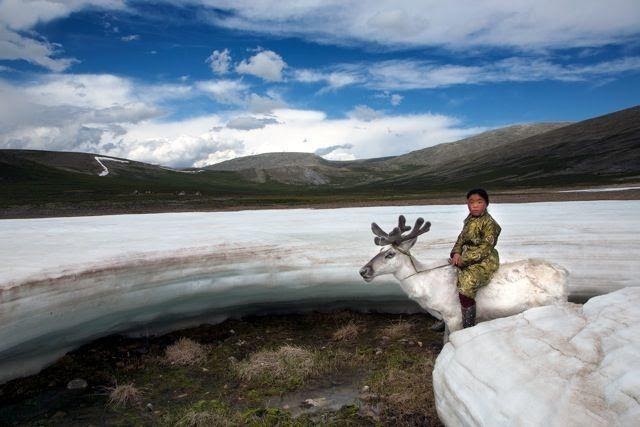 Reindeer are grown for cheese, milk, and yogurt, are offered to tour reptiles, used for transportation, and sold to traders from cities.

They are completely domesticated and firmly attached to their culture and life, so they believe they will die if these animals become extinct.

Furthermore, people from these parts believe that they have a supernatural connection to the wild, which allows them to train eagles, bears, and wolves as well. Hunting eagles is a centuries-old tradition and is considered a privilege. Eagles are especially valued in the tribe, but now their population is dramatically smaller than before (out of 282 people in 2010, there are now less than 44).

“They’re certainly a dying culture. The number of families has fallen because a lot of them have been synthesized with the mainstream community. Many of them have moved to the towns and even to the capital cities.”

The biggest threat, according to Hamid, to this community is now the younger generation of Duhans, who do not want to live in such difficult conditions in the taiga (or “snow forest”).

The kids want to get down and stay in warm cabins in the winter, and further, to buy a car and drive. Their big appeal to modern life is almost impossible to stop, and traditional life as a reptile grower certainly plays a significant factor.

One of the bigger reasons for the sudden drop in population in the area according to Hamid is the government’s decision to close the Dukhans Hunting Ground as a national, protected park.

Unfortunately, this is accompanied by the sudden death of reptiles due to illness and the unavailability of medicines.

Duhans did not profit much from tourism because tourism is mainly concentrated around deer. A few pictures with these animals cost $ 2.50 (5,000 Mongolian tugs). Other services that tourists can use are horseback riding deer and horses and touring their campsites.

A large number of people have criticized the tribe for using reptiles as a way to attract visitors to their camps.

Outlining the views of many visitors, Timur Yadamsuren, spokesman for Intrepid Travel in Mongolia, explains that this area is not the best reptile environment, whose natural environment is in a much cooler climate. They have been brought to Lake Khovsgol for livestock to benefit from tourism, so Intrepid Travel does not recommend this activity. 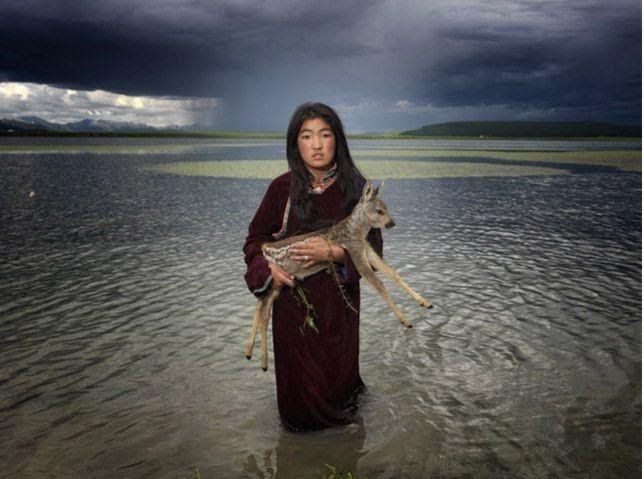 Enkhatuya, the leader of the Duhans group, living on the outskirts of the forests, claims that the animals are treated as part of the family, adding that they are part of their deep cultural connection, as well.

For these reasons, according to the leader, animals should not be abused and assured that this never happened there.

She believes their community will prosper again as young people are returning to continue their ancestral tradition. Their closeness to the tribe, culture and the mother language they speak are undeniable facts of belonging to the tribe.