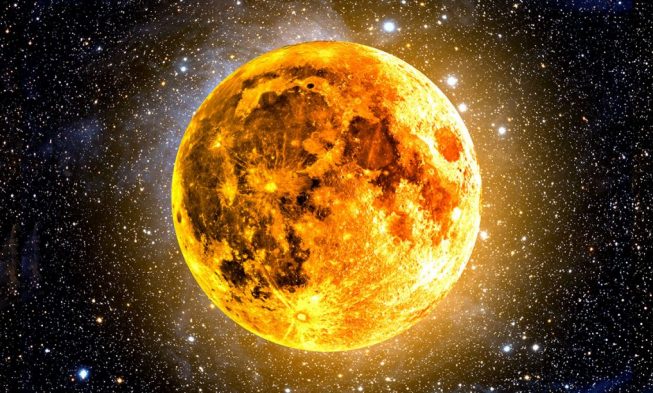 Even though there is a full moon that is expected to come on the 14th September, some people will get to experience this full moon on the 13th. The reason for this phenomenon is the time-zone differences but also revealing an interesting situation.

In the Central Mountain or Pacific time-zones, the moon will be out before midnight comes on the night of Friday the 13th, meaning that this Friday will have a full moon for the first time since June 13th, 2014. This might be scary to you considering all the superstition about Friday the 13th and the full moon. However, the full moon can have a clear benefit for many people.

A full moon is considered to be a harvest moon which we usually get in September or October. This moon is the most famous of all the full moons that we get through the years. Because this full moon is closest to the September equinox, it was named after the period in which farmers harvest their crops.

Wisconsin will be one of the lucky places to be able to see this interesting event on Friday the 13th. This will set the mood completely as we expect the end of September and the start of October, which is the month of Halloween. The moon will rise at 7:19 pm and at midnight it will reach its highest point.

Farmer’s Almanac released a statement about this full moon, saying that it will allow farmers to work late in the night without any difficulty due to the light that the full moon will grant them. The rise of the moon should be expected as soon as the sun sets. Additionally, instead of rising 50 minutes later each day, the moon rises almost at the same time every night leading to when it becomes full.

The rise of the moon between September 12 and 14 is on average less than 27 minutes later each night. This provides light for the farmers, allowing them to gather crops after the sun has set.

The energies of this full moon are going to be intense making it overwhelming that it’s appearing on Friday the 13th. However, this is nothing to be concerned about. Even though it is pretty creepy, this change is positive for the date itself. The moon will help negate the strange energies that come with the 13th.