Plant these aquatic plants in a barrel of water and never worry about mosquitoes, termites, deerflies, blackflies or horseflies again!

Dragonflies are not only beautiful, they are some of the most efficient “bug” exterminators on Earth.

A single dragonfly can eat hundreds of mosquitoes per day, according to Smithsonian Magazine.

They’re also great at hunting other pesky, disease-carrying insects, consuming up to 15 percent of their own body weight each day on mosquitoes (90 percent of their diets), termites, deerflies, blackflies, horseflies and midges, according to Popular Mechanics.

“Because they’re top predators in the insect world, they keep a balance with the insects in your yard,” landscaper Christine Cook tells HGTV.

Pond: The pond can be as simple as a barrel or trough of water or an elaborate oasis: 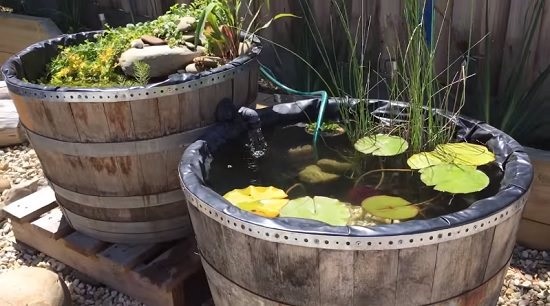 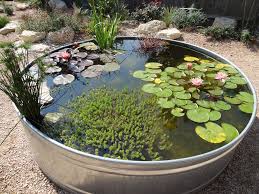 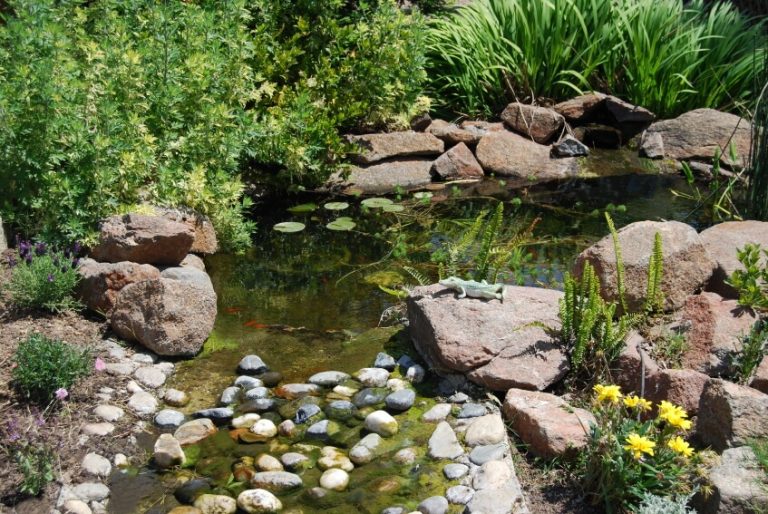 If you’d like to opt for the latter, here’s how to dig and line your pond with rubber liner and stones.

The pond doesn’t need to be large, nor does it require a filter, according to Popular Mechanics, but should be located in an area that is protected from wind and will get five or six hours of midday sun.

The depth should be very shallow at the edges and about 2 feet in the center. A pond that is too shallow can overheat or dry up, while the deep areas provide refuge from predators.

Add flat stones around the perimeter, so dragonflies have a place to rest and bask in the sun, and more stones emerging from inside the pond to create hiding places for larvae during the underwater growth stage.

Don’t introduce fish, frogs, or ducks, which prey on the nymphs and eggs.

And of course, keep all poisons and fertilizers out of the water.

Plants: What you plant in and around the pond is critical to a dragonfly’s survival.

“Cattails and grassy foliage allow the larvae passage out of the pond,” Cook tells HGTV. And “water lilies are a favorite birthing place for some species of dragonflies.”

Water lilies also provide shade and algae in check, she says.Cook recommends starting the water lilies in pots or containers with no holes in the bottom, filled three quarters full with soil rich in organic matter.

Place the water lily in the soil, leaving the top portion of the tuber exposed. Add some gravel to the top so the soil won’t float up, and place the lily 1-1/2 to 2 feet deep in the water. Move it deeper in the winter so it won’t freeze.

“Dragonflies spend most of the lives as nymphs under the water, so when the time comes for them to take to the skies, they emerge out of the water by climbing the stems of their favored pond plants. Glyceria Maxima is one such plant as it has perfect stems and leaves for the newly emerged dragonflies to cling to while they dry off and expand their wings.”