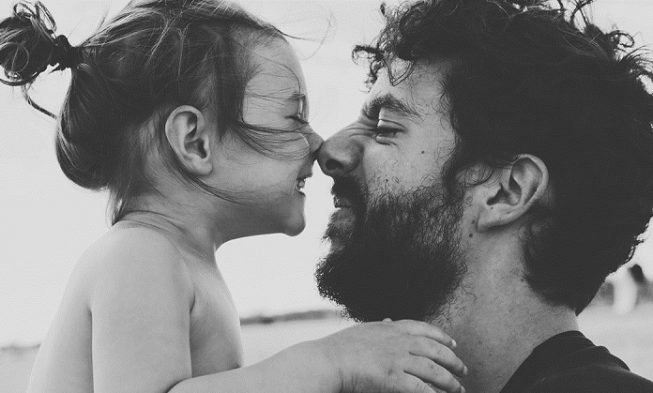 Becoming a father is the best thing that ever happened to every man. How important the rule of the father is in the family was the subject of many studies. The studies show that the more involved a dad is, the more successful his children are.

His influence can determine a child’s social life, academic, and other future achievements.

The experts who examined that matter agreed that a true father is not the one who only makes enough money to pay the bills, to buy his wife and kids expensive gifts, to pay for vacation twice a year, to send his kids to study in elite schools or something else.

A true father is the one who…

That should be the intention of every man in his family, even when he feels tired and when he feels like he’s not in his comfort zone.

Sacrificing his own needs, wishes, and even happiness for the well-being of his family and making compromises are the least things that a true father could do. He also teaches his kids about unconditional love and support.

That man treats women with kindness, respect, generosity, and dignity.

He teaches kids on qualities of kindness, honesty, patience, and loyalty. He should be an example of all of these qualities and who’d never be caught lying or manipulating in any cases. Building relationships that are based on trust and respect should be a right way how the true father teaches his kids.

Using bad words linked to the members of the family, such as “useless,” “weak,” “incompetent,” or “stupid,” should be avoided by the true father. He should never allow himself to lose his temper in a way that could make his family feel threatened.

For him shouldn’t be any problem, argument, or temptation more important than his family. He should be one who knows that there’s no stronger and greater love than the loved one can feel for their family.

He is a person who encourages his children to work on themselves and to grow both professionally and personally. He should be one who teaches his children how to become the best version of themselves.

The one who is the happiest person when he knows his children are happy.

The father should know the children’s favorite singers, hobbies, and sports, as well as their likes, dreams, dislikes, and wishes.

He should never allow that his disappointments in his life influence his children to feel the same way. His problems should be as far as possible from the children.

The real words that every true father deserves by his children are:

“He is my role model, my best friend, my mentor, and my coach. He’s my father.”

Having this kind of father is a wish and a real blessing for every child!