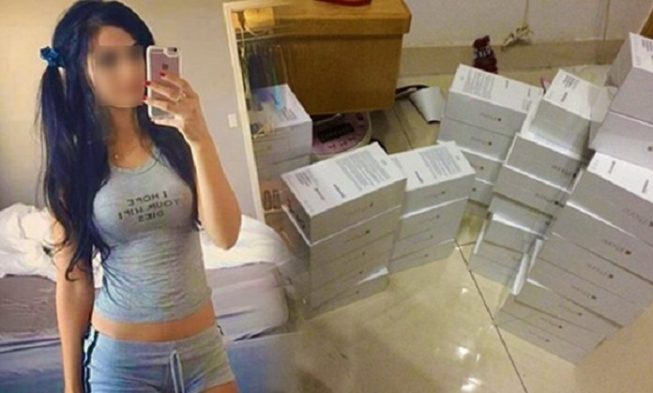 A woman from China convinced her 20 boyfriends to buy her 20 iPhones 7 which she later sold to buy a house.

By selling them on a recycling site, she earned £725 for each. The money she earned from the iPhones were used as a deposit on a house.

Tian Ya Yi Du’s blogging platform had this case posted by someone with a pseudonym ‘Proud Qiaoba’.

This person claims that he is a colleague with this woman. The Chinese media called her ‘Xiaoli’. The person that posted about her stated that everyone in their office is talking about what she had done.

This woman lives in the city of Shenzhen in southern China. After receiving the iPhones from her boyfriends, she sold them to a mobile phone company called Hui Shou Bao for 120,000 Chinese yuan, which roughly go for £14,500.

When she showed her new house to her friends and colleagues, they were all surprised about how she could afford a house in the countryside.  After she told them about how she got the money to buy the house, her friends got shocked.

Her friends tried to understand why she did such a thing by stating that she was not from a wealthy family. Her mom is a housewife while her dad is a migrant worker. Because she is the oldest daughter of her family, she is feeling pressured to buy her parents a house.

BBC Trending got a hold of Hui Shou Bao after many people were suspicious about this story. A company spokesperson confirmed this story and he stated that he had bought 20 iPhones from a female client in October. He added that he had paid 6,000 Chinese yuan (roughly about £725) for each iPhone.

Quickly after this news spread, the hashtag “20 mobiles for a house” spread all over Weibo, being used more than 13 million times.