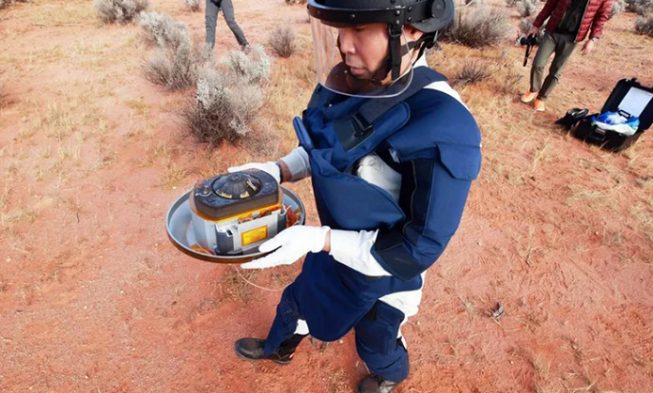 If you haven’t heard of the Japan Aerospace Exploration Agency (JAXA), the time has come for us to spread some knowledge. Recently, they managed to successfully complete their mission, which was to bring back on Earth a piece of the asteroid Ryugu.

There was a capsule carrying the sample, but it got detached from the Hyabusa2 spacecraft. This happened 130,000 miles away from Earth. Afterward, they had to land the piece using a parachute. This took place in a remote area of Australia this Saturday.

It arrived on Tuesday in Japan and they will be inspecting it in an attempt to find some insight into the history of the Earth’s solar system and life.

Capsule collection! The helicopter team immediately flew to the location identified by the DFS team. They searched for the fallen capsule by using radio waves and maps. Thank you very much!
(Collection Team M)#Hayabusa2#はやぶさ２#AsteroidExplorerHayabusa2 #HAYA2Report pic.twitter.com/KSyEbnU3Yd

Mission officials won’t be allowed to have a look inside until next week.

The officials from JAXA told the press that their helicopter search team located the capsule in the expected landing area approximately 2 hrs after the capsule’s reentry. 2 hours afterward, the recovery of the pan-shaped capsule, which was about 40 cm in diameter, was completed.

They launched it first in December 2014, 6 years ago. The asteroid touched down two times last year on the unmanned Hayabusa2 spacecraft. However, the spacecraft managed to successfully collect data and soil samples from two sites, despite an unexpectedly rocky surface that in the end actually forced the mission team to review landing plans.

At the moment, Hyabusa2 is heading for another asteroid. We can only say Bon Voyage!