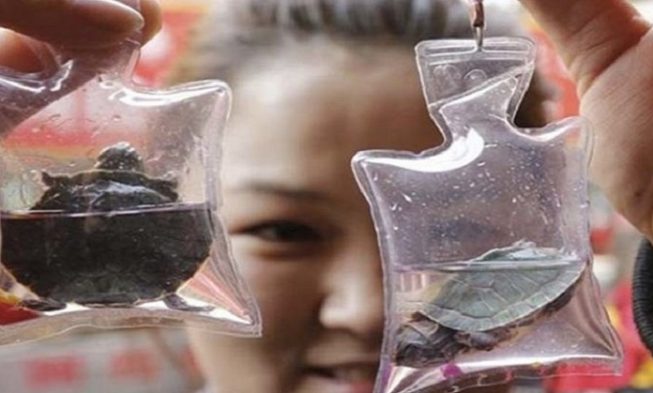 A new bizarre trend in China for keeping live fish, turtles and other amphibians on their pendants has caused agitation for animal rights activists. The animals are packaged in small plastic bags containing enough water and a small amount of crystallized oxygen and other nutrients to allow them to survive.

Still, these bags are tiny prisons for these little animals.

The pendants offered to tourists contain salamander, therapists, and fish that will become their “pets”. However, sealed in small airtight plastic bubbles filled with fluorescent, oxygenated water, and a single feed pellet can last up to three months. 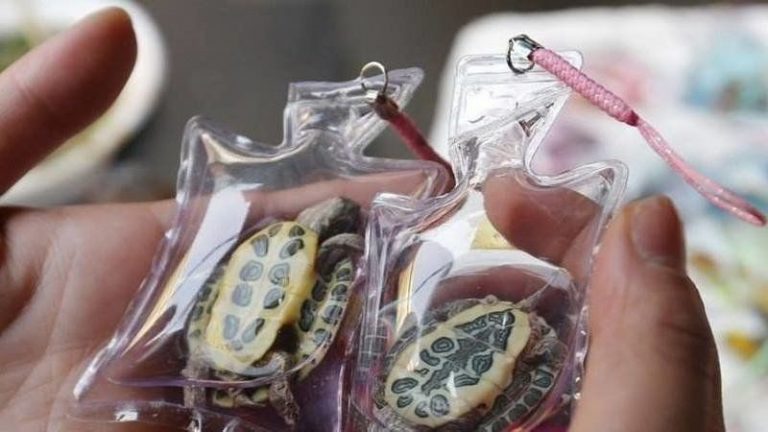 According to Dr. Sam Walton, a former lecturer at the University of Malaysia Terengganu, and that there are enough oxygen and food in the plastic case, but animal waste from digestion and breathing creates toxicity and will eventually kill them. The main reason why they die is ammonia poisoning.

What further affects the survival of these aquatic animals is the temperature fluctuation to which they are very sensitive. Life in these bags is similar to that in a greenhouse, so in addition to the temperature shock, the animals also experience a physical shock from shaking, which probably kills them more than any other factor. 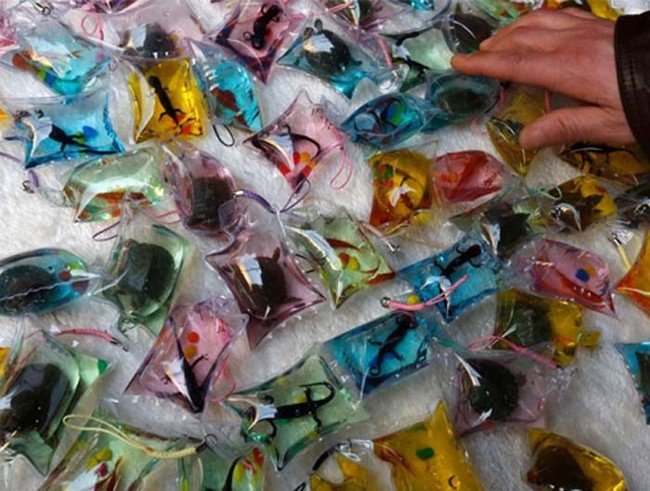 The only way for the owner to save their lives is to cut the plastic and to put it in a normal environment where they can live longer. However, thanks to the irresponsibility of humans, this is a rare case because people hold them as keychains until the animal dies and then throw them away. 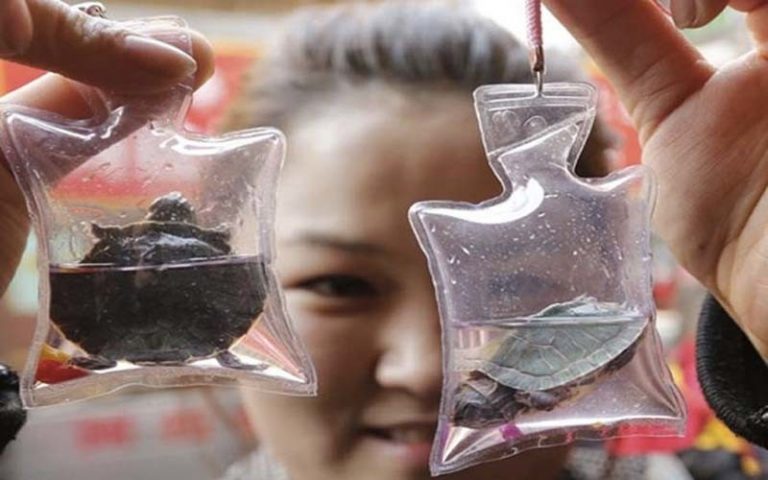 They can be found on sale for $ 1.50 at the subway and train station.

Qin Xiaona, director of Capital Animal Welfare, points out that these souvenirs are legal in China because only wild animals are protected there, and these animals are not in that category. 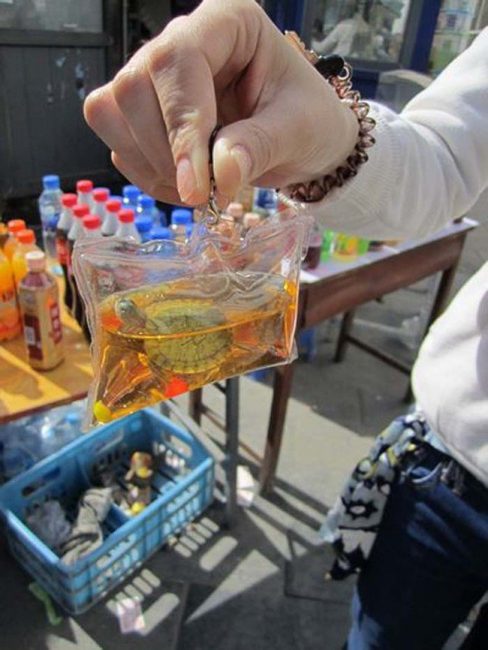 However, more than a million supporters have signed on to the petition, which is in favor of stopping the sale of these disturbing gifts.