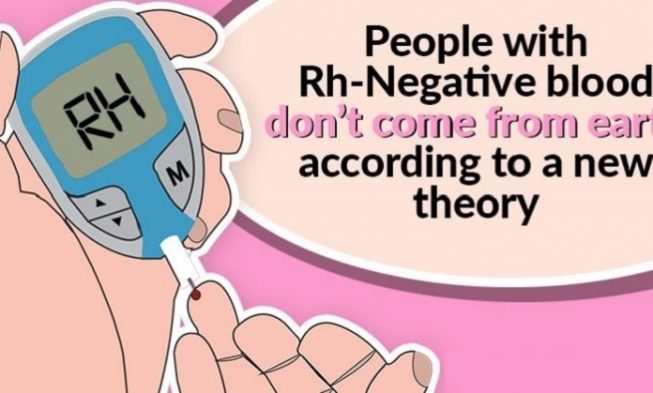 Mystery of the People with Rh Negative Blood

The scientists haven’t found the evidence of the life in another planet, yet, but there are big chances to not being alone in the Universe, having in mind that there is an enormous amount of the stars we see in the night sky.

However, before we look to the stars, we would like to explore a phenomenon that people who are calling ‘alien’ life live among us right now.

Rh-Negative: What Does It Mean?

The people’s blood can be Rh positive, which represent the blood that consists the Rh protein, or Rh negative, which means opposite that it doesn’t consist the Rh protein. Your final blood type is determined by the letter of your blood, plus whether you are Rh positive or negative.

Why is the mystery about the people with Rh negative and the believing that they came from another planet of the Universe?

Because of the fact how rare these blood types are, there is definitely mystery about the Rh-factor in people. The evidence shows that about 15% of the United States population have Rh-negative blood. The mystery, actually is how these people came about being RH- negative. According to the genetics, the people can inherit the traits only by their ancestors, not including genetic mutations.

Following the scientific statement that the human beings and monkeys both came from the same ancestor, means that their blood should reflect that, too. However, while all monkeys are Rh- positive, it is not the same with the humans. According to the statistics, the highest grouping of people who are Rh- negative lives in the Basque area of Spain around 30%.

Where Did These Mysterious People Come From?

While this is still a mystery, scientists believe that those people first appeared 35,000 years ago. Even though the scientists don’t know about the Rh- negative blood, there are some things that they do know. For example, if a pregnant woman who is Rh- negative with a baby that is Rh- positive, her body may perceive her child to be a foreign body. It happens because Rh-positive and negative blood do not mix, so the mother’s body creates antibodies to try and fight the perceived threat. Luckily, by the intervention of modern medicine, there is a treatment that the mothers can have to prevent this from happening.

The advantage that the people who are Rh- negative have over others is their ability to withstand certain diseases. They may be resistant to some of the effects of the parasite Toxoplasma, which can invade the body and damage the brain, especially in babies.

There is so much that the people don’t know about Rh- negative blood, so the challenges of the scientists are huge in discovering it.