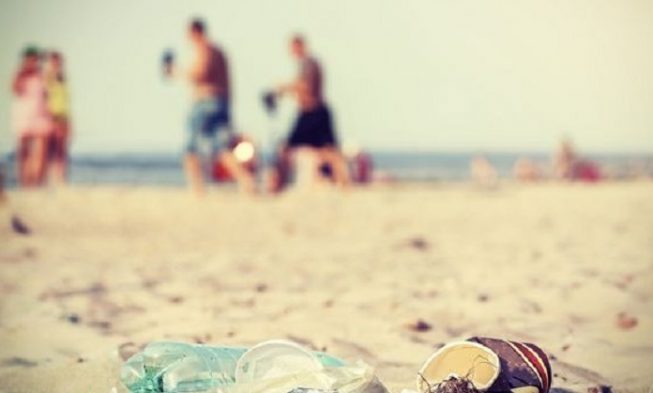 There is no doubt that one of the bigger problems nowadays is scattered trash everywhere where people have access. Apart from destroying the environment, it creates an ugly and expensive job for someone else. There are people who will only see trash while walking in nature and continue walking, and those who will be proactive and pick it up and dispose of it properly. Although it is the job of the persons and institutions that deal with the garbage generation, most often it remains a concern for someone else. So it will often be noticed that individuals who are rightly bothered and concerned about the clean environment are going out of their way to collect someone else’s waste. If you are one of those people, you will strive to keep your surroundings clean and accept the work you have to do for someone else as your own. At the same time, you and other organizations in your area should take awareness-raising activities for those who do not care. The moment there will be fewer people dumping garbage everywhere, and those picking up a few pieces of garbage in their daily routine, the environment will be a cleaner and more attractive place to live.

Environmental pollution through waste has a number of consequences and negative impacts on both the environment and the population. Employed people engaged in this work have a unique purpose, cleaning cities, and the environment, which involves picking up someone else’s garbage.

Since money is invested in something that can be easily avoided for this purpose, adequate measures should be taken and redistribution of tax money spent for other purposes. Litter attracts many harmful pests such as mice and other rodents, but it can also attract larger animals like bears. Each person has had the opportunity to see nature documentaries that include segments about the harmful effects of litter. So often birds can be seen choking on pieces of plastic, fish stuck in cans and countless other disturbing images, and most tragically this also happens with children who can potentially swallow small pieces of litter. Garbage scattered everywhere gives insecurity to the community in which people live.

Litter Is A Chain Effect

The effects of a liter in communities are linked in a chain, so if one lives in a community where most people behave irresponsibly on the issue, they are more likely to embrace such a mentality.

Surfer and advocate for the ocean, @timlatte joined our global movement earlier this year. Today, Tim continues his support throughout #PlasticFreeJuly⁣⁣⁣⁣ ⁣⁣⁣⁣ It doesn’t matter where Tim’s travelling in the world, he always manages to do a #Take3fortheSea. Every piece makes a difference. ⁣⁣⁣⁣ ⁣⁣⁣⁣ Can you list all the countries you have done a #Take3fortheSea? ⁣⁣⁣⁣ ⁣⁣⁣⁣

On the other hand, when people live in a clean community and notice that individuals are conscientiously collecting litter, they will adapt to the environment and act similarly. This chain effect is somehow contagious and can also harm humans in the way that the garbage can contaminate groundwater and cause flooding if it clogs sewage. Unfortunately, there are many more who don’t think much when throwing their bags out of the car window.

Spending data on waste management from the United States is around $ 11.5 billion annually. There is a clear reduction in road junk (61% since 1969), but this is still a huge problem. Even this is reflected in the value of the properties and houses around which garbage can be seen since their valuation is lower than in homes that have a clean environment.

When we #refuse disposable plastic we prevent #plasticpollution before it becomes a problem. Food for thought. Nice #take3forthesea by @projectaworldwide in #dianibeach in #kenya

About sixty percent of property appraisers lower the value of a home if there is a litter nearby, and this happens in tourism, ecosystem restoration, vehicle/boat repairs, wildlife injuries, and human health.

Likewise, according to estimates, there are 270 million tonnes of plastic waste in the ocean, and over one million birds and 100,000 marine mammals die by direct contact or are stuck or trapped.

Last month, @nataschaelisa travelled to Lord Howe Island off the east coast of Australia to see first hand the effects of plastic. ⁣⁣⁣ ⁣⁣⁣ Natascha discovered that not even the most remote places on our planet are immune to the plastic crisis. ⁣⁣⁣ ⁣⁣⁣ Photographed, microplastics are harmful to our marine ecosystem and are accidentally mistaken as food by seabirds, fish, whales… even plankton!⁣⁣⁣ ⁣ Microplastics can work their way into the human body through the food we eat, the water we drink and the air we breathe. ⁣⁣⁣ ⁣⁣⁣ For Natascha, this was yet another reason to join #PlasticFreeJuly and our global movement. ⁣⁣⁣ ⁣⁣⁣ What’s your reason? ⁣⁣⁣ ⁣⁣⁣ #Take3fortheSea ⁣⁣

So the next time either of you is at the beach, in the park, in the parking lot, or anywhere – take a few moments to dump your trash where it belongs.