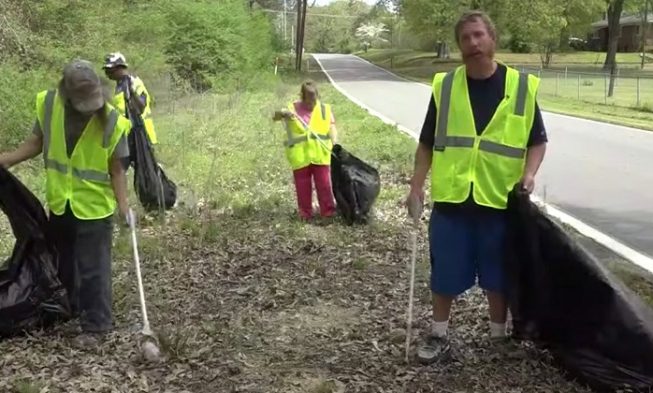 Arkansas’ homeless people are getting paid $9.25 per hour (two dollars more than the federal minimum wage) to clean trash around the state capital.

The program called Bridge to Work has been a great success since it began in April. The city’s mayor, Frank Scott Jr., plans on extending it for another year.

The associate pastor Paul Atkins of the Canvas Community Church runs the program and he reports that “We’re super excited about what has gone on, and we hope to be able to keep the momentum going.”

During a board meeting last month, Atkins said that “We want to work with them on their next step. There are a lot of barriers that our people experience to go from homelessness and panhandling to full-time work. There’s a lot of steps in between.”

Originally, the Bridge to Work program was planned to last only six months. However, the program will be extended to go through the end of September 2020.

Atkins claims that 380 people joined the crew of workers with some returning to work more than once.

Since the program started, 130 sites have been cleaned with 2,056 bags filled with trash and 1,821 hours worked.

The state’s minimum wage of Arkansas has been increased to $9.25 per hour this year.