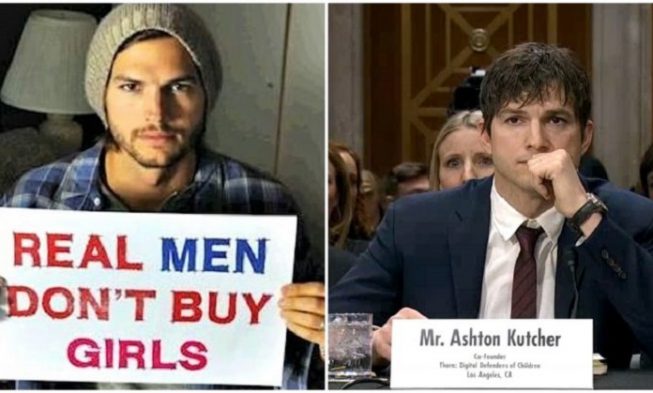 Many peoples’ favorite actor is Ashton Kutcher and almost everyone knows who he is, however, not a lot of people know about his other activities. Supporters are on the rise for Kutcher and it’s all due to his efforts to help victims of human trafficking.

The impact that the organization reached in 2017 shows that Thorn shut down 6,608 plans that perpetrators had. The organization educated 3.5 million teens and the Stop Sextortion campaign was a real success.

Thorn was founded in 2009 as a DNA foundation. Demi Moore, Kutcher’s ex-wife, made her efforts to lower the market which exploits children for sex. Moore and Kutcher realized that this problem got out of hand in the past decade and social networks made it worse.

Kutcher had many interviews in which he talked about the success of his organization. He states that the main idea is to create a technology which will fight the sexual exploitation of children. Kutcher wants to create a method which can help many people.

He held a speech on February 2017 in which he talked about modern-day slavery to the Senate Foreign Relations Committee. This 15-minute speech had a goal to have Congress take bolder steps and end the misery that many children and women go through.

Additionally, Kutcher talked about the rights that we have which are violated daily. He also mentioned that many people criticized him for his effort and demanded him to return to acting.