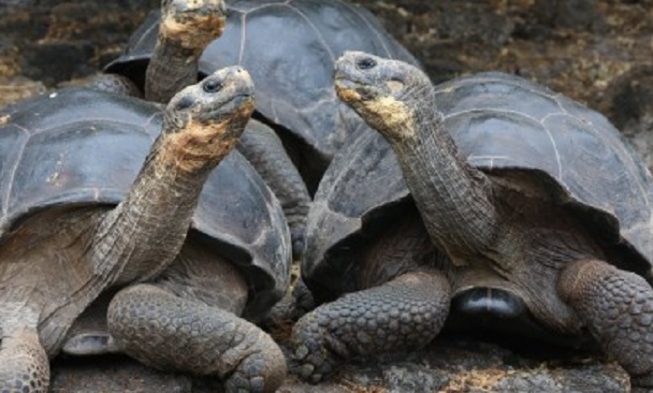 Native to the Galápagos Islands, an archipelago in the Pacific Ocean located west of Ecuador. One of the reasons why these islands are so famous is that Charles Darwin once visited them. The time he spent there has influenced his Theory of Natural Selection,

One of the largest tortoises in the world is the Galápagos tortoise. Usually, they grow longer than five feet and can way up to 550 pounds. The lifespan of this tortoise can reach over 100 years. The oldest tortoise that has been recorded lived to 152 years. 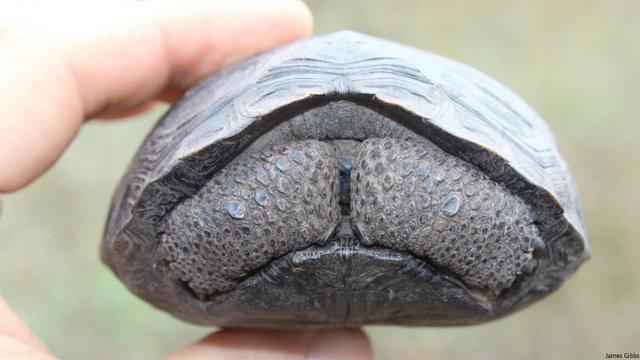 Galápagos tortoises live a simple and slow life. In a 24 hour day, they nap for 16 hours and love to sit in the sun. Galápagos tortoises eat leaves, grass, and cactus. These tortoises can go a year with no food or water because of their slow metabolism and their ability to keep huge amounts of water internally.

In 1831, when Darwin visited the Galápagos Islands, 15 types of big tortoises existed there. However, as of 2019, IUCN Red List reports that two of these tortoises have been extinct and six are critically endangered. Out of the rest of them, three are endangered and three are vulnerable. The fifteenth species most likely went extinct sometime in the 1800s. This species does not have a name and we do not know how it looks like because a full specimen was never recovered by scientists. 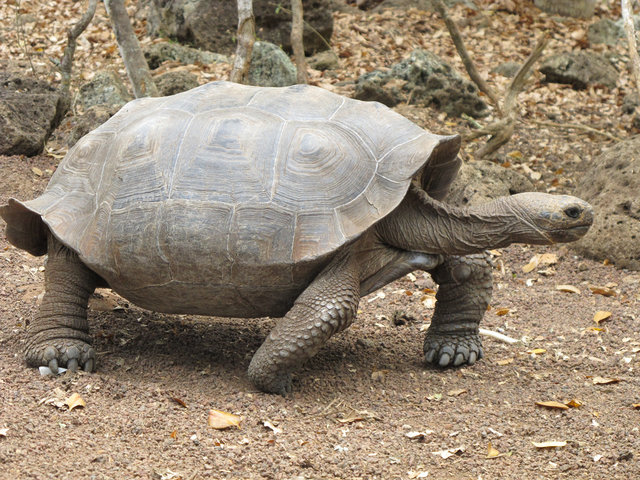 Merchants, pirates, and whalers killed almost 100,000 Galápagos tortoises between the 1600s and 1800s. The tortoises were used as a source of food and later they were murdered for oil. Additionally, another threat to these tortoises have been non-native animals that have been introduced to the islands by humans. These animals are pigs, rats, and dogs who eat the tortoises’ eggs and kill the small ones. Moreover, cows, goats, donkeys, and invasive plants have damaged their habitat. 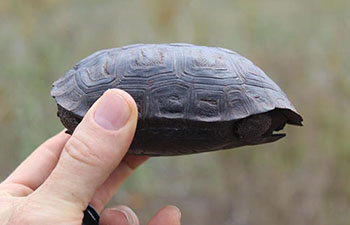 Galápagos Conservancy is one of the organizations that have been working hard to save the giant tortoises for many decades. Their main initiatives are:

Conducting resources on the tortoises’ habitats.

Repopulating islands where the tortoises are extinct.

Managing and researching interactions between tortoises and humans.

The greatest achievements of the conservation efforts was the Galápagos Conservancy’s work to eliminate the non-native rats that were located on Pinzón Island. These black rats came to the islands through ships. They ate tortoises’ eggs for more than a century which stopped the population of tortoises to grow.

Conservationists started moving tortoise eggs from Pinzón to the Santa Cruz Tortoise Center in 1986. At this center, the tortoise eggs could hatch and grow up without being threatened by the black rat.

20 juvenile tortoises came back to Pinzón from the Tortoise Center in 1970, and because they were large enough, they were not vulnerable to black rats. Additionally, in December 2012, the conservationists cleaned up Pinzón completely from black rats.

More than 1000 juvenile tortoises have returned to Pinzón by the end of 2017. The future of the Galápagos tortoise is bright since their presence on the island has increased.