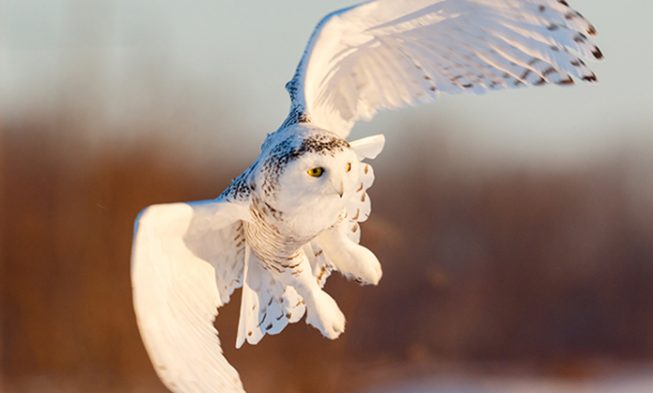 With its fluffy feet, amber eyes and elegant plumage, the snowy owl appeared in the North Meadow ball fields of Manhattan.

People spotted it in Central Park on the morning of January 2021. Immediately they let all the other people know about this occurrence via the Tweeter account Manhattan Bird Alert, whose aim is to track avian sightings across the borough.

A number of people showed at the place, hoping to catch a glimpse of the magnificent snowy owl. The whole situation was extremely exciting because of the fact that it was in 1890 when a snowy owl was spotted in Central Park for the last time.

@BirdCentralPark
We were also part of the lucky crowd that enjoyed our beautiful visitor today.⁰
We were more welcoming than some.
Wonderful experience. 🙂 pic.twitter.com/t5k6IkeKcc

What does the Audubon Society say about snowy owls

According to Audubon Society, snowy owls are found in the high Arctic tundra. During the winter season, they usually venture south where they are looking for prey.

Even though the owls are abundant in North America, trying to escape the human disturbance, they appear to be at risk for climate change. If the warm weather on the planet continues, their range will decrease.

Brooke Bateman, the director of the climate science at the Audubon Society, said that the snowy owl didn’t appear at Central Park for no reason.

According to him, for a while now the species have been looking for places in New York City outside of Manhattan. Thus, it indicates that they are coming for what they need in these areas. People just have to make sure not to put too much pressure on them.

Anyways, the experts say that the snowy owl which they saw in Central Park in a young female. They draw the conclusion upon the black markings that characterized it. Even though she came alone, it seems like she never lacked company.

First of all, there were many people who came to watch it from a distance. It was all going smooth, except for this one case which made the employees of Parks Department interfere so as to prevent the disturbance of the owl.

Then, there are the other birds which made her company. But she was not that fond of that company either because they were not friendly. The red-tailed hawk and the crows were chasing her, thus defending their territory.

Nevertheless, the snowy owls except for hunting rodents and rabbits, sometimes they go for crows as well. Therefore, she definitely knew how to deal with them.

Once in a lifetime appearance of the Snowy Owl in NYC Central Park, North Meadow yesterday (1/27/21). A video clip of the owl being harassed by the very loud crows and not moving an inch. #birdcp #SnowyOwl pic.twitter.com/OPaVGMQva9