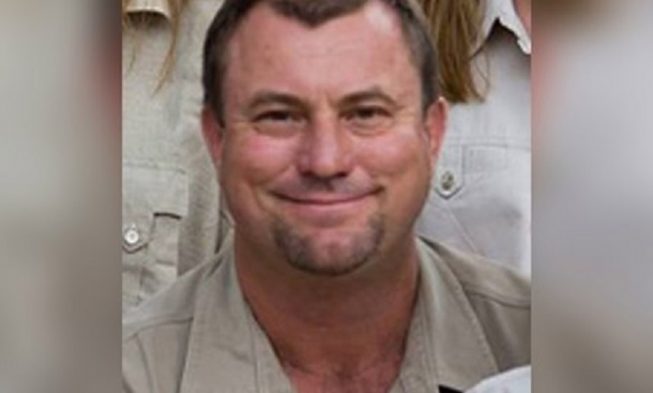 Theunis Botha, a professional big game hunter from South Africa, passed away at the age of 51 after a shot elephant collapsed on top of him.

As a college student, Botha guided his first hunt through South African grasslands in 1989. The money he got from the hunting trip clients was used to pay for his college education, earning him a degree in anthropology and psychology in 1991. After college, he started big game hunting full-time, even starting a hunting farm with his wife, Carike. As time passed, he opened up private hunting ranches in Botswana, Zimbabwe, and South Africa.

During his last hunt, he was leading a trip in western Zimbabwe’s game reserve at the Hwange National Park. A group of breeding elephants surprised the hunters as three of the cows charged at them. After firing at the elephants, a fourth elephant cow rammed into him from the side. One of the hunters with Botha shot the elephant as it lifted Botha with her trunk, collapsing on top of him and killing him.

Botha left behind his wife and five children and his body was transferred to Hwange Colliery Hospital’s mortuary. Later, the body was taken by his wife to be buried in South Africa. Later, Carike posted on their Facebook page about her husband’s death and received mixed reactions. Botha’s fellow hunters gave their condolences and respect for the man while other people left harsh comments because of his profession.

Spending about 28 years running his hunting business, Botha was a passionate and professional hunter attracting clients from all across the world. His specialty was the ‘Monteria hunt’ which is a European-style hunt, using a pack of hounds to drive animals toward the hunters.

Big game hunting is the very essence of hunting in Africa due to the experiences and challenges it brings. Big Game does not mean that only big animals are hunted. Even species like the antelope are included and classed as a big game. When talking about the Big Game hunt, the top five animals that are thought of are the leopards, buffalo, elephants, rhinoceros, and the lion which are the main attractions of hunters traveling in Africa. Because many of these species such as the rhino are protected due to its low population, they’re not poached as they once were.

Even though this is a thrill for many people across the world, a lot of people condone their actions. Poaching is a bad habit for many people because it leads to a reduction in the population of animals, sometimes even leading them to extinction. Controlled poaching should be allowed for people to control the populations of animals but not to an extreme level.