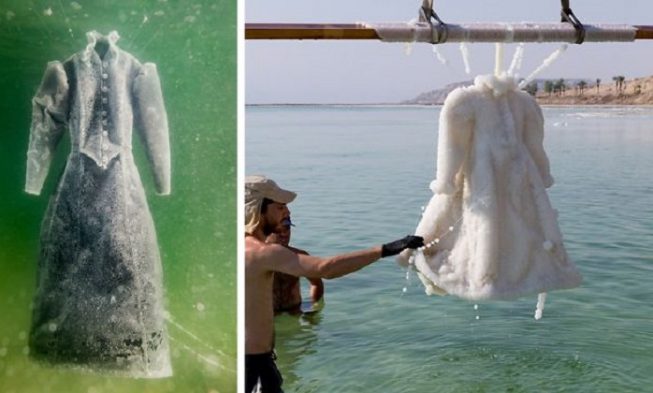 Sigalit Landau is an Israeli artist born in Jerusalem. She lived in the capital in a house on a hill for her entire childhood and enjoyed the view of the northern banks of the Dead Sea.

On weekends, her family always visited the shores. Using these memories, she influenced her creative works both material and milieu. 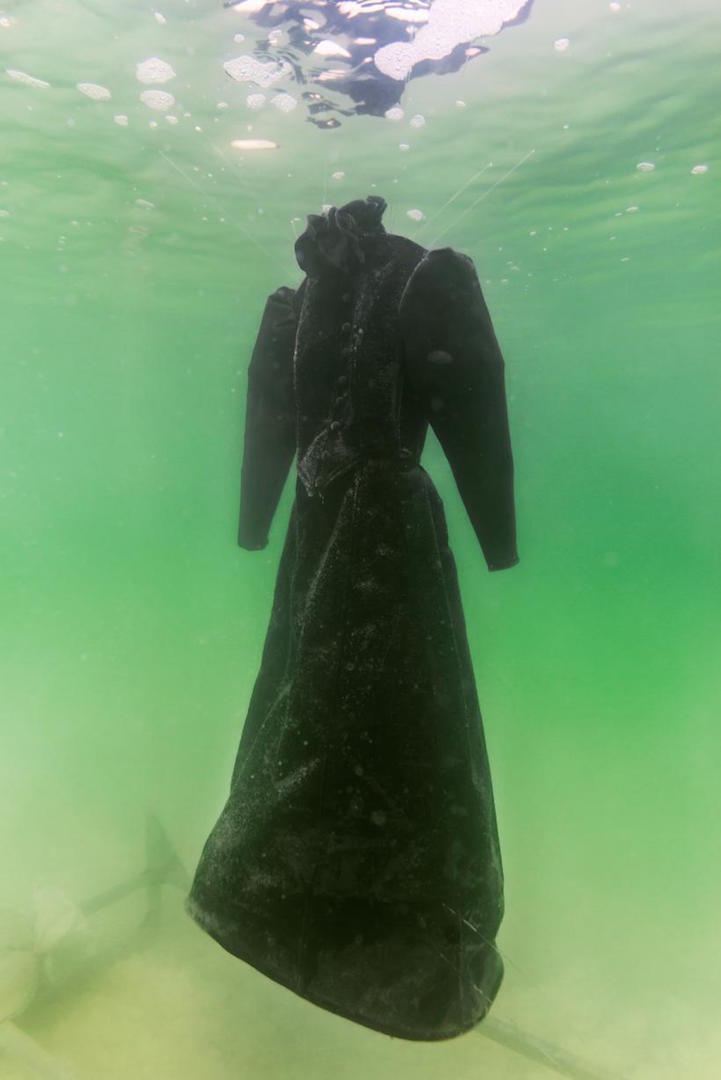 During the times she visited the artwork, she took pictures of the transformation of the gown as salt crystals gradually overtake the dark fabric. After three months, the dress looked entirely white, almost as if it was covered with snow. 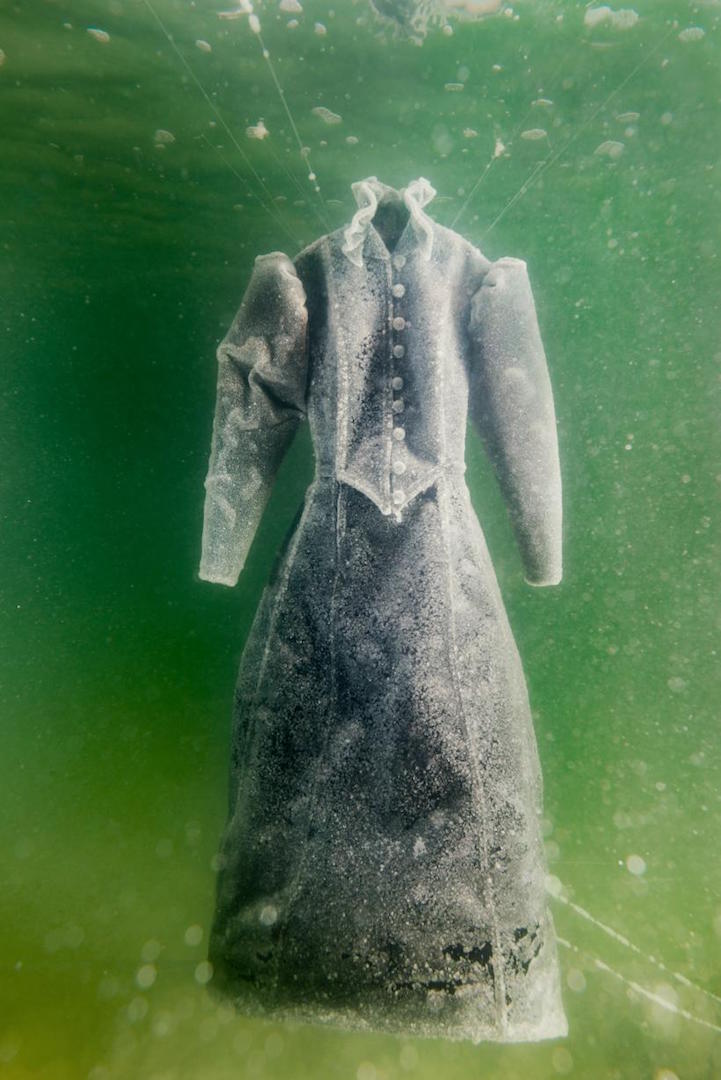 The photographs of the dress are displayed at London’s Marlborough Contemporary until September 3, 2016.

The reason why the crystallization process works is that the salt molecules in the lake meet up at the dress and interlock with one another. As they begin to interlock, one after another, they fit together like pieces of a puzzle and arrange themselves in a lattice structure. This way, they create a crystal nucleus that covers the dress. 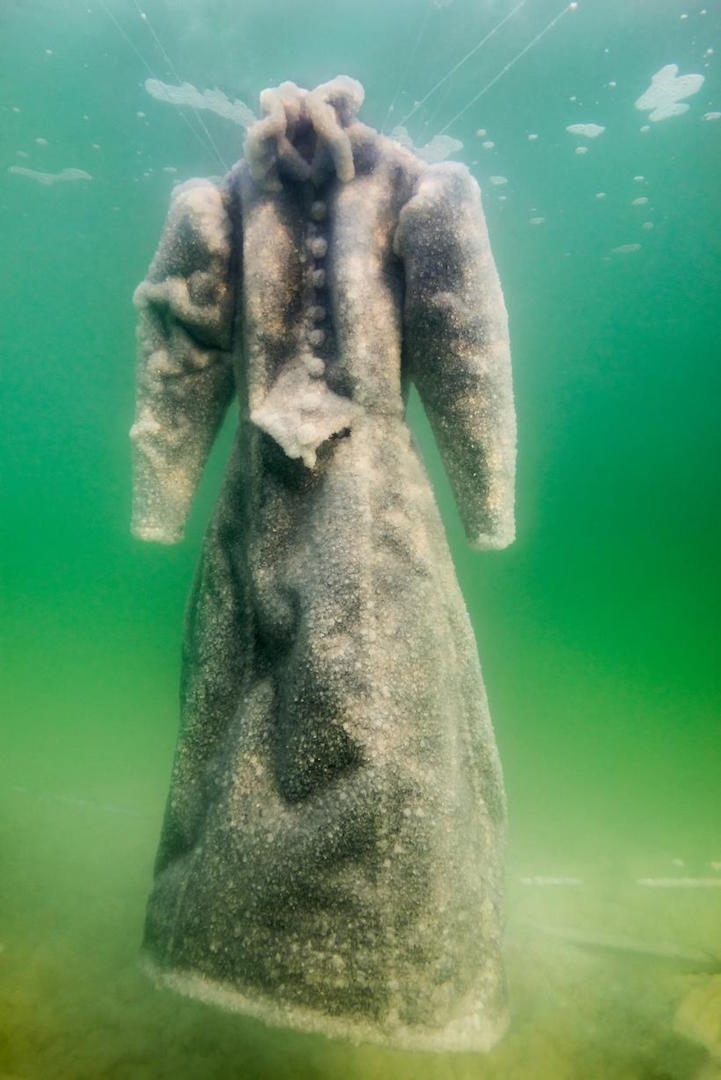 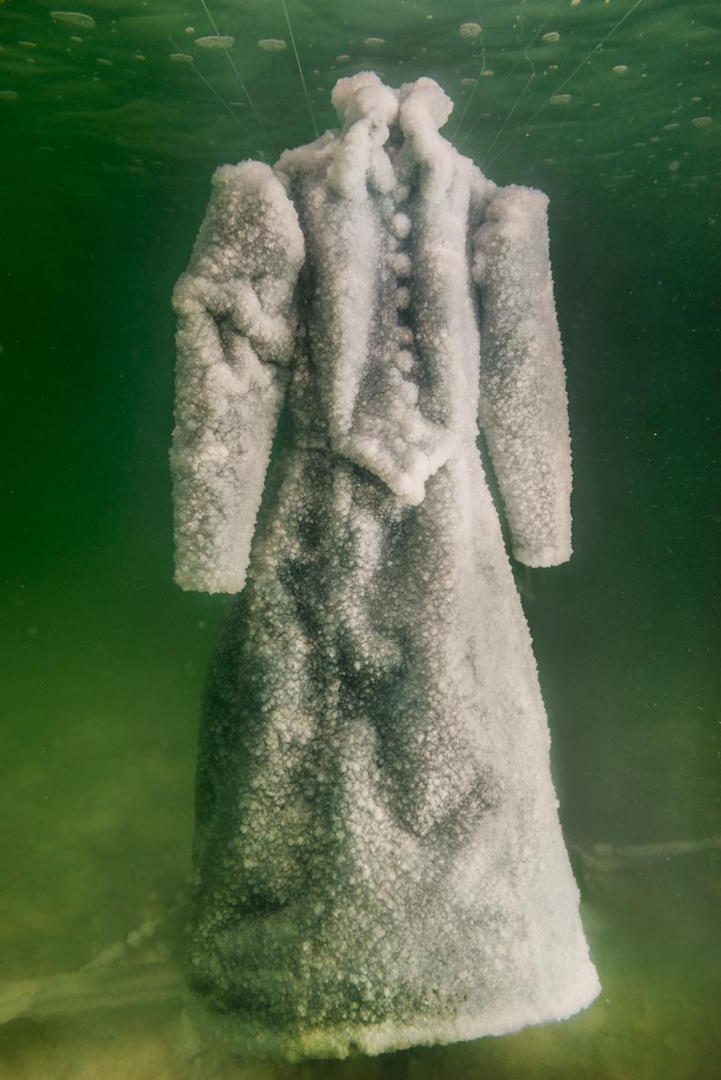 Additional molecules in the water also meet up with the crystal and as they attach onto it, the larger the crystal grows. 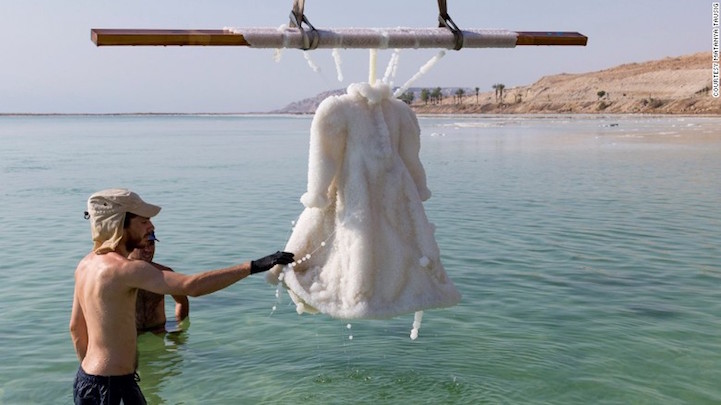 Inspiration for the Art

Landau drew inspiration for the dress from S. Ansky’s 1916 play named The Dybbuk. In the play, a young Hasidic woman becomes possessed by a spirit from her dead lover while she’s engaged and married off into a wealthy family. Landau wanted to emulate the story’s richness in sorcery and romance. The Salt Bride dress that was used for this artwork is a replica from one worn in the dramatic production in the 1920s.