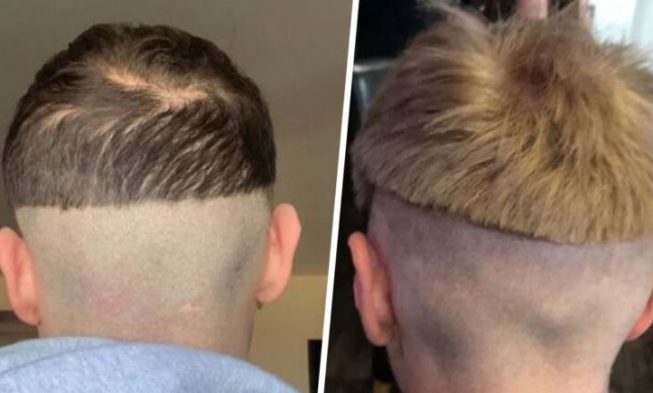 Isolation in many countries has led to very strange things, which people began to share on social networks, in order to make their lives more interesting.

That is why individuals decided to replace boredom with showing their abilities, so celebrities, as singers, sang songs that their neighbors enjoyed, dancers danced in their homes and balconies, and countless others sharing ideas with people from their surroundings or through modern technology.

Due to the measures taken by the government, barbershops were closed, so now men have two choices, to go back to angry teenage years where their long, swaying hair covered most of their faces, or to allow someone in the family or their girls to “play” with their bangs.

This situation led their bored girls at home to believe that they had the skills of a professional hairdresser, so they started applying their “skills” to their boyfriends, but the result was very disappointing, which can be seen in the pictures.

The boys allowed this for the girls because their barber was also quarantined. However, this combination of boredom with the need for a haircut doesn’t mean that anyone should experiment with potentially catastrophic hobbies.

Tfw you realize your girlfriend’s going to have to cut your hair pic.twitter.com/A6vNDpro1b

It seems that many have been doing their research on the internet first, at least, for ‘How to cut your own hair’ have spiked in recent days.

Must be some hilarious barnets doing the rounds in houses across places in #Lockdown pic.twitter.com/SPyrrs7ux5

The experience shows that there’s a difference between reading about how to do something and putting it into practice and looking at the results.

One Twitter user, Daniel, allowed his partner Sophie to shave some of his hair, but she clearly had other plans and simply shaved off most of Daniel’s hair, leaving only a serrated strand on her head.

It’s a good job we’re self isolating, just let Sophie attempt a skin fade and now it looks like I’m about to nuke America pic.twitter.com/AeDjaHMaAb

Another man, Jake, trusting his girlfriend too much, decided to let her do his hairstyle by showing her a picture of how he wanted his hair to look.

Gave my girlfriend this picture of me last year to go off while she cut my hair (she’s never cut hair before) pic.twitter.com/oTBDMb9mpq

His idea was that his hair would be short on the back and sides and longer at the top, but his girlfriend just went in and shaved the tight lines around the bottom of Jake’s hair.

This is what I got… pic.twitter.com/tR1F1sZbHS

The next who also fell victim to a loved one’s razor was Matt, 20 years old. Just like Daniel, he ended up with markedly swollen, bumpy moves that jumped from bald to hairy pretty quickly. 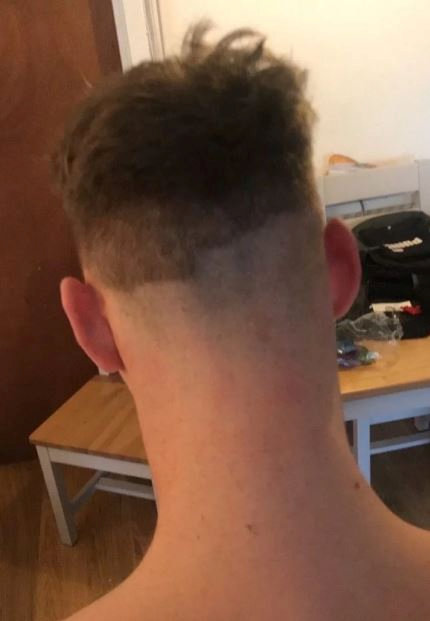 Another boy, Josh, 20, decided to use a bowl method to achieve a clean cut. However, it did not turn out as Josh expected, because it seemed likely to be small, so it resulted in him sticking a ribbon on an otherwise bald head. 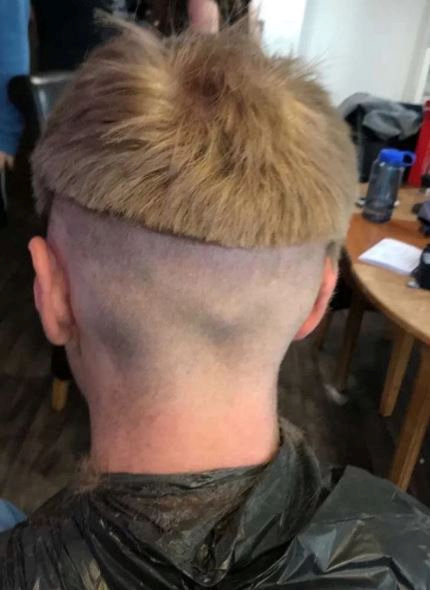 Although, the feeling of these men can be painful when they look in the mirror, at least they have a good excuse to hide from the rest of the world until their hair grows.

The message of this story:

If you think it’s time to cut your hair, don’t do it unless you have a trusted and experienced person who can do it on a way you like.