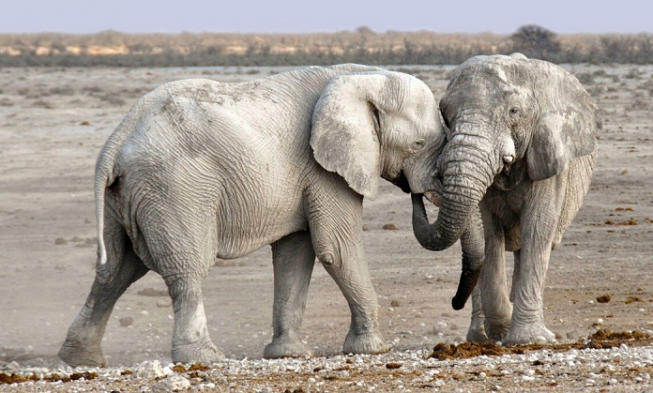 Botswana’s government made a huge decision on Friday, February 7, which will greatly impact the elephants in the country. The auction that the government held was successful and they sold the rights to trophy hunters, allowing them to shoot and kill 60 elephants. With this sale, the government made about 25.7 million Botswana Pula and in US dollars, it’s approximately $2.3 million.

In Africa, Botswana is the only country in which the population of elephants has increased since the 1990s. The population then was as low as 80,000, whereas today, it’s about 130,000. Unlike Botswana, neighboring countries have had their population decreasing at an alarming rate. This decrease in population is largely due to poaching.

Mokgweetsi Masisi, the President of Botswana, revoked a five-year moratorium on the hunt of elephants in May last year. He claimed that the reason for this is the conflict between elephants and humans. People claim that Masisi has issued more than 270 elephants to be hunted in 2020 alone. Many conservationists are greatly concerned about his decisions and are warning that it might start a conservation disaster which impact will be great and affected globally.

Different from the conservationist, local communities are praising the president for lifting the ban on the hunting of elephants. Botswana officials claim that hunting is very necessary since the elephants are starting to roam out of their zones and are affecting the farmers. They go into their farms and communities and destroy the infrastructure and crops.

The only companies that were allowed to bid for the hunting licenses were the ones who put in a refundable deposit of 200,000 Pula which accumulates to $18,000

The EMS Foundation made a statement on their website, saying: “The Botswana government has demonstrated to the world that it does not care that elephants play a critical role in maintaining healthy ecological systems, nor does it seem to understand that killing off prime elephant bulls undermines the very basis of its successful ecotourism economy. The Botswana communities are extremely dissatisfied at the process in which these elephant hunts are being marketed. There was meant to be a tendering process rather than an auction but clearly, there is no governance capacity. The qualifying criteria explicitly excludes tourism operators or Foundations, such as ourselves that do not necessarily want to hunt elephants but do desire to fund non-consumptive conservation in Botswana.”

The population of elephants in Africa has decreased to a third since 1979. Since then, the population plummeted from 1.3 million to less than 450,000 in 2015. This information is according to numbers shown by the International Union for Conservation of Nature.

Despite these numbers, poachers are still active and are the main cause of the decrease in population. With the hunting license being sold at the moment, environmentalists fear that it could encourage more hunting.

Eduardo Goncalves, the founder of the Campaign to Ban Trophy Hunting, made an interview with the Independent and he stated that:

“Trophy hunting is artificial selection. By targeting the biggest and strongest animals, it leaves the weaker, smaller animals behind. This means the best genes are being lost, so the species will be less able to adapt to accelerating climate change, it will be more prone to disease, and the risk of extinction is greater.”

'Ross Harvey, an environmental economist in South Africa, told the BBC: "There is no scientific evidence to support the view of there being too many elephants.' #Botswana #elephants BBC News – Botswana auctions off permits to hunt elephants https://t.co/4n1nmNOuEy

During one day, about 100 African elephants are being killed by poachers. The reason why these poachers kill the elephants is for the very profitable black market trade of meat, ivory, and other body parts.

Samuel Wasser of the University of Washington made a statement on the website of World Elephant Day. He explained the vital role that the elephants play in our ecosystem. He stated that major habitat changes will occur if the elephants are ever extinct. Many species will feel the negative effects that depend on the lost habitat