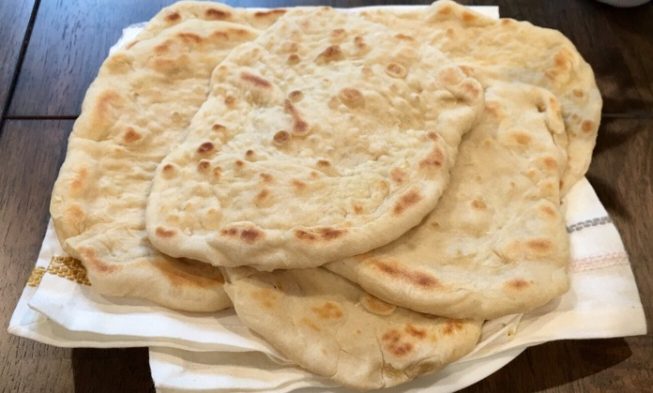 Panicking the purchase and removal of groceries is a common practice of people in different parts of the world on the eve of a significant weather event, or in preparation for life when the supply of groceries is limited or almost impossible.

This year, people all over the world faced an unusual COVID-19 pandemic, so due to limited movement and avoiding meeting other people, they had to create food reserves at home, making most of the local supermarkets too busy. At one point, grocery stores were unable to keep up with the sharp rise in demand, there was a shortage of various items, such as toilet paper, canned goods, and bread. This was the reason that many people decided to take matters into their own hands and started preparing a large portion of food at home.

Baking at Home is a New Pandemic Gain

Millions of people, as a result of the COVID-19 pandemic, were forced to stay at home and since they did not have a job and because of the reduced costs, many turned to bake as in earlier times.

This reversal led to unexpected shortages of some other products, such as yeast and flour.

Yeast belongs to the fungus family. It is a unicellular microorganism, occurring in nature for millions of years, used to produce bread, wine, and beer. The biggest interest in yeast as a savory ingredient started the beginning of the 20th century, but to the market, it was introduced in the 1950s.

Like herbs and spices, yeast is used by food companies and restaurants as an aromatic ingredient to design more beverage and flavorful food recipes of various applications such as soups and sauces, seasonings, and snacks but also in ready meals, in meats and more.

Yeast’s main benefit is taste improvement of food and beverage applications, rounding off the taste of foods, or bringing intense umami taste.

Because of the yeast shortage a few crafty individuals, like Sudeep Agarwala, a yeast geneticist and biological engineer living in Boston, started teaching people how to make their own yeast online. His opinion is that there is never a shortage of yeast because the yeast is all around us, and everyone can just cultivate it and use it to make what he/she wants.

Friends, I learned last night over Zoom drinks that ya'll're baking so much that there's a shortage of yeast?! I, your local frumpy yeast geneticist have come here to tell you this: THERE IS NEVER A SHORTAGE OF YEAST. Here's where I'm a viking. Instructions below.

He has been retweeted nearly thirty thousand times and that shocked him how many people were interested to do what he said.

For many, baking their own bread at home involves processing the yeast, kneading, and adjusting the conditions to rise the dough and bake it. If you’ve already done this and are thinking of jumping on top of those who do, you don’t have to worry, but if you’re a beginner in this skill, try starting with a flatbread. This is the simplest bread you can bake, and since it is unleavened, the problem of lack of yeast in stores will not worry you at all.

This so-called Navajo Flatbread requires only five ingredients, it takes about an hour to make, and you can store it for a few days at the counter, or freeze it for later.

Carbs are 1 of 3 macronutrients found in food, and they are distinct by the type, quality, and quantity. In the food can be found 3 different types of carbohydrates: sugar, starch, and fiber.

For all who are on a dietary restriction, but still want to try some home-baking products, this recipe for low-carb flatbread can be combined with shredded cheese, egg, and almond flour instead of all-purpose flour. The original recipe is deep-fried, but you could try pan-frying instead to make flatbreads a little healthier.

Many people have a gluten intolerance, which is a fairly common problem, characterized by adverse reactions to gluten (a protein found in wheat, barley, and rye).

Here are the main signs and symptoms of gluten intolerance:

Making gluten-free bread requires some special tricks, because gluten-free flours don’t blend as well as traditional flour, and bread is often thicker than regular. When this presents a problem, one should try an alternative and prepare rice bread, the recipe of which has a larger number of ingredients than the recipe for wheat flour.

Besides the fact that homemade bread is extremely cost-effective, many people are turning to the seemingly forgotten ritual in order to fulfill their time and because it can act as a great stress-reliever.

According to Philip Muskin, a Columbia University psychiatry professor and the secretary of the American Psychiatry Association, baking can effectively divert anyone from the negative events happening around that couldn’t be controlled.

Baking needs mindfulness, as it requires paying attention to many things, to be active at the moment, to be there really. Muskin puts the equation between the effects of baking and meditation or breathing exercises.

Food writer Charlotte Druckman believes that baking has a lot of things with control, as it is necessary to start something and that should be completed within a certain period of time and all processes to be followed.

Baking can be a fun way to pass the time, whether you decide to do it for the reason of suppressing boredom or using it as an antidote to stress. At the same time, this skill can help you reduce costs, and it will certainly give you pleasure and the feeling that you have achieved something on your own.

So, if you haven’t already joined this latest trend, maybe now is the time to do so and fill your home with the delicious smell of freshly baked bread. If the baking process itself is complicated, do not forget about the fruits of that work, which should be your guiding idea.