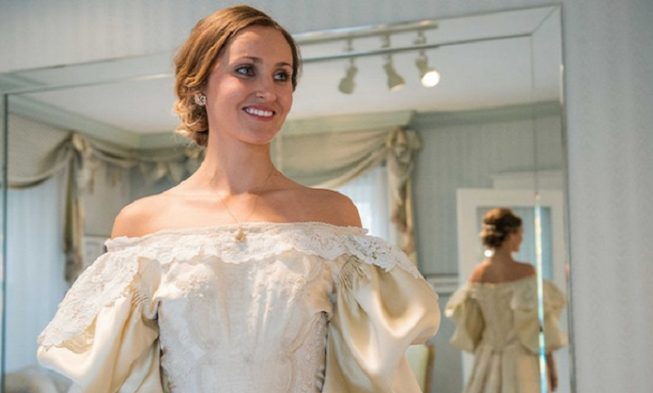 The bride must wear “something old, something new, something borrowed, and something blue” to her wedding, according to an old English rhyme.

Abigail Kingston, a Pennsylvania native, nailed the “old” part because she follows a family custom of wearing a wedding gown that has been passed down from generation to generation.

Abigail Kingston loved looking up at the pictures on the wall of ten different brides all wearing the same dress when she was a little girl in her family’s Bethlehem, Pennsylvania, home.

It’s a 120-year-old family tradition that began when her great-great-grandmother, Mary Lowry, wore the gown in 1895. 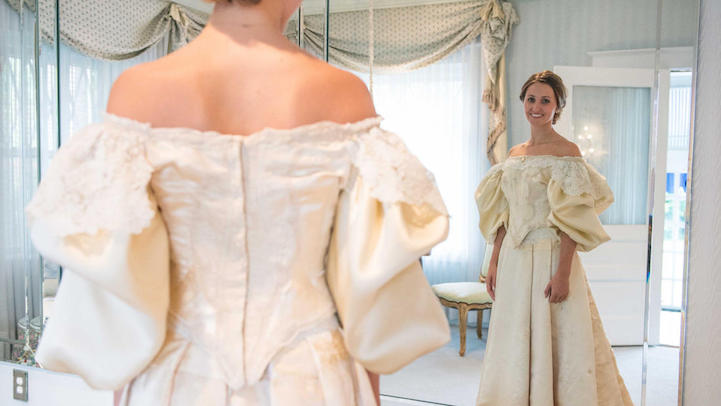 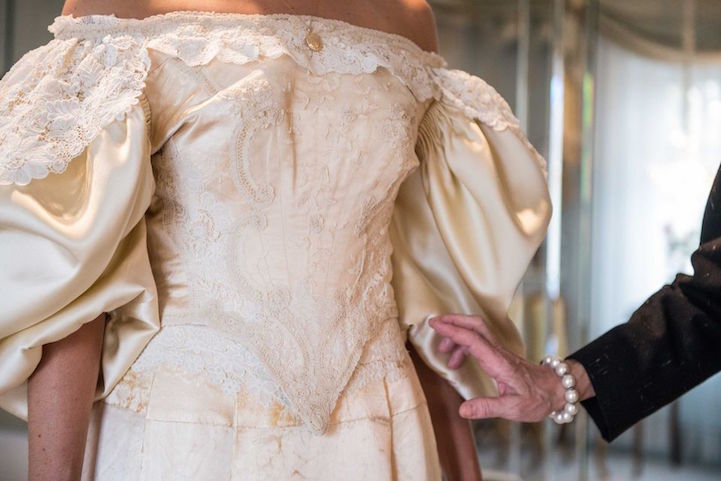 The antique wedding gown was not without its flaws; when Abigail received it, it had yellowed and was riddled with tears and holes as a result of its age. She was only able to wear this antique dress to the cocktail hour after 200 hours of meticulous expert restoration because it was too delicate.

Kingston will become the 11th woman in her family to wear the gown when she marries fiancé Jason Curtis on October 17, which also happens to be her late grandfather’s birthday. Since the dress is so delicate, the bride will change into the antique heirloom for the formal dinner after the wedding. The antique gown may be given to a 12th bride–a daughter of Kingston’s mother’s cousin, who already has shown an interest in the gown–after the wedding. 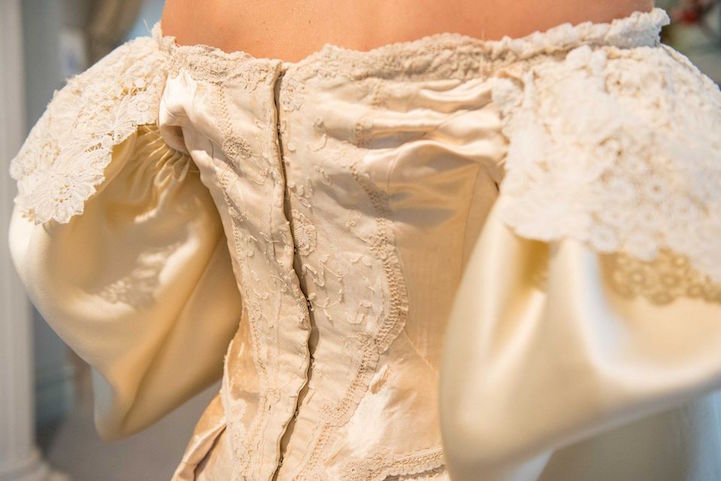 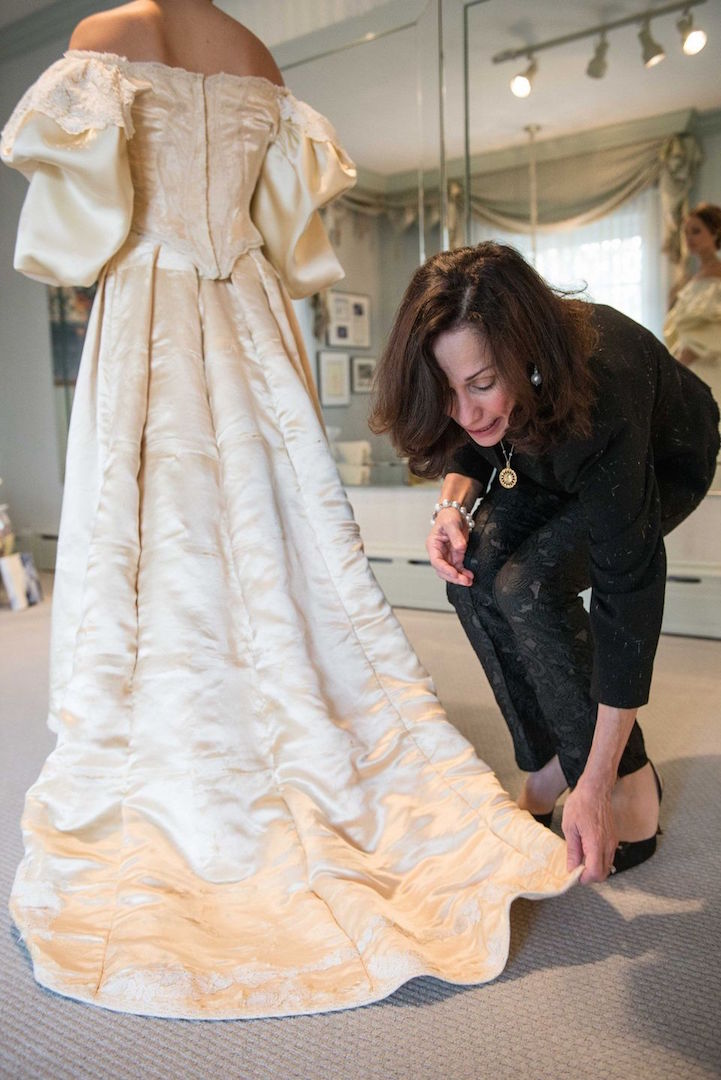 When the 30-year-old got engaged in September, she and her mother, Leslie Kingston, began looking for the dress, which was with her great aunt Sara “Sally” Seiler in Vermont.

The dress was brown when it arrived in April, and it didn’t look exactly like Leslie recalled from her wedding day in 1976, but it looked just as magical.

Only one bride had the gown dry-cleaned, and each had the train tailored to her shape. 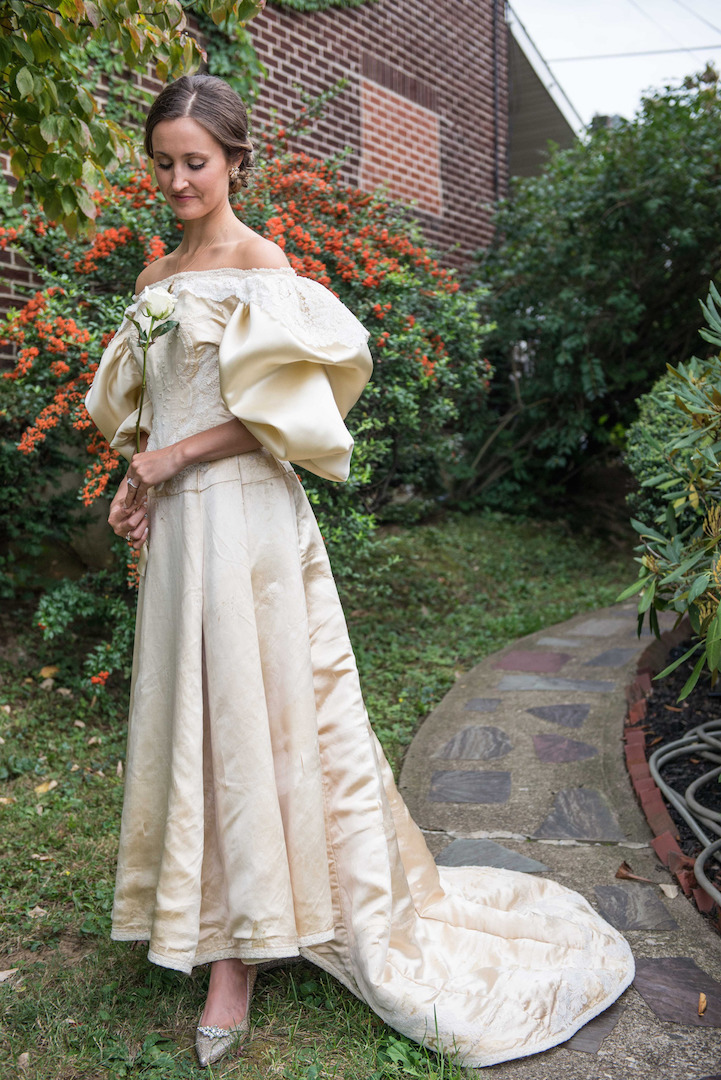 Abigail and her mother decided the dress needed more than just a wash, so they turned to Deborah LoPresti, a bridal designer who specializes in restoring antique gowns.

She worked for 200 hours to get the dress to the stunning champagne color it is now.

Here are the 11 brides that wore the dress before the bride we’re covering in this article: 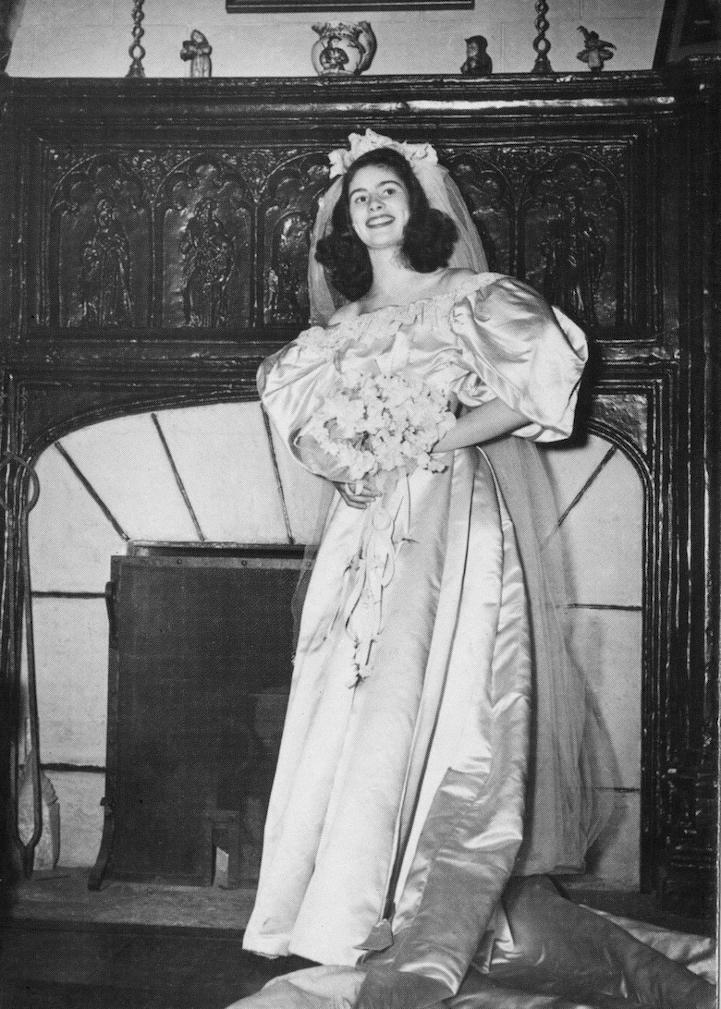 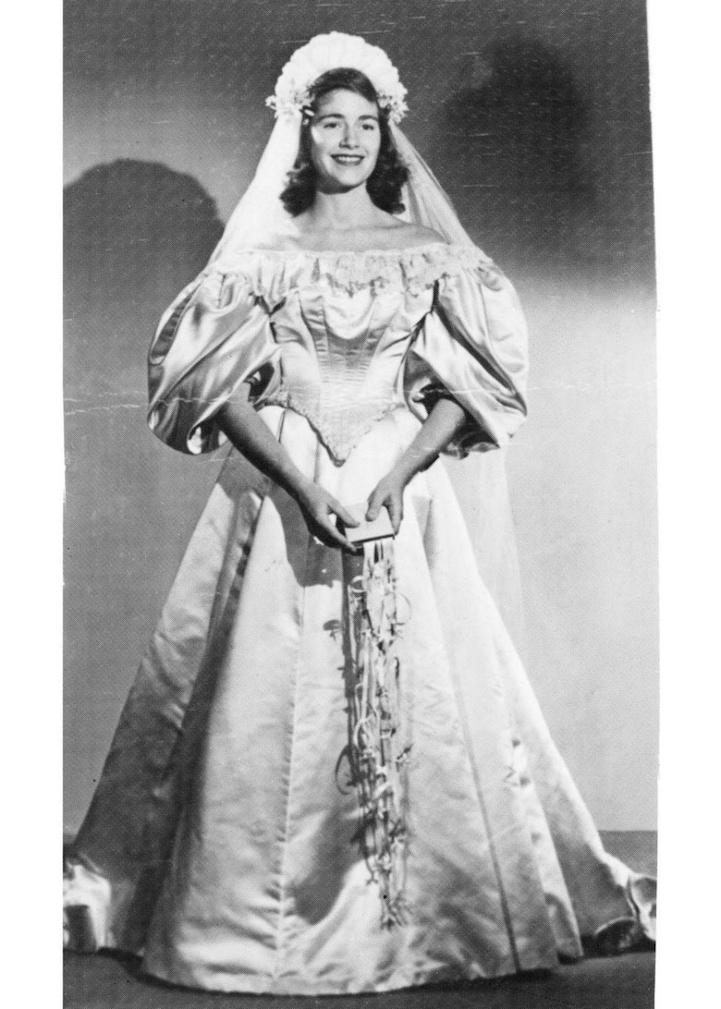 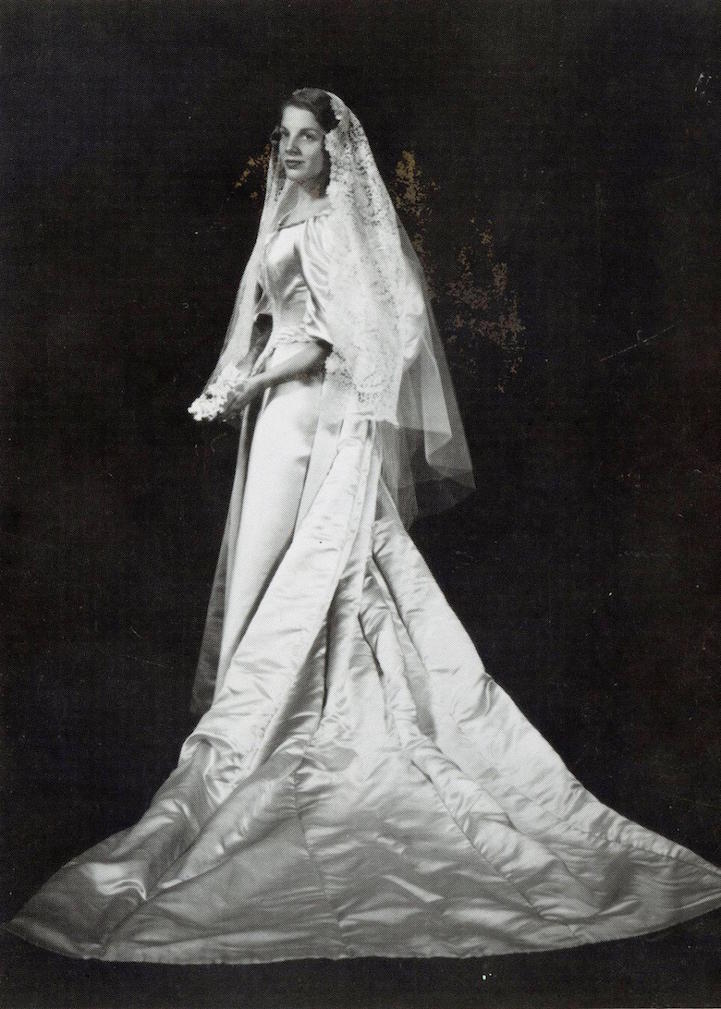 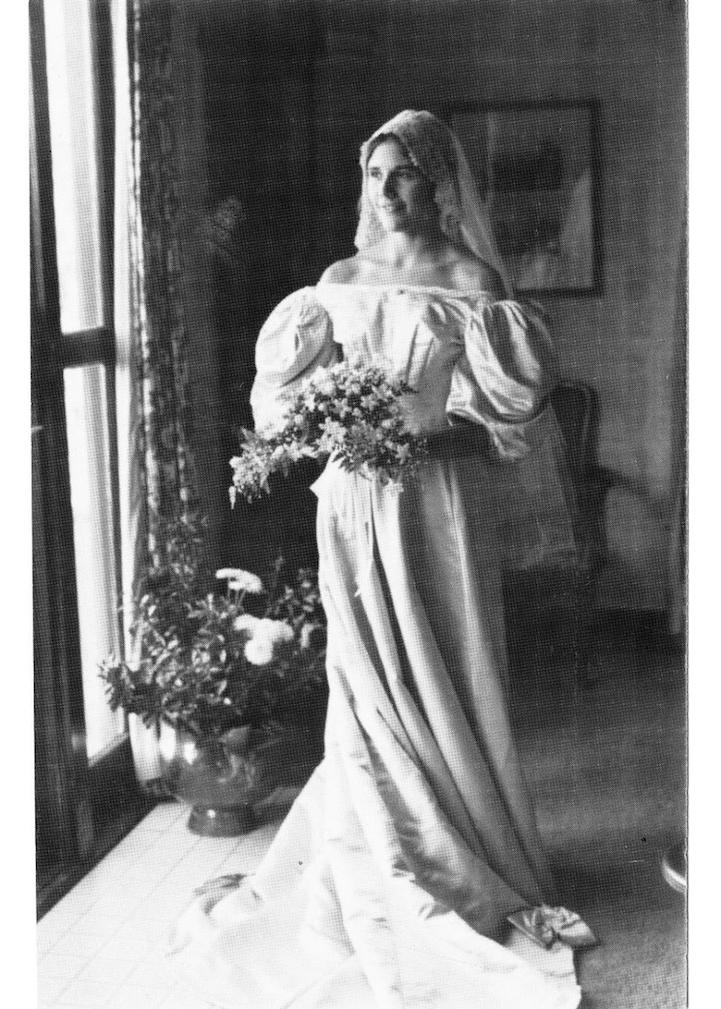 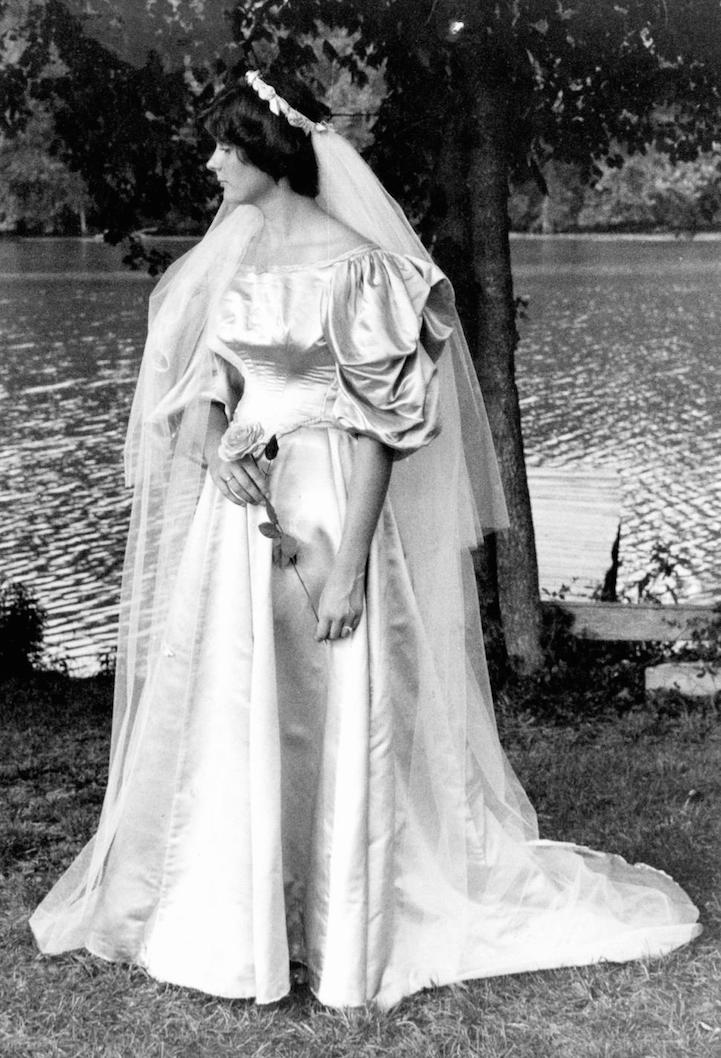 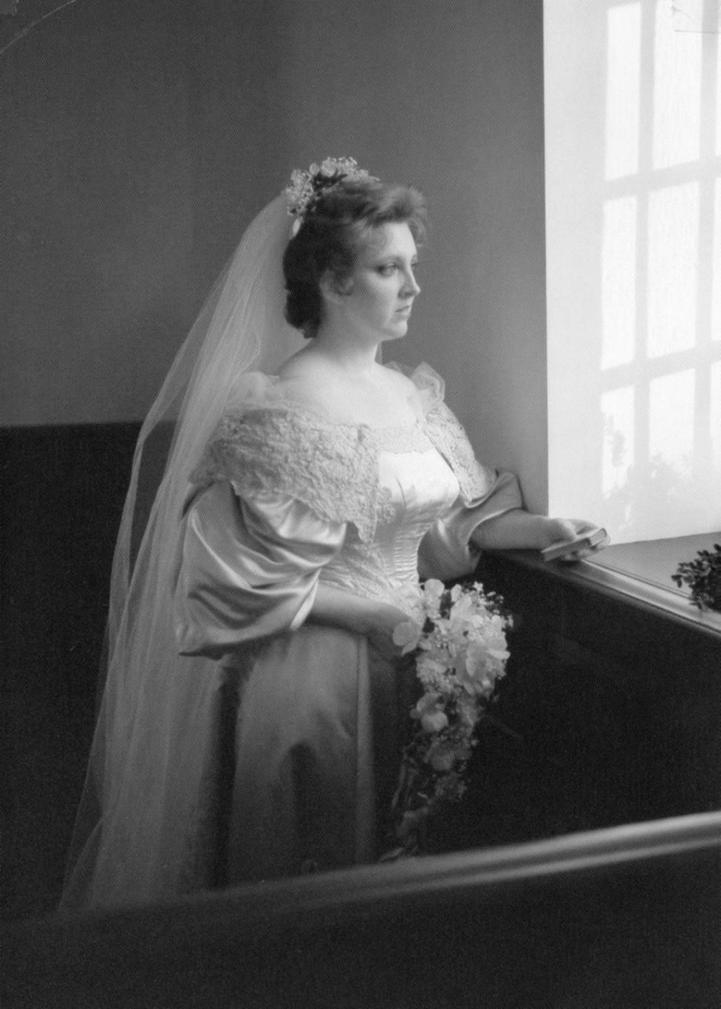 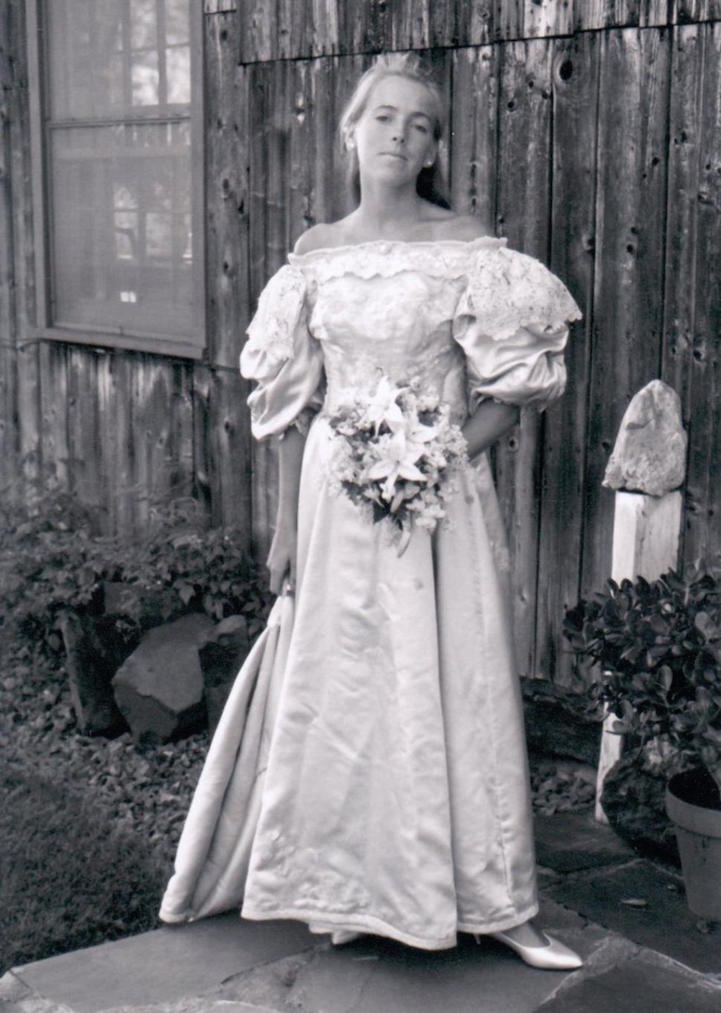 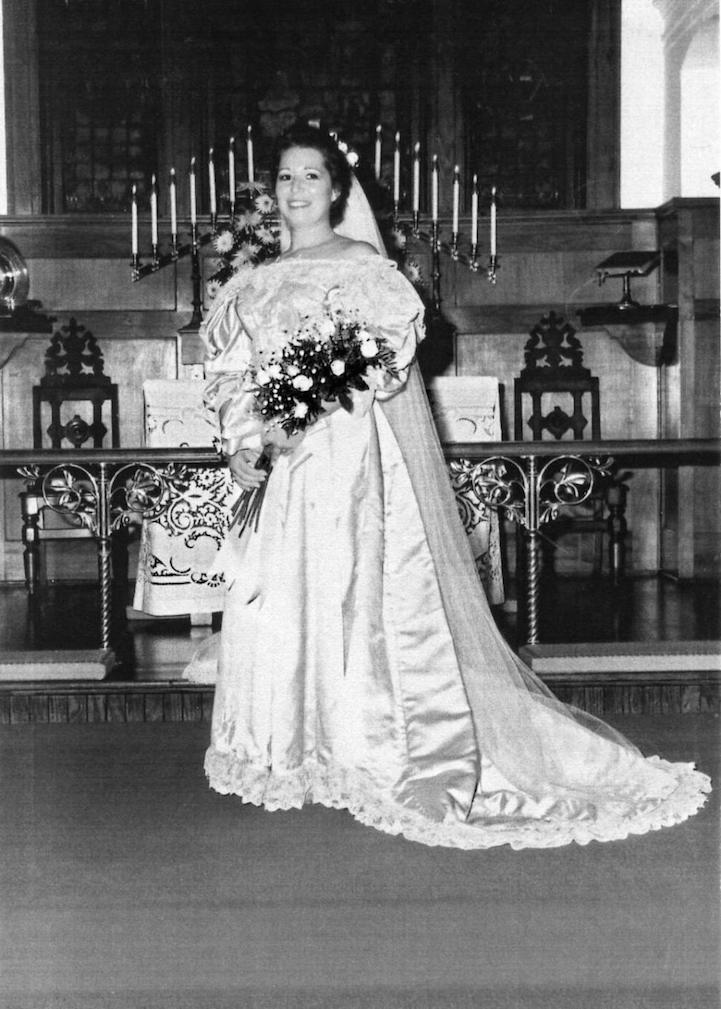 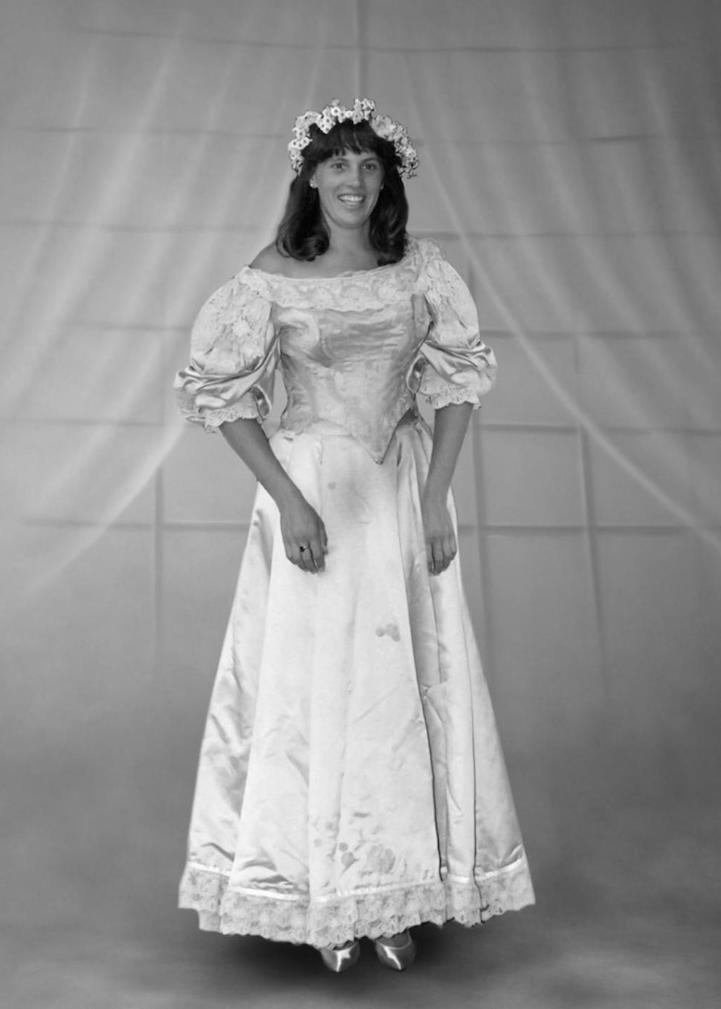