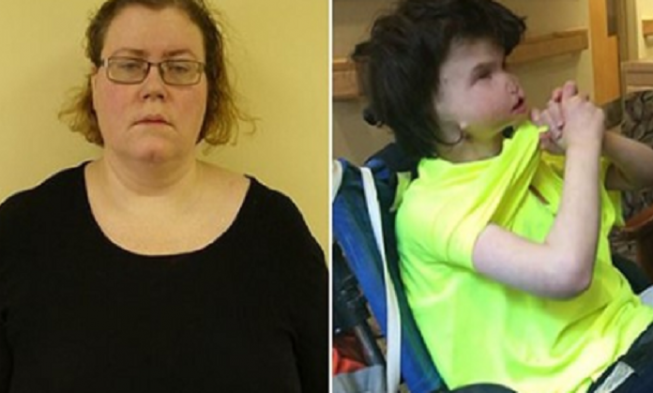 Melissa Robitille, 43, of Hardwick convicted of killing her severely disabled son, pouring vodka into his feeding tube, has lost an appeal over her manslaughter conviction.

She was sentenced in November 2017 to four to 12 years in prison, as she was found guilty of involuntary manslaughter in the 2014 alcohol poisoning death of her 13-year-old son Isaac. Isaac was suffering from a brain abnormality that required round-the-clock care.

According to the prosecutors, Robitille and her boyfriend, Walter Richters, poured vodka in Isaac’s feeding tube to keep him quiet because he was being fussy. This caused his death later.

Isaac Robitaille’s doctors would not have expected one ounce of alcohol to kill him. But, he weighed only forty-nine pounds at the time and he was extremely vulnerable to fluid imbalances due to his diabetes insipidus and other conditions. According to the doctors, even a small amount of alcohol could be fatal for him.

After being convicted of manslaughter for his role in the boy’s death, Richters was sentenced to three years in prison.

On the morning of August 22, 2014, Robitille found Isaac unresponsive in his bed and immediately called the police to report. By the Vermont Medical Examiner Isaac’s brain condition was listed as the cause of death, while alcohol was listed as a ‘contributing’ factor, and his death was ruled a homicide.

According to the autopsy, his blood alcohol content was 0.146 percent, which is about twice the legal limit for driving.

Additionally, the 13-year-old Isaac was blind, had no ears, a cleft palate, and developmental delays in terms of walking and talking. Because of that, he needed at least 80 hours of care-taking every week.

He was fed by the tubes, which supplied him with a diet of a pediatric nutritional drink, water, baby formula, and vitamins.

As he was having a particularly bad night, Robitille decided to put vodka in his feeding tube to make him settle down. She apparently told her fiance Walter Richters that the alcohol wouldn’t harm him.

In October 2015 the couple were both charged. Later on, in the spring of 2017, during Robitaille’s trial, the defense tried to paint her as a loving, devoted mother who made a mistake. They even cited a blog that she kept about Isaac’s condition.

At her sentencing, Robitaille’s own family members asked the judge for a strict sentence, painting her as a neglectful, and abusive mother.