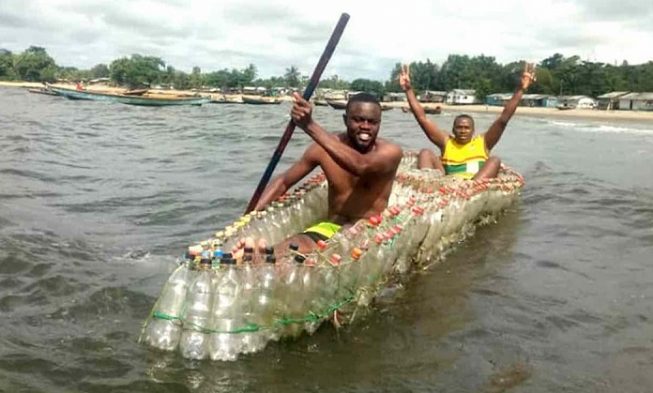 Plastic bottles are the most common plastic pollutant in the world. This young Cameroonian wanted to reduce the plastic in the environment and started collecting these bottles and making them into “EcoBoats.”

This young Cameroonian is named Ismaël Essome Ebone and he got this idea after viewing the plastic bottles floating on top of the waters in a storm in 2011. He started collecting plastic bottles around his town and started working on his first “EcoBoat.” Ebone tested his creations after another storm passed by. His boat worked and it even surprised Ebone himself.

Inspired by the work he made, Ebone invested all of his money into creating a nonprofit called Madiba & Nature. This nonprofit is a charity that sole purpose is to collect plastic waste from the region and reproducing it into boats for fishermen and ecotourism.

The project was a complete success and the Cameroonian organization began its first-ever nation EcoBin that is meant to sort, collect, and recycle waste materials.

A post from the nonprofit’s Facebook page states that: “The EcoBin makes it easier to collect plastic bottles in a smart way and avoid polluting rivers and the ocean in Kribi and Douala! From plastic waste to EcoBoat and EcoBin, the revolution is on the way.”