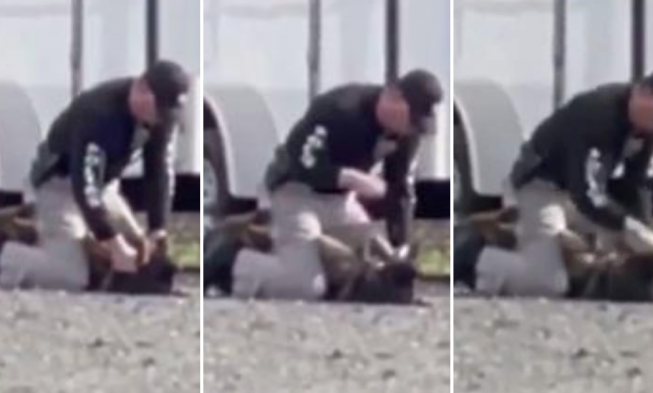 A California cop got taped while sitting on top of his partner – a K-9 police dog – and aggressively hitting it.

The witness who taped the cop claimed the dog was weeping and was clearly in distress. However, officers from the police station stated that the cop caught on tape was actually doing routine training and teaching the animal who’s in charge.

Despite the claims for the media, the police are investigating the supposed violent assault.

His Facebook post quickly gained attention, expressing their indignation at the dog’s treatment with hundreds of people, describing his acts as ‘repulsive’ and ‘horrible.’

That’s why the Vacaville Police Department was quickly obligated to share a public response that clarified that the incident happened during dog training.

Captain Matt Lydon of Vacaville Police says the K-9 trainer was doing a drug search with his dog. During the training session, the dog performed well and the handler rewarded his partner with a toy as a treat. The problem was, the dog didn’t want to let go of the toy.

The K-9 trainer caught on tape was a police officer for 11 years, but he’s new to the K-9 trainers unit. He’s only been there for a few months.

What do you think of this person’s behavior?