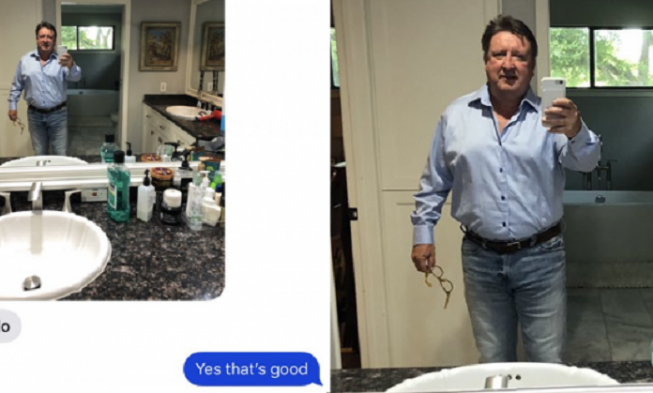 Being a single dad has its own challenges, but when the children grow up, they became his best friends. Being a best friend sometimes means to be an advisor, and some wise suggestions when it comes to dating are more than welcome.

When a single dad had cold feet before a date, he turned to his daughter for outfit advice. Jeff Saville is a single dad of four daughters, so before his rendezvous, he texted his 19-year-old daughter, Carli, and sent his “mirror selfies”.

Carli chose the long-sleeved button-down shirt tucked in with a belt over an untucked short-sleeve white shirt. Yet, they were both unaware that their exchange will soon go viral.

This girl shared the exchange with her dad before his dad

“Life with a single dad, asking for advice on dad outfits My heart <3”

As the post grew in popularity, it has garnered 6.1k retweets and 169 thousand likes so far. 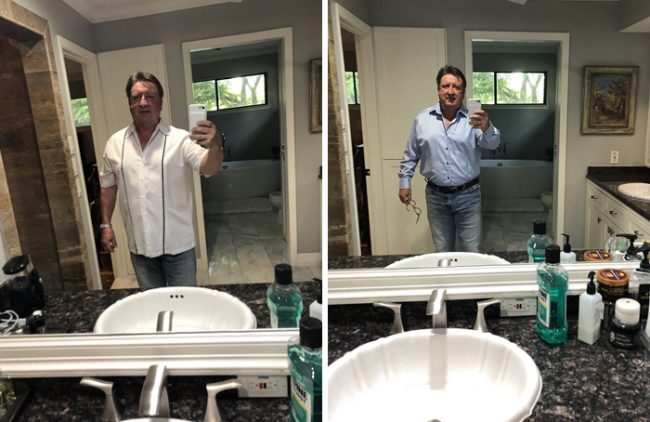 Jeff sent Carli photos of him wearing different shirts, and every time she probably took a while before responding, he texted her “Hello”.

People online thought this exchange is hilarious and adorable.

“He is Twitter’s single dad now, protect him at all costs. This is the face of a man who deserves some happiness. Going to such effort and not scared to ask for advice. When I grow up, I wanna be just like him.”

Unfortunately, Jeff got stood up 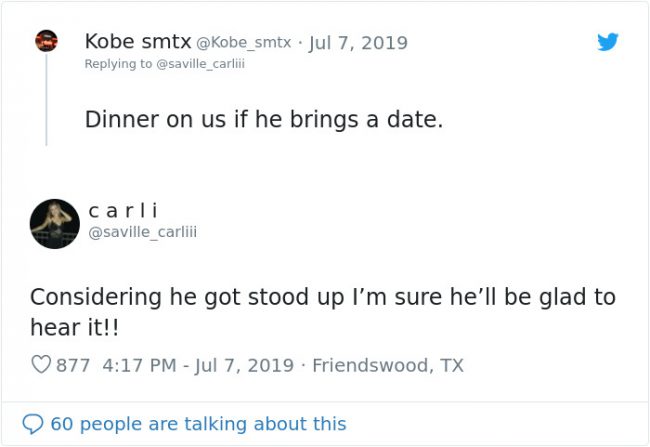 Kobe San Marcos, a restaurant in the area, wrote: “Dinner on us if he brings a date.”

Yet, his daughter then replied that he got stood up, so their invitation would surely cheer him up.

At this point, people became even more fond of the single dad. Here are some of their comments:

“Whoever stood him up is going to hell.”

“Awwww I know I don’t know you but I’m so sorry he got stood up he looked very nice in both shirt, but blue is definitely his color hope he finds a good woman that’s worthy of him!!”

“Your dad is killing it either way! I hope he finds the right person!”

People got angry because he was let down 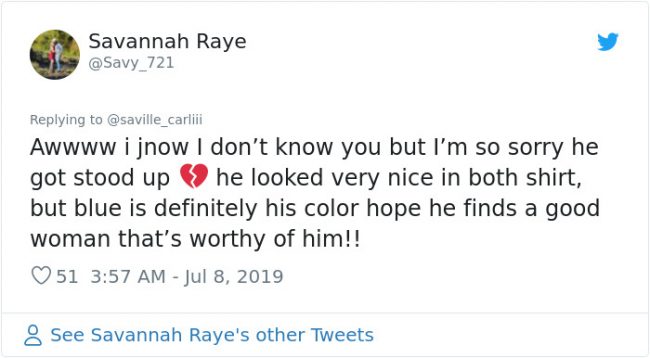 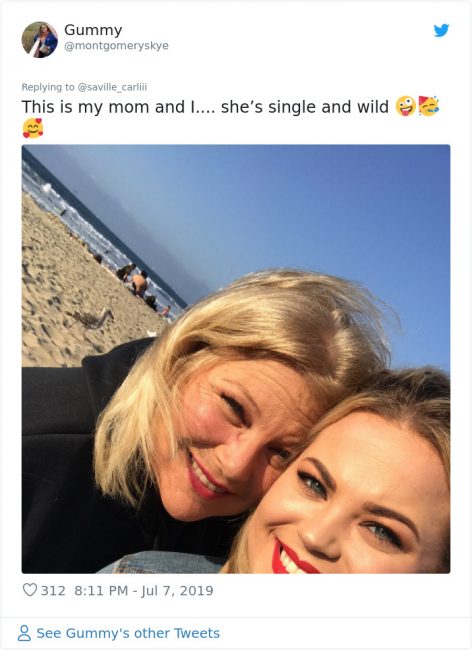 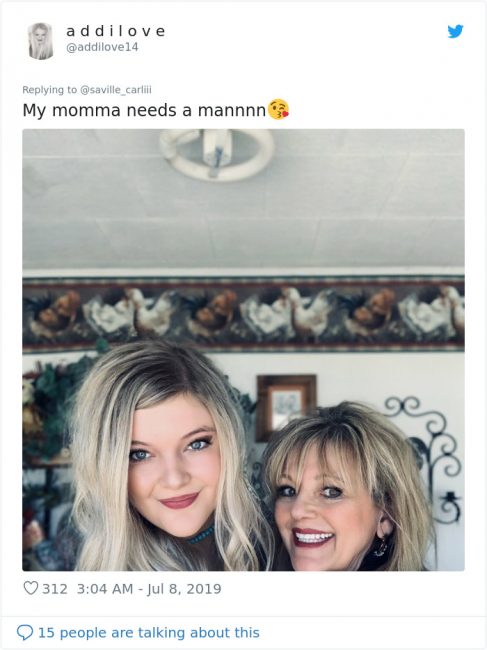 Jeff didn’t have a Twitter account until his photos brought him fame, but Carli explained that his popularity did not make him feel embarrassed or angry, and he “was excited watching the tweet get more and more attention.”