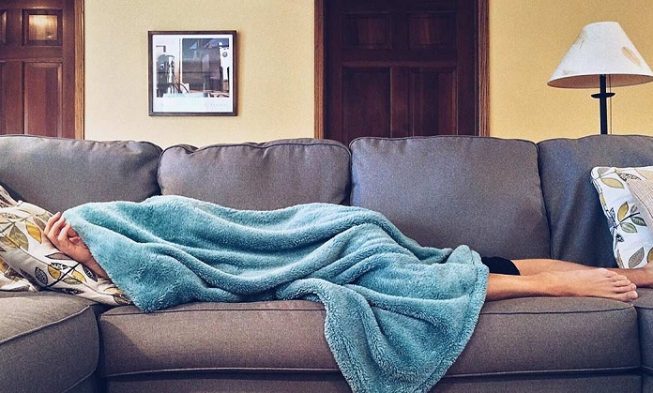 You’ve probably been so tired during the day that you’ve fallen asleep on your desk in the afternoon or having a hard time staying awake while you’re driving and pulling down your windows hoping the fresh air keeps you awake. A lot of research has been done by the American Sleep Association which shows that most Americans are sleep-deprived.

ASA states that 35% and more of adults in the US usually get less than seven to nine hours of sleep. About seventy million adults have sleeping disorders.

Sleeping will help your brain function better as well as other crucial systems in your body. Having minor sleep deprivation might sound like not a big deal, accumulating over time, it can cause a big consequence to your health.

Increased anxiety of your sympathetic nervous system is directly associated with chronic sleep deprivation. The sympathetic (fight-or-flight) nervous system is useful when you’re catching the bus or working out, however, if it’s active constantly, it can exhort your body to feel chronic stress. Having chronic stress can have a direct effect on your metabolism as well as your circadian rhythm. Chronic stress might also cause you to have chronic systemic inflammation.

Mood disorders are also big symptoms if you are sleep deprived. You might also experience some cognitive, memory, and performance deficits even if you are healthy. Your life quality will be lowered to the extreme.

After we finished preschool, most of us stopped having a daytime nap. Health experts show that this childhood habit might be very beneficial for adults as well. Full night sleep is pretty much impossible for many people, especially in America. However, giving yourself a routine during the day to take a nap will give you a huge step to receiving huge health benefits.

Many great minds and leaders in the world such as Sir Winston Churchill and Albert Einstein had the daily routine of taking a nap. Experts proved that taking sixty to ninety-minute naps can give the same beneficial effects as having a full night sleep.

Scientists at Harvard University made a study in 2010 which proved that taking any kind of naps (including short naps) can improve learning capabilities as well as memory.

A study released in the BMJ Journal, Heart, showed that people that took naps just twice per week were less likely to have a risk of cardiovascular diseases. People that participated in the study were healthy people between the ages of 35 and 75. These participants were monitored in five years.

During that period, 155 cardiac events took place. The study showed that the people who napped twice a week had almost 50% lower risk of experiencing a stroke, heart attack, or heart failure than the ones who took no naps.

However, the researchers showed that there’s a correlation between the duration of the naps and risk of CVD events, proving that even a small nap can have extreme benefits for your heart.

Dr. Kristine Yaffe and Yue Leng, Ph.D. of the University of California made statements on their research:

“While the exact physiological pathways linking daytime napping to [cardiovascular disease] risk is not clear. [ this research] contributes to the ongoing debate on the health implications of napping and suggests that it might not only be the duration, but also the frequency that matters.”

An American psychologist and director of the Harvard University Psychiatric Rehabilitation Center, Bill Anthony, states that taking naps can lead to a great reduction of cortisol, which is the hormone that leads to stress.

A big reason for this is the previously mentioned sympathetic nervous system. The evolution of the fight-or-flight response became so that humans (as well as other mammals) can have a quick reaction to situations that threatens one’s life. However, in the modern age of today, the body can make non-threatening situations such as having work problems, being stuck in traffic, or family stress as life-threatening and make an overreaction that will activate the system.

The brain releases epinephrine, otherwise known as adrenaline, in your bloodstream once it senses stress. This leads to the release of cortisol which will keep the body pumped up and keeping the alert high. This can be useful for your body if you are being chased by a bear or another threatening animal. However, if it happens constantly, it can have a very negative effect on your body.

Other additional benefits come by taking regular naps. Getting a quick nap in the middle of your day can give your reaction and alertness times a much quicker response. The naps can also help you with improving your tolerance and frustration, as well as making you less impulsive.

Jennifer Goldschmied, a University of Michigan doctoral student stated that “Frustration tolerance is one facet of emotion regulation. I suspect sleeping gives us more distance [from an emotional event] — it’s not just about the passing of time.”

Replacing caffeine with an afternoon nap can help you improve perceptual learning and memory consolidation.

Even if you don’t have time to take a ninety-minute snooze during the day, you can take a shorter nap which will give you all the benefits. Experts claim that twenty to thirty-minute naps can be enough, except if you are sleep deprived. If you’re not sleep-deprived and take naps longer than ninety minutes, it will make you feel much slower and sleepier after and can lead to having less sleep during the night.

Make sure you’re taking your nap at the right time. If you take the nap after three in the afternoon, it might interfere with falling asleep during the night. Because of that, make sure you take your naps early in the afternoon. Find a quiet and dark place with a temperature of your liking and sleep.

When you finish your nap, give yourself some time to wake up before you get up and do anything which might require a fast response. It is similar to waking up in the morning. Your body and mind might need a couple of minutes so they can be on full alert.