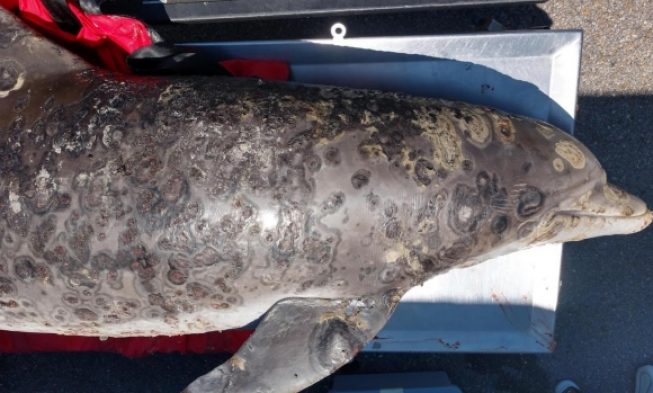 Dolphins, which are amongst the world’s most favorite animals are suffering from a horrifying skin disease. Dolphins are really at risk because scientists have said that this a deadly disease, which means it’s killing them. According to scientists, the disease is closely related to climate change.

There’s been a new study, regarding this issue 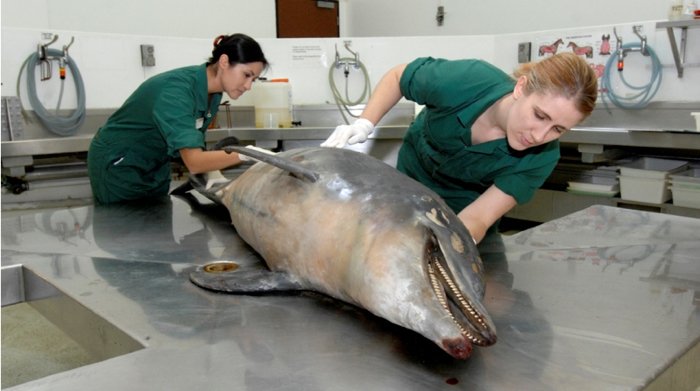 There’s been a new study, published in the journal Scientific Reports. It showed that the researchers found out that as a consequence of floods, storms and cyclones there is an increased frequency and severity of rainfall stemming.

Apparently, that’s what has made the salinity of coastal water decrease drastically. And all that together is the reason why dolphins have to deal with this deadly skin disease.

Regardless that fact that dolphins are used to temporary fluctuations in the salt quality of the water, these can last for too long. These systems need weeks to months to recover. Therefore, it leaves he dolphins exposed to it for quite a long time.

This is not the first time the scientists noticed the disease. It was right after the Hurricane Katrina, in 2005. It was then when they noticed that about 40 bottlenose dolphins have suffered from the disease.

But back then they could find the link to the cause. Now, they relate it to climate change. Scientifically they call it ulcerative dermatitis, or in other words freshwater skin disease that affects dolphins and prolonged desalination of the water they live in is the cause that led to it.

How does the disease affect the dolphins?

According to the scientists, they symptoms they develop include patchy lesions noticeable on their bodies and they are losing the color of their bodies as a consequence of a variety of fungal and bacterial species. In some cases, it’s covering like 70% of their skin.

Scientists explain that with their open wounds, ions and proteins can leak out of their skin as freshwater rushes in. And the lesions lead to electrolyte disruptions in their blood stream.

Hence, there’s organ failure. On top of that, the open wounds let the fungus and bacteria find their way inside their bodies and cause a further infection. The lesions are terrifying and devastating. They can be compared with a third-degree burns in humans.