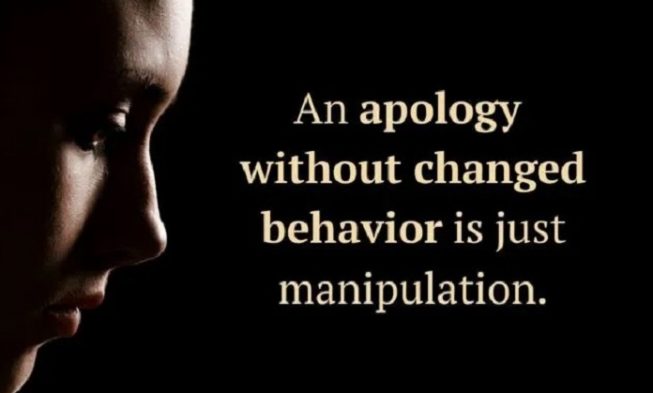 An apology is an act that many people encounter throughout their lives on various occasions. Some of them were forced to apologize as children when they hurt someone, and some apologized freely and felt better immediately after doing so. Sometimes people have complicated feelings about apologies, some feel embarrassed apologizing while others are ashamed that they didn’t.

According to researchers and psychologists, there are many important reasons why an apology is needed, especially if social rules are violated, and they are reflected in the following:

– An apology is a good act when a rule of social behavior is violated, which allows others to feel safe

– Apologies restore dignity to those who have been hurt.

– Apologizing can improve relationships so that people feel comfortable again.

– A sincere apology allows people to know that the one who apologizes is not proud of what he did and that he will not repeat such behavior.

To prevent unpleasant situations and reduce the risk of them, an apology is used to eliminate the escalation and create a neutral situation, even if there were no violations.

Not all Apologies are Positive

Because of false excuses, many people can get stuck in toxic relationships.

“I’m sorry if your feelings were hurt.”

“I am sorry, but you’re misunderstanding.”

These apologies are toxic because they are denying responsibility. Using the words “If” and “you” in an apology means avoiding responsibility for an existing problem. It is the same with the use of the word “But,” because it implies that there are circumstances that justify actions, and the journal Psychology Today claims that this way of apologizing “abolishes the apology.”

Apology ceases to be an admission of injustice and becomes an amateur theatrical production when you are in a relationship with a toxic person.

“I’m the worst person in the world.”

“I don’t deserve your forgiveness.”

The toxicity of excessive apologies is just the opposite of the goal of a real apology. This way of apologizing is just putting your own feelings on the center stage. This is, first of all, a consolation and not a real apology, and it is both a manipulative and violent tactic.

This apology is not a confession of the one who made a mistake, so it is toxic. The apology is actually alleged, confirms the injustices, consists of a promise that it will not be done again.

This apology is worked out by conditions so that apology is meant to be silenced.

Here are some examples:

“If I apologize, you should dismiss this.”

” I’ll apologize, but you have to give me what I want”

“If you admit it was your fault, I’ll apologize ”

The toxicity of this apology means that someone else told them they were wrong, so they came to apologize. The opinion of a third person about the behavior of the one who apologizes is more important in this case than the personal feeling.

Here are some examples:

“My friends said I was wrong.”

“My mom told me I had to apologize.”

Why Do Japanese People Apologize So Much?

A well-known Japanese word sumimasen means “sorry,” and that is one of the most famous Japanese words, alongside arigatō (thank you), and konnichiwa (hello). But, sumimasen has more meanings than that of an apology, it is used by Japanese people every day, and used in the following situations:

The Japanese use sumimasen as a nice and versatile word that is necessary to be able to speak smoothly and harmoniously. This word has the meaning of gratitude, it can be used to remove oversight and smooth the situation, and even as self-defense – it is important to recognize its diversity. Anyone who understands the meaning of sumimasen can easily deepen their understanding of Japanese culture and communication.

A false apology can often do more harm than no excuse at all. Here are a few key things to keep in mind so you can apologize honestly. They can help you maintain healthy, happy relationships with friends, loved ones, and family.

– Know when to apologize

– Make amendments – readiness to introduce something into it.

– Reaffirm boundaries – healthy boundaries are important in any relationship.

A Word from Very well

Apologies can sometimes be complicated, but it can be an important part of repairing or maintaining important relationships. Including empathy, an open heart, and a dose of courage, you can take the steps necessary for a sincere apology.