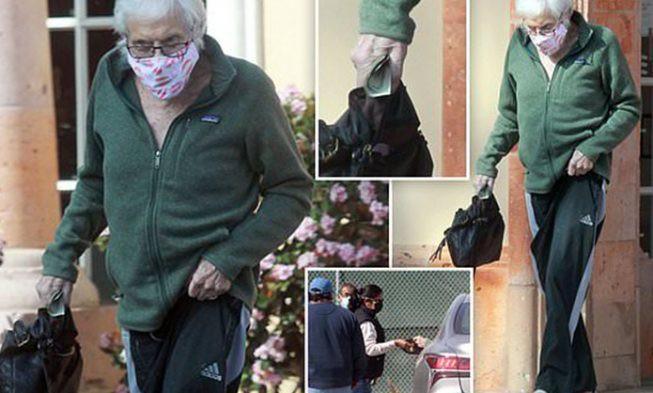 Humanity is the human race. In hard times like this, we should always help each other. Each one of us should try to do and give our best. To show compassion is humanity. It’s easy to love our family and close friends. But it takes special courage to love people who are not even close to identify with. An example of humanity is treating people with kindness, which one actor proves.

On one ordinary Tuesday, while running errands, the 95- year old actor Dick Van Dyke, gave money to members of his community.  He was seen stopping by a bank, and then he withdrawed money from an ATM. Van Dyke visited a non- profit organization that helps unemployed people find local jobs.

The Mary Poppins star parked his car outside the facility, then handed out piles of bills to people waiting in line. The generous act comes at a time when the coronavirus pandemic has left many people unemployed.

As millions of people are struggling to make ends meet after losing their jobs. It’s unrevealed exactly how much money he gave out. Van Dyke due to his elder age is exposed to increased risk for severe illness from COVID 19, but seemed unbothered and in high spirits as he helped out those in need.

Earlier that day, the star was seen picking up groceries from his local pharmacy. He later stopped to withdraw a bundle of cash to give to the people at the center.

The actor during this generous act, wore a green jacket, track pants, sneakers, and protected himself with kiss patterned face mask. It is unknown how much money Van Dyke gave. Anyways the recipients were touched by his heartwarming act of kindness.

Dick Van Dyke (born 1925) is an American actor, comedian, writer and producer. He first gained recognition on radio and Broadway, then he became known for his role on the CBS television sitcom The Dick Van Dyke Show.

Dick Van Dyke singing “Chitty Chitty Bang Bang” in a restaurant is the content we all need right now! pic.twitter.com/kGvqCgLvPe

On television, he is known for his roles in The New Dick Van Dyke Show, Diagnosis: Murder and Murder 101.