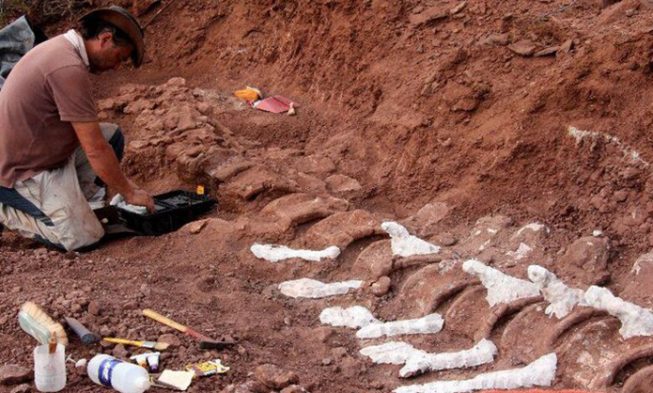 A team of researchers managed to uncover evidence suggesting that the remains of a dinosaur – and a massive one, for that matter – that was discovered in Argentina in the year 2012, could potentially be the largest creature ever to walk our Planet Earth, as far as we know.

The skeleton still has a long way before it’s complete, but what they found implies that the dinosaur could be more than 120 feet long.

They are still unable to guess yet as to whether the giant bones belong to a species that they can recognize or anything different that they haven’t seen yet, however, the team at this point suggests the specimen bones might be much bigger even than the Patagontitan, a 122-foot, almost 70-ton titanosaur. 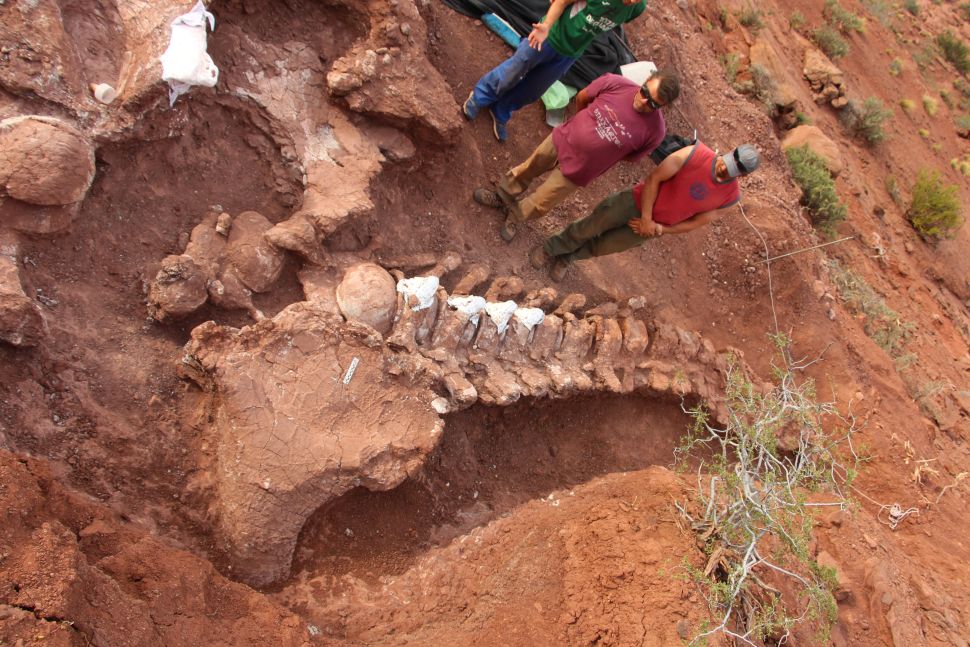 For researchers to be able to declare the bones of this particular dinosaur as a new species or assign it to an already recognized one, it’s not enough for them just to find the bones. There are many exams that need to be conducted. The researchers are optimistic, however, that they will be able to identify it as a completely new species once the excavation is complete and once they’ve managed to dig out all the bones.

At the moment, it is quite difficult to reach the location of the discovery, so the logistics are very complex.

So far, this particular dinosaur has been said to date back 98 million years ago. That means it’s probably originated in the Early Cretaceous or the Late Jurassic. They managed to excavate 24 vertebrae, all belonging to a giant tail, parts of a pelvis, and a pectoral girdle.

These findings, thus far, have helped to fill numerous holes in information about these giant creatures and also raise concerns about how they have grown so large. 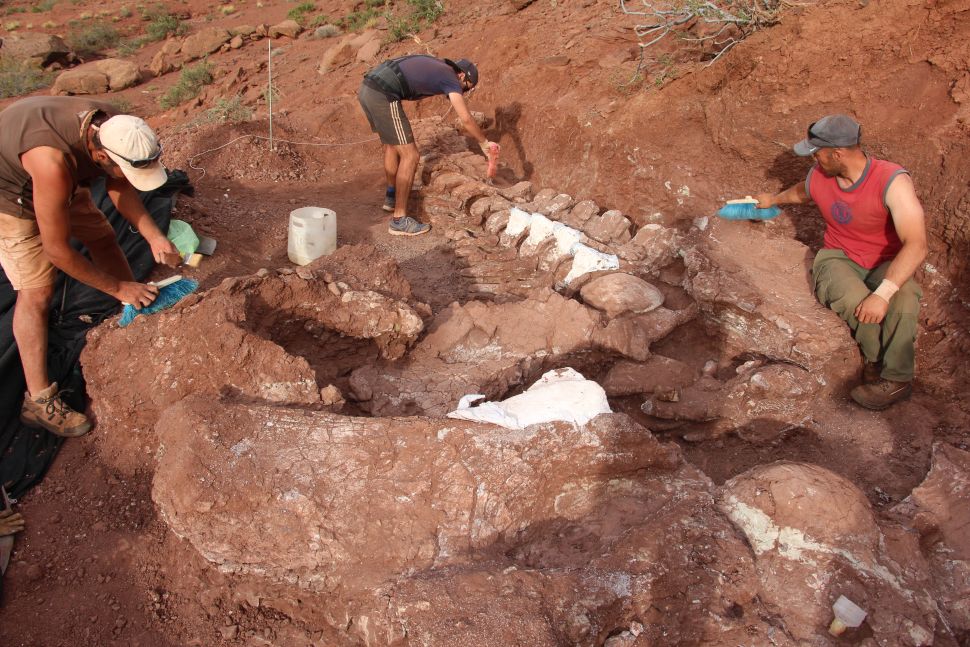 Researchers would need to keep excavating to draw a conclusion about this dinosaur’s species and to be able to estimate its scale more accurately. For scientists to be able to facilitate such calculations, the load-carrying bones such as the femur and humerus will be really helpful.