Birth defects or conditions that are present from the birth of a baby are called congenital conditions. These conditions are generally caused by a mutation in the genes, unfavorable environment in the uterus, or both at the same time. One such birth defect is the Freeman Sheldon syndrome.

The Freeman Sheldon syndrome is characterized by contractures, or joint deformities, which can restrict the movements of the feet, hands, as well as abnormalities of the face and head. The face deformities can result in the person having a small mouth with pursed lips, prominent forehead and brow ridges, widely spaced eyes, a short nose, short area between the nose and the mouth, narrowing of the eye-opening, small tongue, droopy eyelids, as well as a small jaw.

Generally, this syndrome is caused by an MYH3 gene mutation but it’s not the only cause. There are some cases where the person inherited the disease either in an autosomal dominant or autosomal recessive manner. In other cases, the syndrome occurs with no apparent cause. Even though there is no cure or treatment for the syndrome, there are treatments for managing the symptoms.

Social media has done the opposite of what it’s supposed to do. Instead of connecting us all as individuals, people are constantly being bullied or criticized either for their ideas, likes, or looks. Because everything is done from the monitor and not face to face, people are freer to type and post whatever they think, whether it’s good or extremely bad for the other person.

Melissa Blake is one example of this toxic community on social media. As a freelance journalist that suffers from Freeman Sheldon Syndrome, Melissa became viral after online trolls attacked her for the way she looked. Instead of falling for their mean words, Melissa fought back. 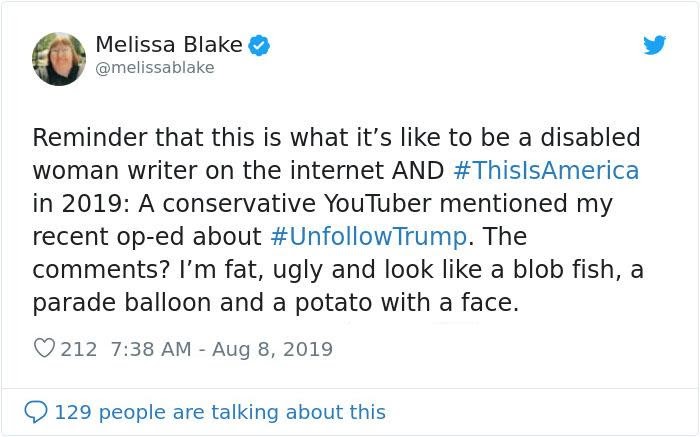 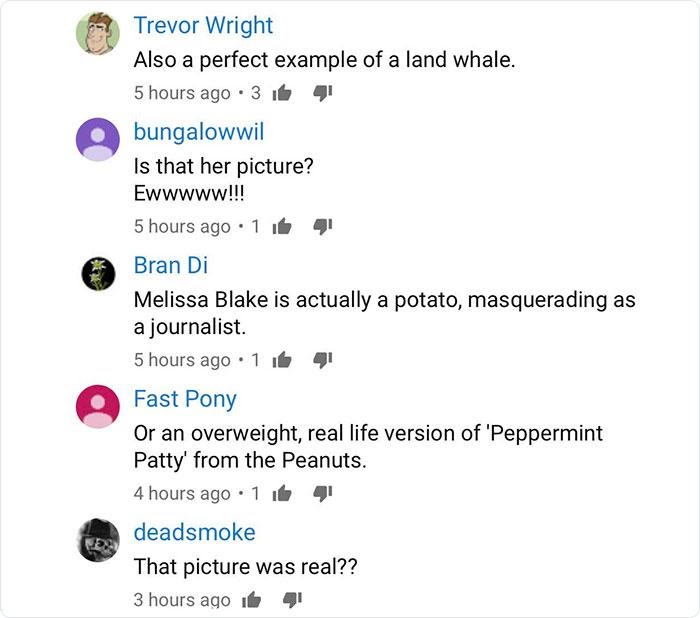 After appearing on a YouTube video that featured her thought-provoking article about Donald Trump, many people ignored her ideas and focused only on her appearance. Most of them were very rude and cruel, calling her all kinds of names. Even though Melissa has always ignored the comments and stares of mean people, she had enough this time. She explained that people called her ugly and told her to never post a picture online. Others called for her to be banned to post photos which hurt her incredibly. Instead of following these internet trolls, Melissa decided to post three selfies of her on Twitter.

During the last round of trollgate, people said that I should be banned from posting photos of myself because I’m too ugly. So I’d just like to commemorate the occasion with these 3 selfies… 📸😉👋🏻 pic.twitter.com/9ZuSYFOtwv

After expecting negative comments, Melissa was surprised by all the positive feedback she got. Her post went viral with over 10k comments and 320k likes. The post was also retweeted 36.9K times. 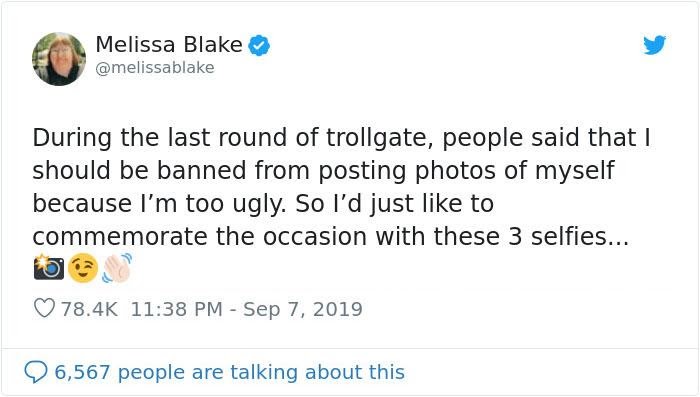 All of the experiences with not being taken seriously and people making fun of her looks made Melissa develop a thick skin. Even though she is still bothered by mean comments, Melissa decided to create a challenge called #MyBestSelfie and encouraged people that followed her to share their selfies and write kind words to themselves. 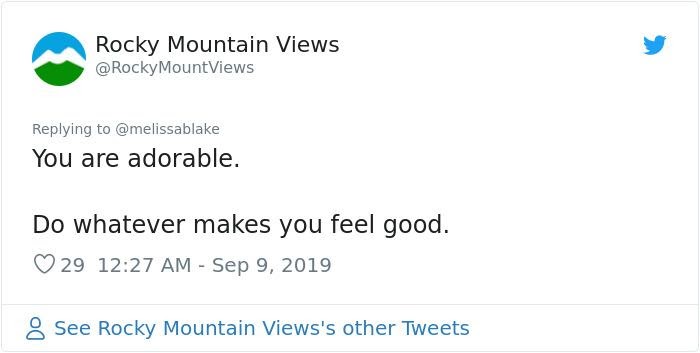 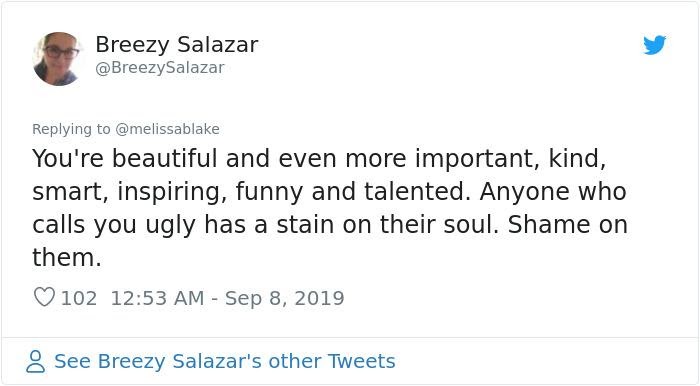 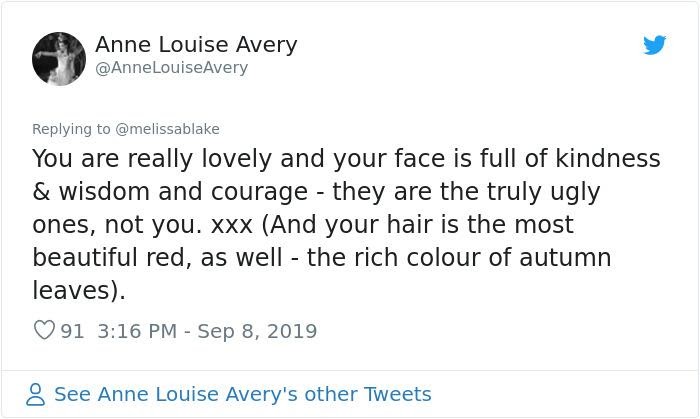 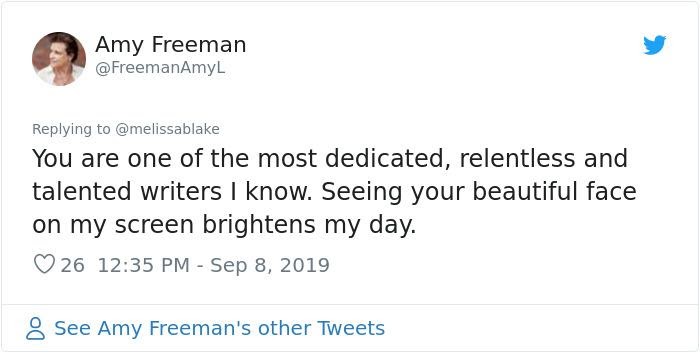 What many people don’t know about Melissa is that she underwent 26 correctional surgeries fixing the contractures in her knees and hands. Additionally, the surgeries were also for scoliosis which caused her spine to twist. She continues to fight for disabled people and treating people how they want to be treated. 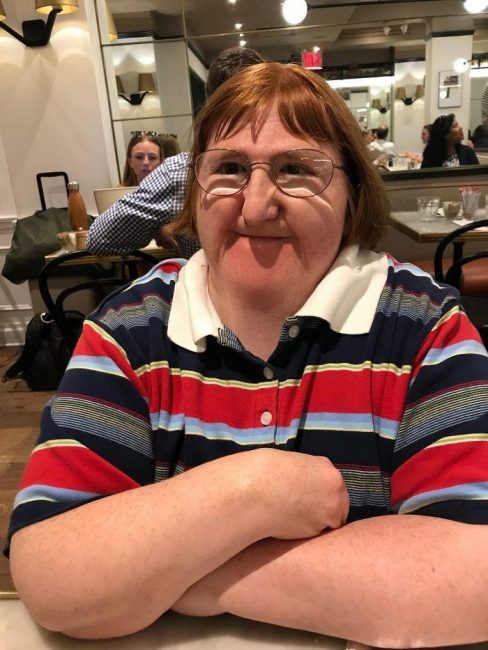 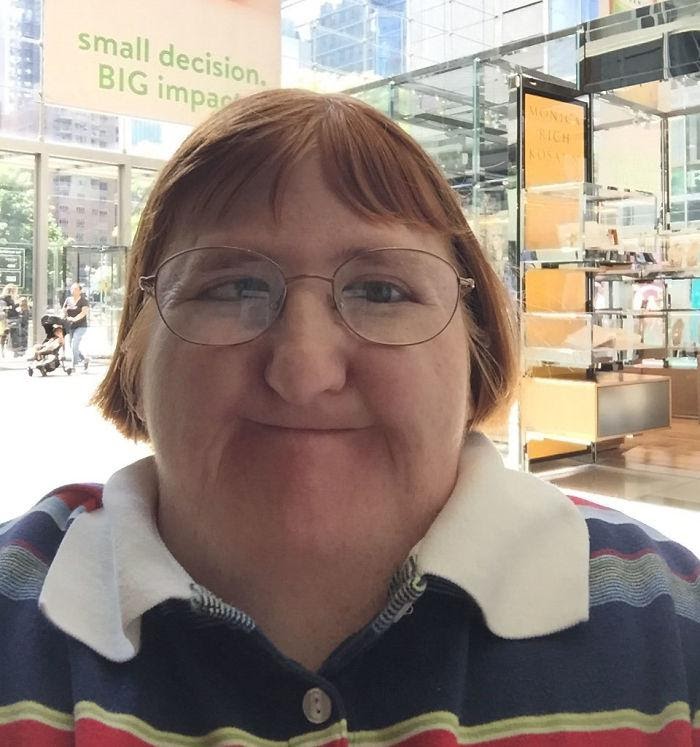