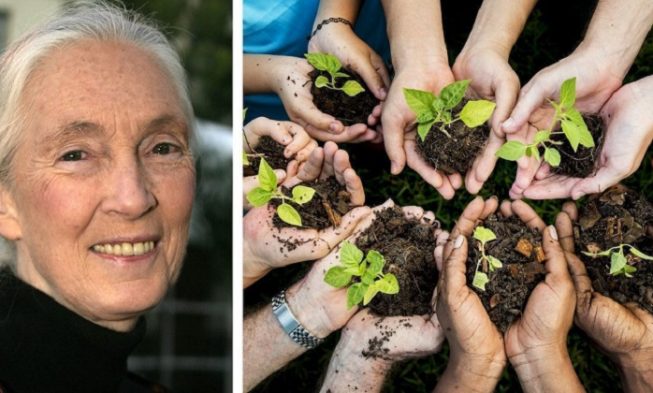 If you have ever planted a tree and felt like you’ve helped the environment then you should see how Dr. Jane Goodall does it and learn from her. Jane is a famous primatologist and now she made a big challenge to environmentalists throughout the world. She plans to plant or restore 5 million trees by the end of 2020. The reason she’s doing this is to fight against deforestation caused by cattle and mining industries along with others. Jane plans to partner up with the United Nations Environment Program for her campaign of planting 1 Trillion Trees. She also wants to encourage people like us to get involved in her campaign.

“[1 Trillion Trees] offers innovative technologies that will serve to connect tens of thousands of small and large groups around the world that are engaged in tree planting and forest restoration. Creating this ‘greening global community’ will allow for sharing critically needed funding and best practices — just what is needed to achieve the trillion trees goal in ten years. Toward this [1 Trillion Trees] goal, I am proud to announce that our Roots & Shoots program, which empowers young people in 60 countries, has committed to planting over 5 million new trees over the coming year. Now is the time for everyone on the planet to do their part.”

Her program, the Roots & Shoots, plans to encourage younger audiences to become more environmental and passionate about the world and state of the environment in their communities. This program includes younger people to get on the ground and plant as many trees as they can.

The Jane Goodall Institute has organized programs that added millions of trees in our world throughout the years. The institute has also promoted the conservation of parts of the world. Even if Goodall is 85 years old, her age is not making her stop from having a positive impact on the world. Every single one of us should join her in her campaign for a better life.