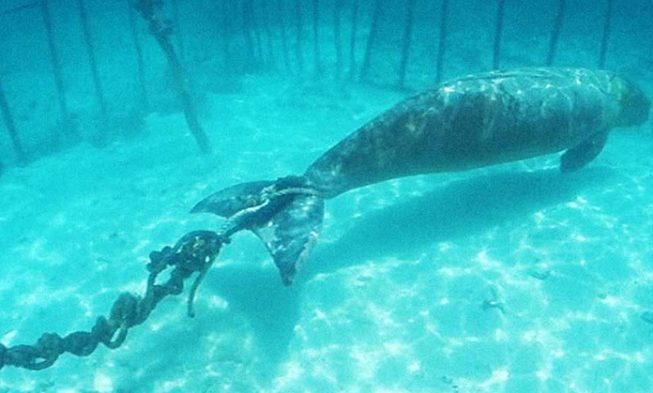 It was December, 2018 when social media shared a story about more than 100 cetaceans that were trapped in secret underwater jails off Russia’s Pacific coast, near the city of Nakhodka.

The whales were caught on drone footage, and no matter how much people wanted to believe that the story was not real, sadly it is.

Why did they keep them in “jail”?

The whales were kept in those jails probably because Russians wanted to sell them to the neighboring China, where they would entertain people in marine parks.

All in all, there are 11 orcas and 90 beluga whales that are found captured in those cages. The business was worth around $6 million, or maybe even more.

However, the act is in violation of the international ban on commercial whale hunting, so this illegal operation has been under proper investigation from the authorities.

The authorities have been looking into the case, trying to discover whether the whales are captured for scientific and educational reasons, as the people responsible for it claim to be.

If that is so, then the whole operation is not strictly illegal. From 2013 to 2016 there were about 13 whales that were legally exported to China. Anyways, in this footage there are way more than just 13 whales kept in cages. Some other companies are pointing out to a loophole in the law where “renting” whales is not strictly forbidden.

Except for looking into the reasons why these cetaceans are trapped in jail, the prosecutors will also examine the conditions is which they are being kept. They’ll try to find out if the whales are being tortured under such circumstances.

Infants may be part of the capture as well

Judging by the size and the number of the whales in the tanks, it might be possible that the tanks contain infants. With that being said, the whole operation is illegal, since keeping infants in jail is not allowed neither for scientific, nor for educational purposes. Experts are worried that this kind of activities may affect the species future.

Greenpeace Russia research coordinator Oganes Targulyan is really worried about this whole situation. According to him, if they keep catching them like this, the entire orca population may be on the verge of extinction.

He adds that even though the limit for capturing up to 13 animals a year is legal, the authorities must not forget about the process prior to the capture. Apparently at least one orca gets killed for every one that is caught.